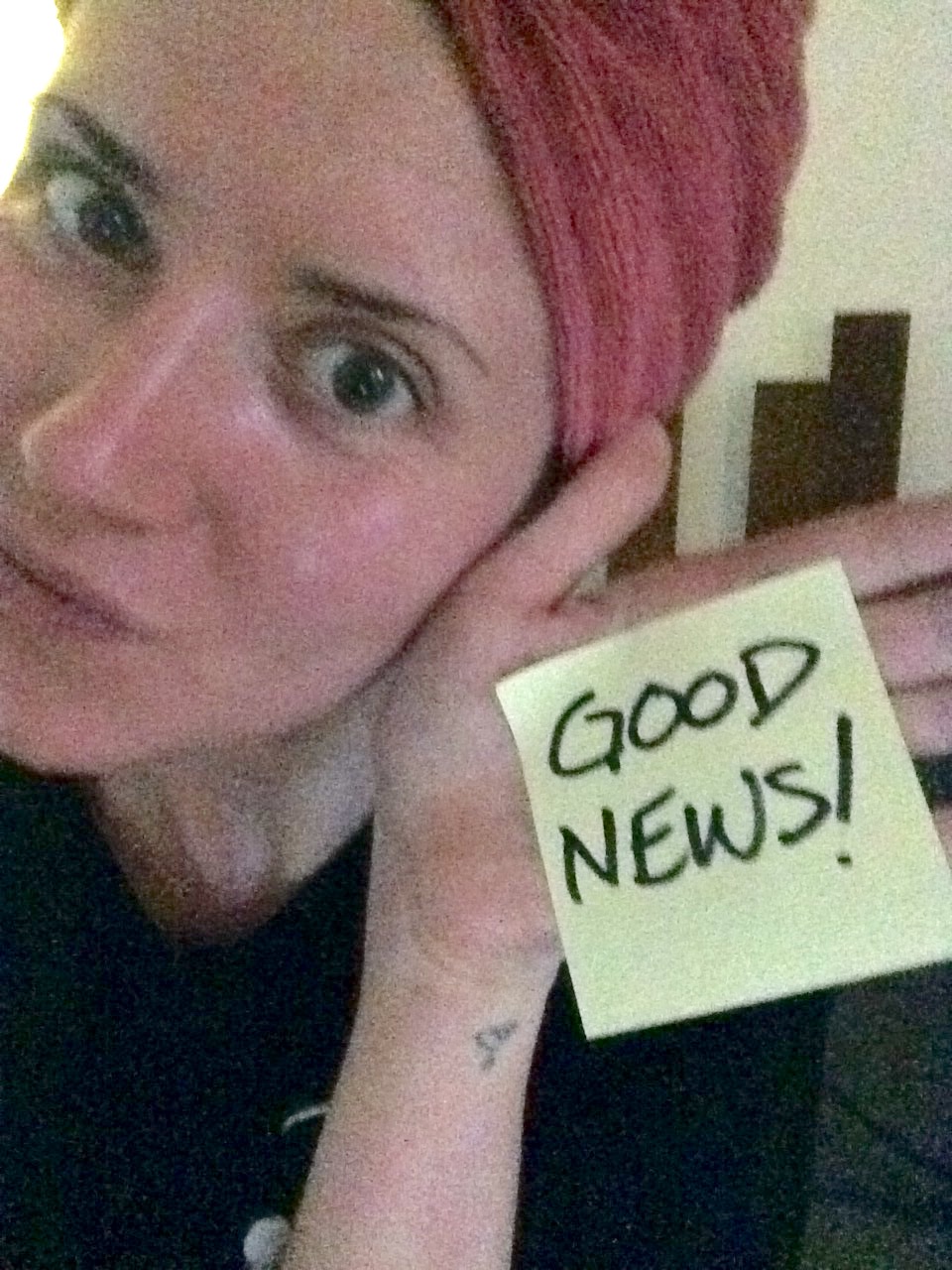 Awwwww you guuuyyys it’s my last weekly Good News roundup of 2016! You know, in years past, I would have felt a twinge of nostalgia saying “Last X of 20XX,” but I really don’t feel anything. TIME IS A SOCIAL CONSTRUCT, like virginity and breakfast. And besides, I doubt anyone’s going to be very nostalgic about 2016, unless it was the year you like, met the love of your life or birthed your adorable baby.

I know, I know, it’s so trendy to hate on 2016, but it was an awful fucking year. Globally, and for me, personally. I was unemployed for the entire year, and it took a toll on every other aspect of my life. I started therapy in March, but everybody knows, starting therapy is only the beginning of the uphill battle to actually feeling better. There was death. Lots of it. But even in all the tragedy, there are so many good things that stand out that I wanna give shoutouts to!

TURBIE TWIST!  Ok why don’t we start with the Turbie twist? Yeah, I’m wearing a Turbie twist in that picture, and I’ll tell you what: the Turbie twist was the best $5 I spent all year. I used to sit around with big, heavy towels on my head, pulling down on my neck. The Turbie twist is so light, I barely know I have it on! Also, it’s so much easier to relax in the bath with my hair up in the Turbie twist than trying to lay back and relax with a massive towel on my head. You guys. Turbie twist. If your lover has long hair, buy them a Turbie twist for Valentine’s Day. Their neck muscles will thank you.

FEMNASTY!  2016 was also the year that Femnasty entered my life! I began writing for them in January and between the outlet for my feminist rage and the fantastic group of women I’ve had the pleasure to get to know, I cannot even begin to say what a …blessing?… Femnasty has brought to me. All of my columns from the year are collected HERE, if you want to look back!

BURNING MAN!  My second year was so much easier, and despite being violently ill right before (and right after), I felt pretty healthy while I was there (a relief considering how sick I was last year)! I’ll never forget singing in the car on the way there, or riding my bike around the art early in the morning while everyone else slept, or all the fun I had bartending and chatting people up! I tell you, every time I daydream about something fantastic, my mind wanders right back to the desert. 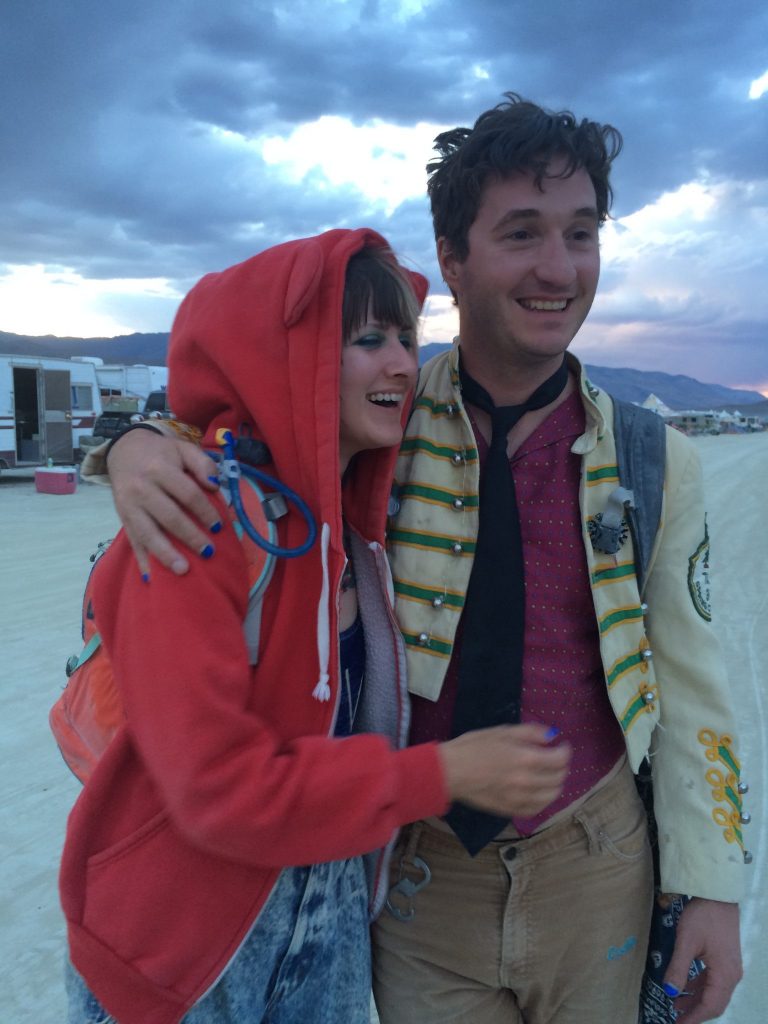 ELECTIONS!  We’ll always remember the disastrous Presidential “election” of 2016, but we should also remember the many downticket victories for women and WOC in 2016! Optimists all say that real change happens on the smallest levels of government. Fingers crossed.

EASY, BREEZY, BEAUTIFUL!  Just after James Charles was announced as CoverGirl’s first male brand ambassador, making me tear up with joy, Nura Afia was signed on to be the first observant Muslim to represent the brand while wearing her hijab! Oh, it makes my pessimist’s heart grow three sizes to see these young ‘uns dreams come true!

BUST!  …And speaking of “dreams coming true,” y’all well remember in March, I started my internship at BUST! Go go go read all my hi-larious articles about periods and mermaids and the nineties and dicks and wine and the nineties… and while you’re over there, GET A SUBSCRIPTION so you can continue to read my articles when they come out in print *wink wink*!

THERAPY!  I mean, this year was a mess for me. While my progress hasn’t always been a straight line, I can’t believe how far I’ve come since the beginning of the year. I’m so grateful to my therapist, and to all the tools and resources she’s given me, and to me, for putting in the work even when it’s uncomfortable and hard. I have a good outlook now.

SKIN!  Dermatology cleared up my face & my psoriasis. Thanks, Obama! And thank you, modern science!

BEATLES!  Singing in Strawberry Fields every year is the next best thing to Burning Man. My therapist suggested I find things that are self-soothing to me, and one of the things that *clicked* was how happy The Beatles make me. Also, apologies/thanks to my boyfriend, who has listened to the entire Beatles catalogue so many times this year. I loved going to sing in the park this year: I made new friends! I was mistaken for a French pop singer! (which was kind of annoying tbh). But most importantly, I felt really safe and happy. 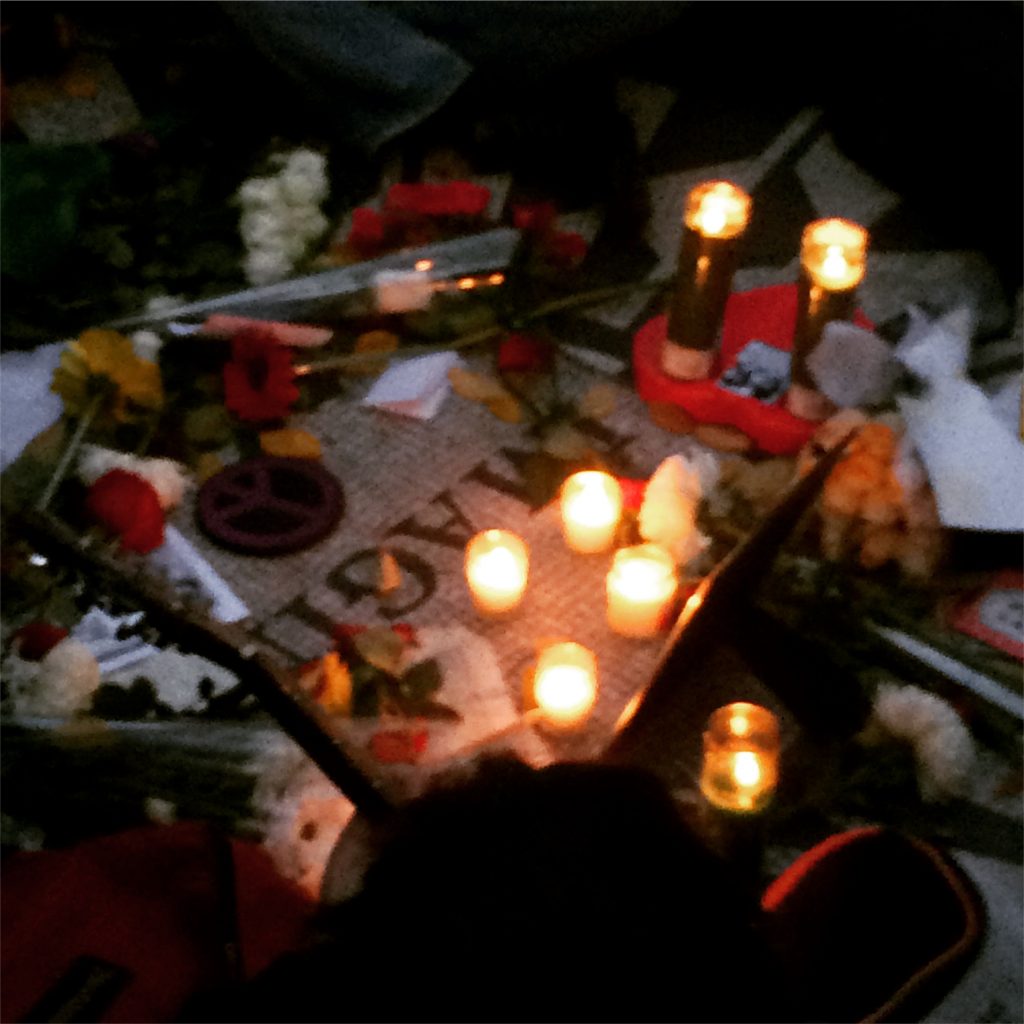 BYE BYE, FEAR!  I flew in so many planes, learned to ride a bike, and went on oodles of job interviews. These may seem like tiny trivial things, but I can’t tell you how many sleepless nights I stared at the ceiling, fretting about each of these things. I pushed myself out of my comfort zone, and while I don’t expect I’ll love job interviews any time soon, I do love riding bikes! And I can’t wait to travel more, now that I’m not petrified of flying!

…and from the Internet…

2016 was the year I started taking real joy in cooking, and I think I may have my new favorite YouTube channel to thank for that: You Suck At Cooking is…just…HILARIOUS. I could watch these videos over and over again (in fact, I have!). I’m totally gonna make that bean dip sometime. And I also learned a how to chop an onion from watching this channel, so, you know, best of both worlds! It’s hilarious AND informative.

If Twitter accounts had awards shows (don’t they?) I think @dog_rates would sweep the awards. It’s cute! It’s funny! It’s a community that has built its own culture around Kenneth and Pipsy and Bront. If you’re not following this account, I mean, really. What are you doing with your life? THEY’RE GOOD DOGS!

This is Pipsy. He is a fluffball. Enjoys traveling the sea & getting tangled in leash. 12/10 I would kill for Pipsy pic.twitter.com/h9R0EwKd9X

Finally, if you’re still ending 2016 on a blue note, donating to any of these worthy causes will instantly boost your mood. I promise. I donated a small amount to Planned Parenthood right after the election, and I hope to set up monthly donations once I start making money at my new job…

Like, they say that it helps to focus on the positive. A year ago, I would have blown air out of the side of my mouth to make my bangs dance in skepticism at the very thought. You know, like this:

But after forcing myself to find little positive things in every week, I have to say, it really works. So I’m planning to continue to keep Fridays around here as Good News Fridays. And you know what? I think maybe 2016 wasn’t all that bad. In fact, some of it was even…. GOOD!