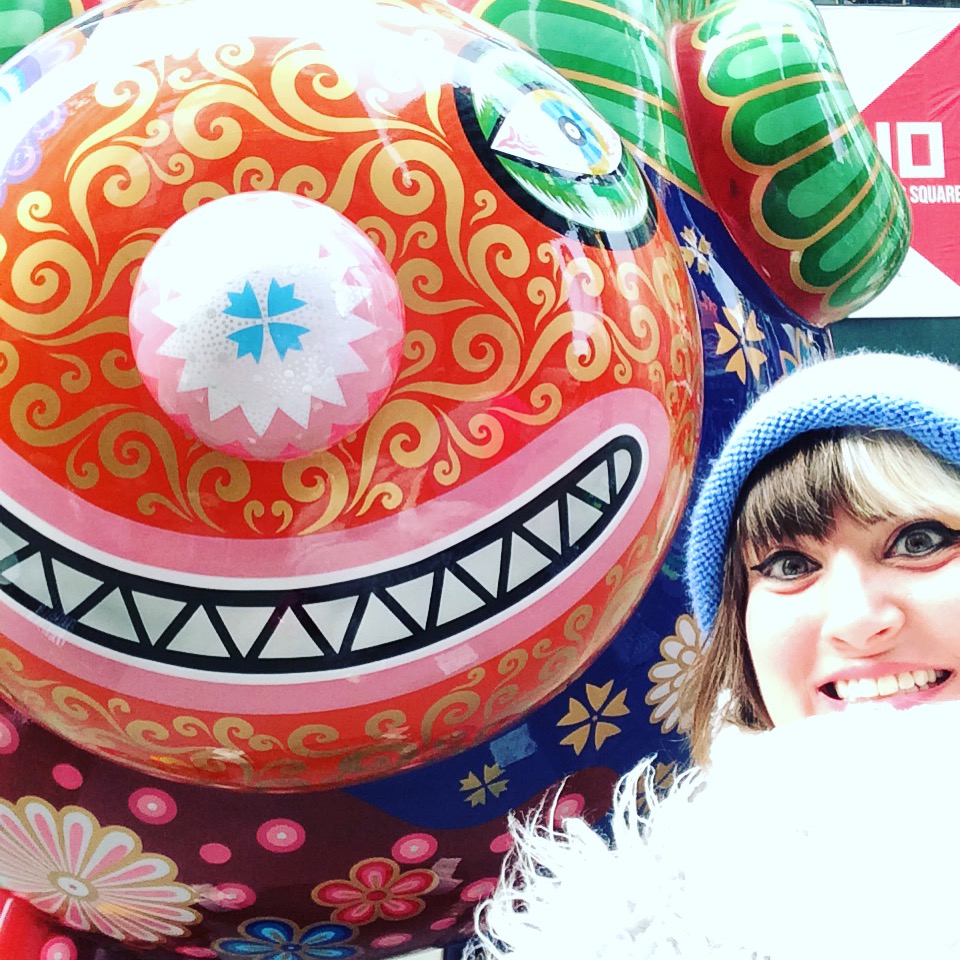 FEELING:  Hmmmm where do I begin? So, my temporary period of employment has ended, which means back to square one. Since the Inauguration, I’ve been protesting every weekend. It’s hard to think about my own personal future when the future of the world feels closer to crisis than ever before. Distracted? Angry? Scared? Yet strangely in control and empowered.

WATCHING: I have found that my ability to tolerate TV and movies has dramatically diminished in this political climate. I’ve been enjoying Key & Peele for excellent comedy and Star Trek: TNG for escapism and an optimistic hope for the future. Pretty much everything else turns my stomach.

LISTENING TO:  I was listening to a LOT of The Beatles in the past month, but I am loving New Wave lately as well. It’s hard to enjoy music, sad as that sounds.

READING:  Not currently reading anything. Besides news articles online. And scathing tweets. And protest signs. I just ordered a couple books I’ve been meaning to read: The Handmaid’s Tale by Margaret Atwood and Bad Feminist by Roxane Gay, so I’ll be reading those when they arrive this month!

WORKING ON:  Three guesses and the first two don’t count. Rallying against the rising fascist regime. Aren’t we all? Oh and a bunch of trivial shit like cleaning and laundry and finding a new job. You know. Life.

THINKING ABOUT:  Pretty much the same thing we’ve all been thinking about since January 20th: will I live to an old age? Will I survive to have a family, see my children grow up, get grey hair? I’ll probably get those grey hairs though, just from the constant stress of life in Trumpmerica.

EATING:  Last month, I had a yearning for those hash brown rectangles and I’ve found them to be a really cheap form of sustenance! 10/$2, can’t beat a price like that.

LOOKING FORWARD TO:  Getting involved with a local organization dedicated to protest. I attended a marshal training for a local protest community and I’m really excited to get involved with them.

MAKING ME HAPPY:  Joking about it. I’ve seen a lot of people whining “stop making jokes about Trump, it’s not funny” and I have three things to say about that: 1) unfollow me, please. 2) let me deal with it in my own way, and 3) if we stopped making jokes every time something bad happened, we’d never have invented jokes in the first place. Joking as a concept would have ended right when it started.

A few days ago, I went to the Met with a friend and even though I couldn’t get the Trumpocalypse off my brain, it was nice to see that people still made art and things even during, like, war and plague and strife. Nice art, too! Not all depressing things like crucifixions and war scenes (though there were plenty of those). I hate to be one of those nasty people harping on about how “hardship will make such good art!” and in fact, I completely disagree with that statement. I don’t think it’s good that we’re all going to suffer under whatever fascism comes our way, I just think it’s…maybe… possible to keep living anyway.

And for me, “living” means “making jokes.” So lay off me! Says the girl currently working on some absolutely scathing jokes for the near future.

PS PS PS! This is my fourth anniversary of “Currently” posts! Can you believe it? How’s that for stick-to-it-iveness! My entire archive of “Currently” posts (aka 48 posts lol I’m amazing) can be found HERE and it’s so cool to look back and see how much has changed over the literal years! Thanks for reading!