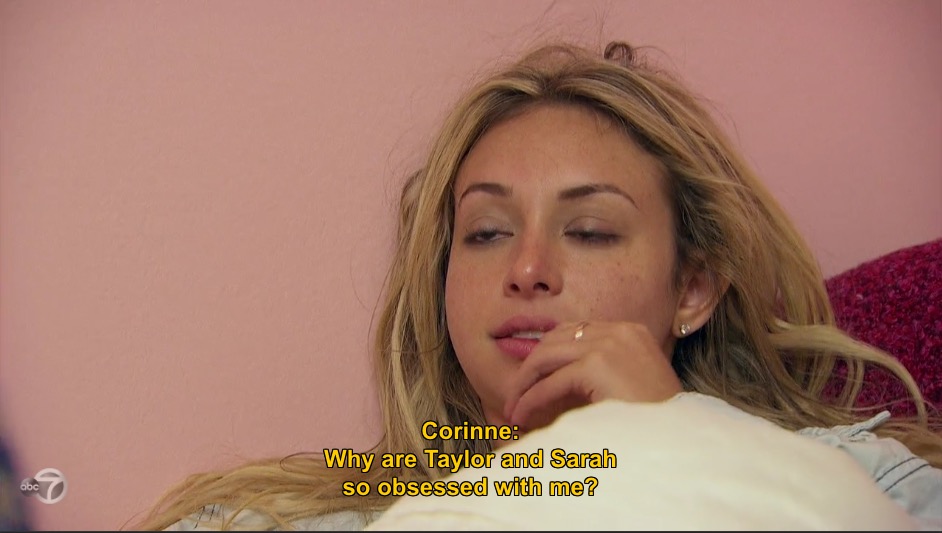 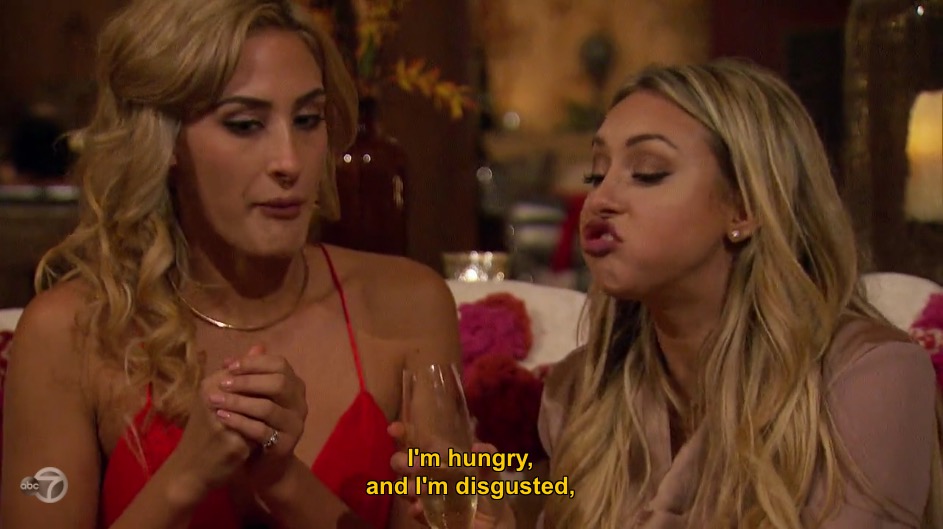 This was the drama-filled, having-it-out, ‘if-Corinne-gets-a-rose-I’m-leaving’ episode we were promised with the teasers. Unfortunately (SPOILERS) literally nothing happened. 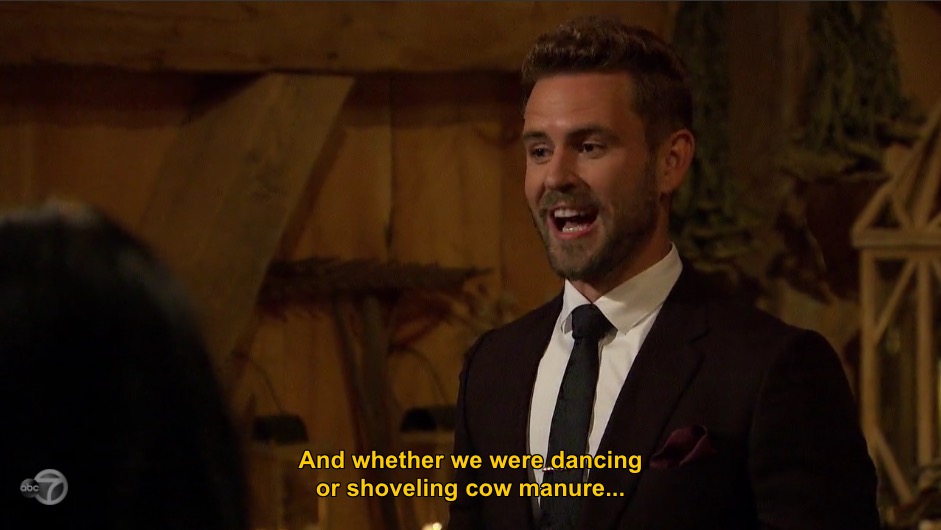 OH YEAH! COW MANURE! In this extra-special episode, the remaining fifteen girls all pack their bags and fly to Nick’s hometown of Cows, Wisconsin. And as a romantic date — because how else do you top dancing on stage with the Backstreet Boys? — Nick contracts them out for manual labor on a dairy farm. 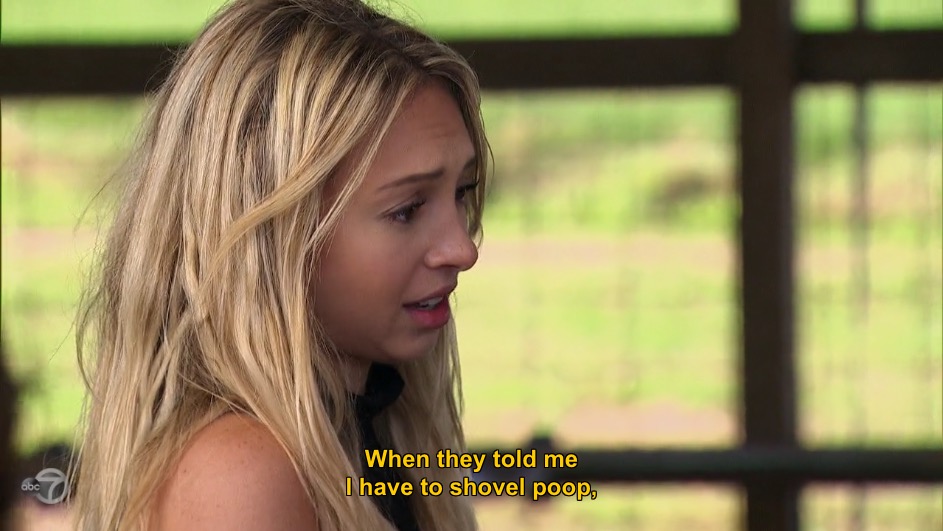 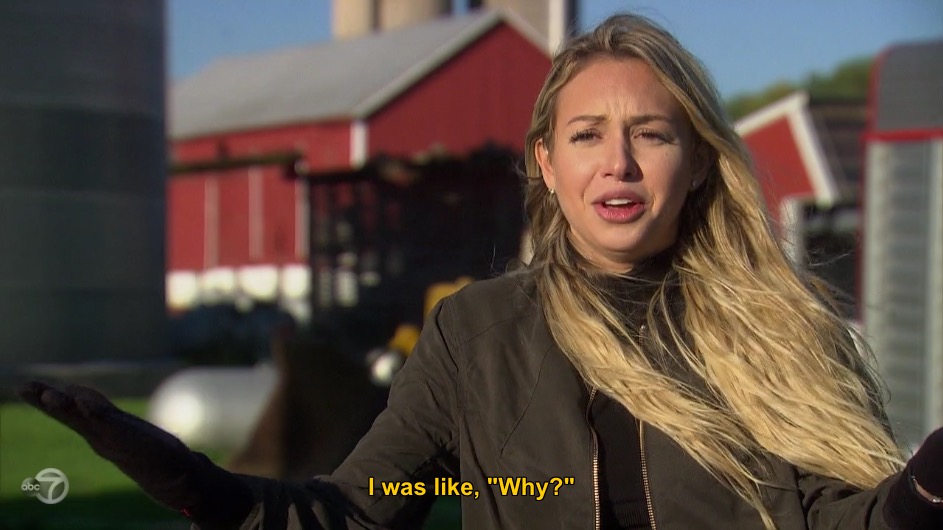 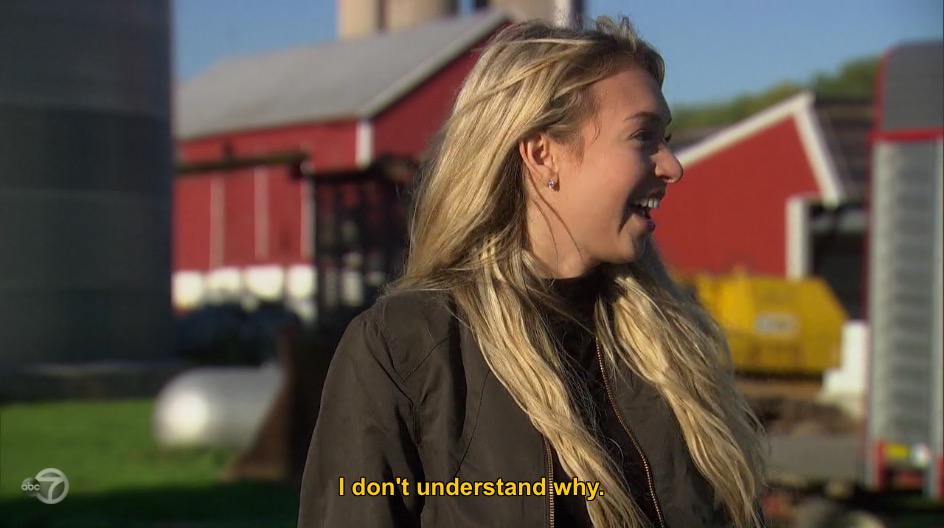 Well, you gotta at least hand it to Corinne for not beating around the bush: that dairy farm date SUCKED. I mean, even as an Extreme Vetting Process, asking your future wife and a dozen other women to literally shovel shit is kind of …shitty. If it were me, I’d think twice about accepting that Neil Lane diamond knowing he’d made me jump through hoops made out of cow manure…but then again, I’m not on the show. Corinne is. Remind me, what’s everyone’s problem with Corinne? 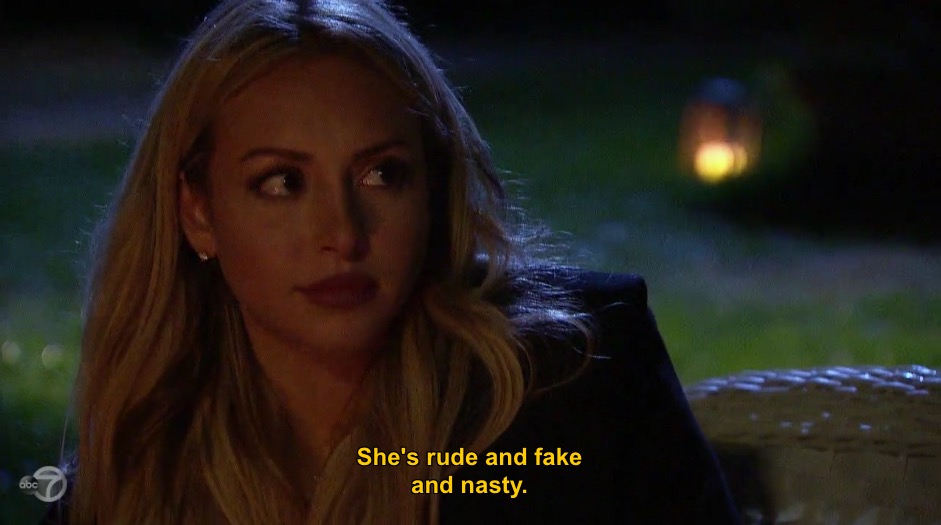 Come again? Rude, perhaps. Nasty? Practically a compliment in 2017. “Fake?” Nuh-uh. I don’t think you could possibly call Corinne “fake,” she shoots from the hip straighter than any of the other girls…. 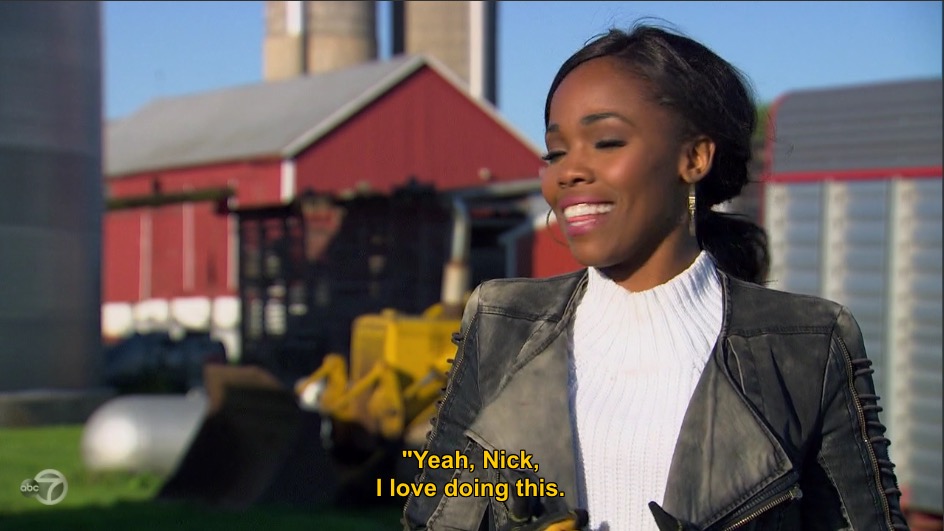 Who, by the way, fall all over themselves to tell Nick what a great time they had at the cow poop farm. Literally, what the heck? Do we need to remind ourselves what it means for things to be “real” and “fake?” I mean, does it even matter? Does anything matter anymore? In the age of “alternative facts,” what does it mean for Corinne to be “fake?” 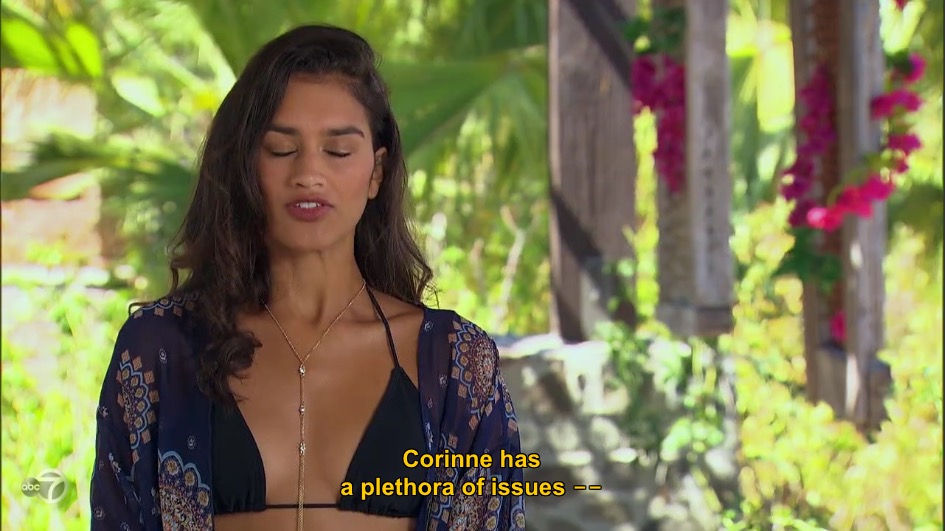 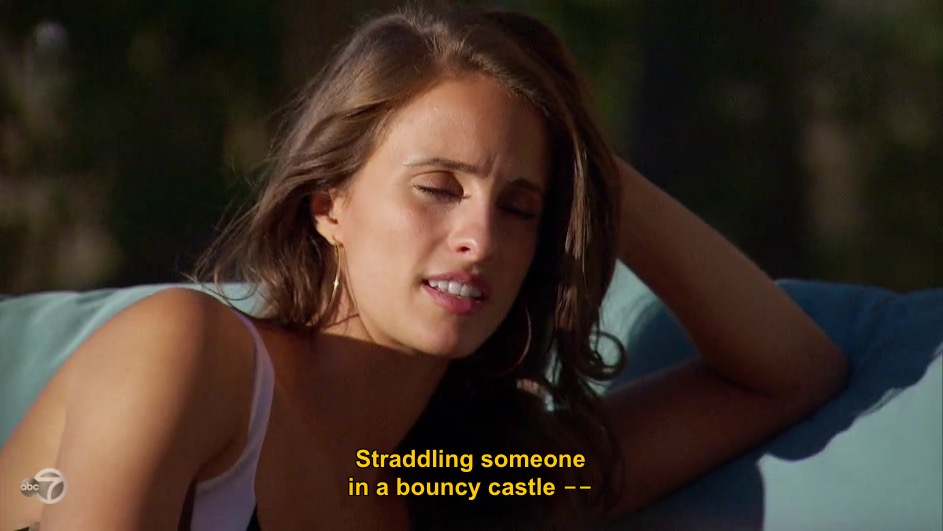 — is literally the worst thing ever done on reality TV. Ok. Sure. Whatever. 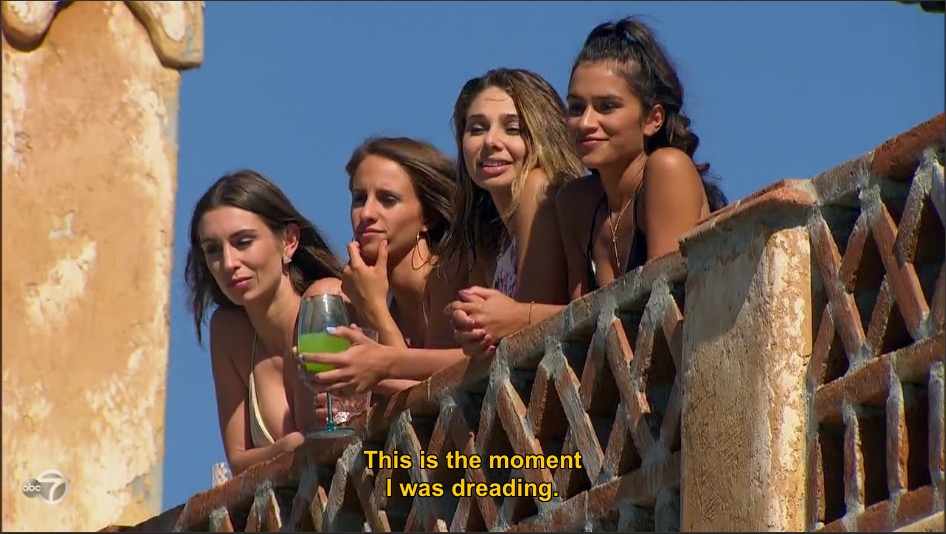 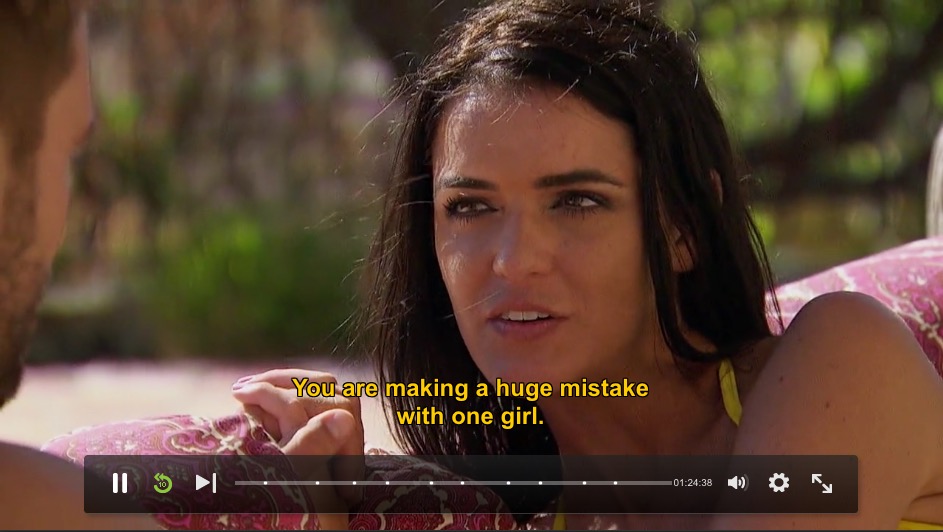 A thousand pardons for my screengrab gaffe, you get the idea. I have zero fucks left to give about straddling people in bouncy castles and falling asleep during rose ceremonies. If you want to hate on Corinne for vying for Nick’s attention, that’s on you. I’m done. 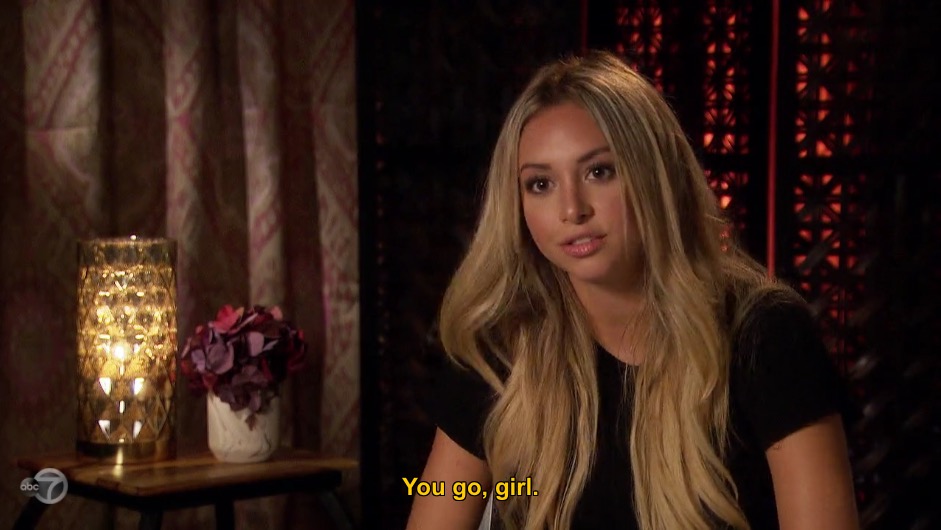 So you may be asking yourself, or rather, me, “If you hate this show so much, why do you watch?” 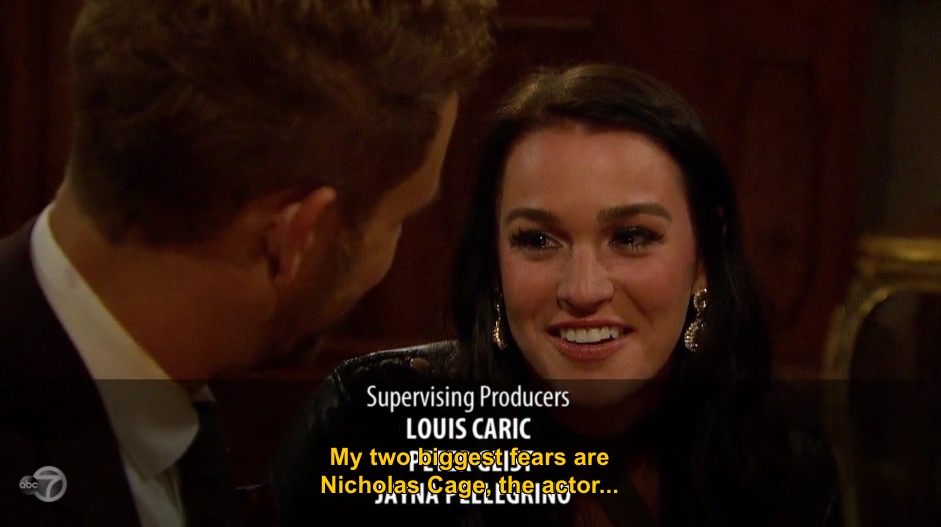 …whose two biggest fears are “Nicolas Cage, the actor…” and aliens. Give her the Final Rose, Nick. She’s the best.