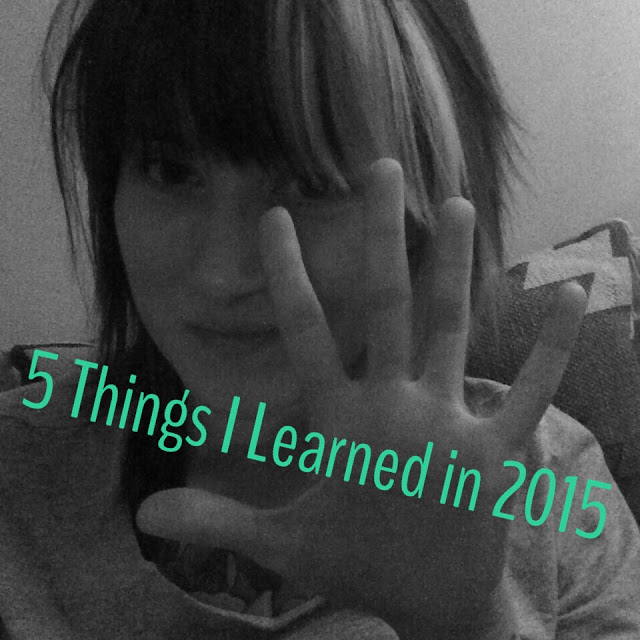 I went through so many changes in 2015 that I had a hard time narrowing down just five things I learned.  Instead of joking (whaaaa?! me, not joking?) about silly things like “I learned how to pencil in my eyebrows,” I took the high road by listing the serious lessons I learned in 2015.  And tbh, I still haven’t really nailed the eyebrows, anyway.

1.  I Can Cook.  ugh HOW LONG have I whined about not being able to cook?  Let’s see, I’ve been blogging since 2009…a long time, then.  It was part of the identity I’d built for myself:  a phrase I could put on a t-shirt and wear proudly to proclaim “I DON’T COOK.”  And then I actually started cooking and learned 1) it isn’t that terrible and 2) I’m not that bad at it.  I’ve told myself a lot about myself over the years:  “I’m not outdoorsy,” “I don’t like sports,” “I’m not pretty enough,” “I can’t cook.”  Breaking down a tiny bit of my identity wasn’t as bad.  I haven’t lost myself, I’ve gained something new.  Think about that the next time I tell myself “I can’t ____.” 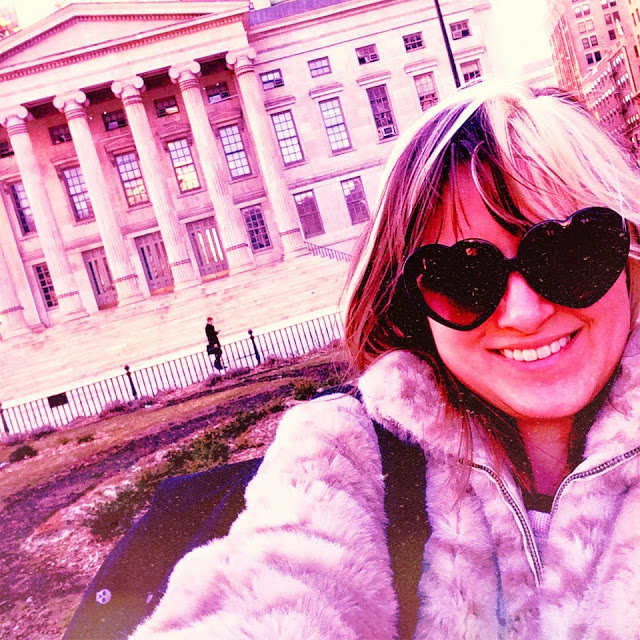 2.  Brooklyn is Bae!  Yeah, I’ve been singing the praises of Brooklyn a lot lately, but believe it or not, you don’t have to go far back in my archives to hear me singing quite a different tune.  I used to bag on Brooklyn pretty hard!  I believed I was Manhattan Meghan, that I had achieved special status by having a zipcode with the first three digits of “100.”  Much like my barrier against cooking, I shut out everything related to Brooklyn and was pretty mean to Kings County.  But you know what I learned?  Being a hater isn’t cool.  Being negative isn’t funny or cute and it doesn’t make you special.  It makes you a snob and you might miss out on something great!  Dear Brooklyn, I’m sorry for all those nasty things I said before.  Can we be best friends?  Aw, ILY Brooklyn. 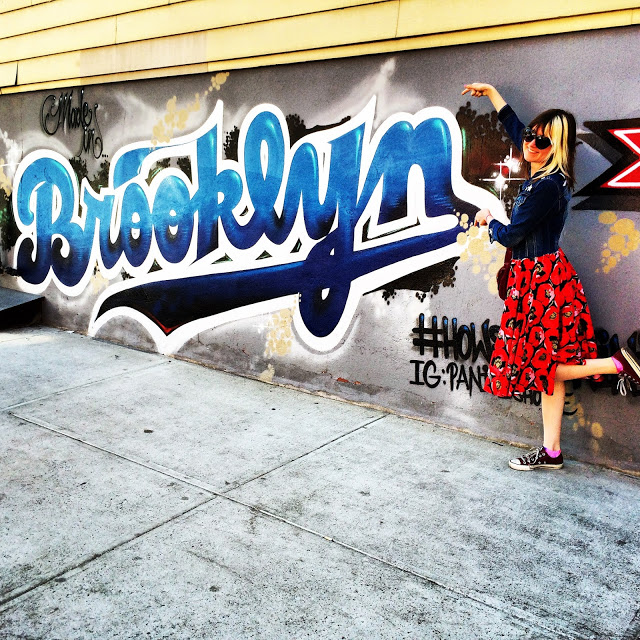 3.  Go To The Doctor!  and also, Health Insurance is worth all the hassle (and it is a lot of hassle).  My general feeling on doctors from like 2002 (the year I turned 18 and lost my parents’ health coverage) until 2015 (the year I qualified for Obamacare and Medicaid as a poor, poor schoolteacher) was “If I don’t go to the doctor, for all I know, I’m healthy.”  And then I got that pain in my abdomen that wouldn’t go away, got worse and worse, and finally saw a doctor?  Man, I was scared – no, scared isn’t strong enough, there aren’t words strong enough for what I was.  But I reached a point where I couldn’t go another day without knowing what was wrong with me, and walked myself to the walk-in clinic.  Man, I had so many hands up my hoo-hah that day, I’m technically a Muppet now.  But from the moment I changed out of the gown, I felt better.  Whatever it was, I was taking care of it.  Like a real adult!  It was a cyst, it went away, and I am beyond grateful to everyone who stuck their hand inside me took care of me until I got the all-clear.  Moral of the story:  take care of yourself! 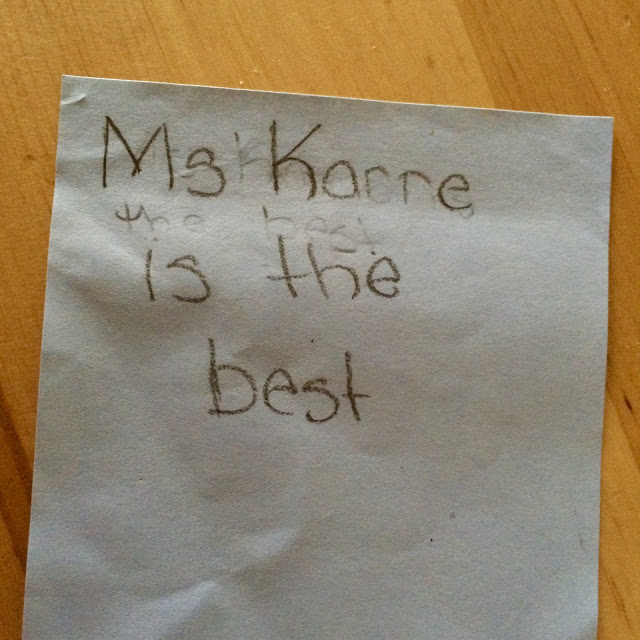 4.  I’m a BAMF.  not just capable, but MORE than capable.  Looking back on 11-hour school days, I can’t believe how hard I worked every damn day, but I did it!  Whenever I doubt myself for some little thing (“I can’t go to this party! There might be people there!”), I think about holding our shade structure together with my bare hands in the midst of a midnight dust storm in the desert.  I think about reading Kurt Vonnegut stories to my students.  I flew in an airplane.  I worked 60 hours a week for $4 an hour and paid my own rent.  I spent a night by myself in Reno.  I sang “Promises in the Dark” at karaoke.  I don’t even remember what source of strength I drew upon before 2015.  2015, you nearly kicked my ass!  But then I kicked your ass instead!!  Cuz I’m a BAMF! 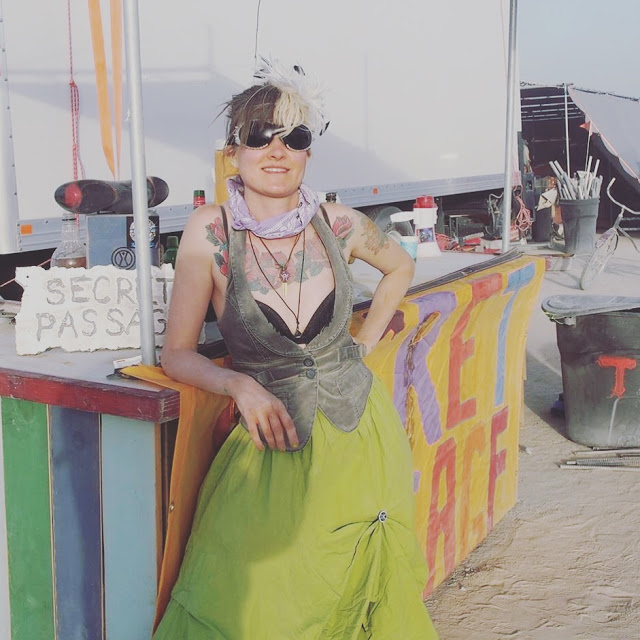 5.  TRUST!!!   it’s been a rough couple of years for me, and it’s left me feeling pretty cynical.  Who ever heard of a cynical New Yorker?  If you’ve ever been hurt really badly, you may not even notice the wall you’re building to protect yourself after a while. Being on your own is good because you can build that wall, you can make yourself a room of your own, you can learn how to be independent.  But when it’s time to build a door and step outside a castle of self-preservation years in the making, it can be really scary.  I’m still, like, at the drawbridge.  To be honest, I’ve got like, one foot on the drawbridge because I’m still afraid of getting hurt.  Trust is some scary shit!  But I’ve come really far and hope to keep working on it in 2016.