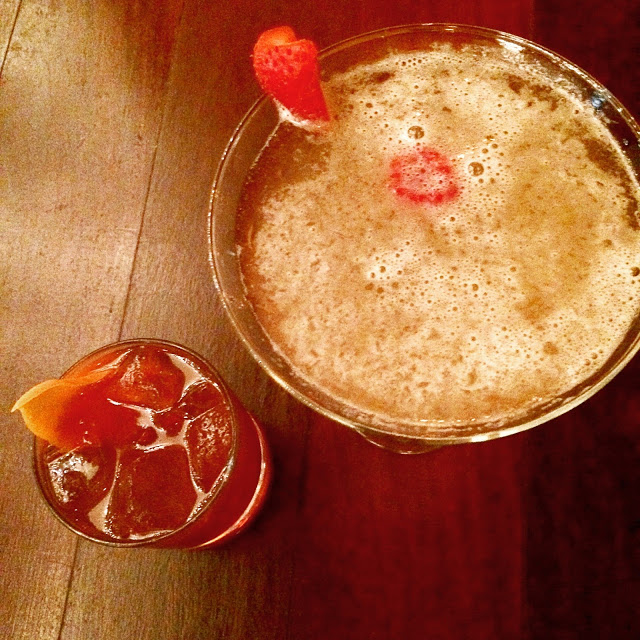 First off, thanks for all your kind comments, tweets, and (mom) concerned texts about my cold – can’t say I’m 100% yet, but I feel like I’m sloooooowly getting better!

Aside from work and doctor’s visits, I’ve been laying pretty low at home, but I had my first social venture of the New Year last night!  Cocktails and catch-up with my boyfriend & a Burning Man camp-mate at the moonlight mile (photo above – doncha just wanna jump into that frothy champage cocktail?!) where there was A DOGGY IN THE BAR!  Her name was Isabelle and she was a deaf French bulldog puppy!  That’s probably for the best because my pick-up line was terrible – “Hi, I’ve been watching you from across the bar and you’re so pretty, can I buy you a drink?”  NO DRINKS for the puppy, but I pet her and cooed over her a lot!  Then we had dinner at Cassette, a new local restaurant where our friend knew the manager, so we were quite spoiled!  The food was out-of-this-world, I feel like I tasted every possible flavour last night!  If you’re in the Greenpoint area, check out both of these places!

I woke up today at the crack of dawn from a dream about auditioning for a school production.  We were talking about acting last night, I think that’s what put it in my brain.  In the dream, I got asked to read for the comedic small parts, but when I asked to read for the lead – the part I really wanted – the director narrowed her eyes at me and scolded: “I think we’ve heard enough out of you.”  Holy hell!

It’s absolutely pouring here!  The wind & rain are so loud, I can’t even hear the church bells through my backyard kitchen window!  That’s fine by me, now that I’m feeling less ill, I’m long past due to touch up my roots on the blonde side (look at the picture of my roots on my Instagram!  It’s terrible!!).  While I’m at it, I think I might scour the Internet for some auditions.  This is the perfect weather for “California Dreamin'” – oh by the way –
By this time next week, I’ll be in California!  We’ve been planning this for a long time, and it sort of snuck up on us!  A whole bunch of my BF’s college friends from both the East and West Coast are making a huge trip out to Joshua Tree!  I’ve never been to L.A. before and I’m beside myself with excitement about the journey, the city, the park, and the hot tub in our rental house (hubba hubba!)  Stay tuned for oodles of photos coming from that adventure – from the vacation, I mean, not the hot tub!

While I’m teasing things to come, I want to sort of warn you all that tomorrow’s post is going to be a heavy one.  It’s been months in the writing, very personal, and I’m scared of the response, to be honest.  I’m also excited, because soul-baring bravery is kind of why I was attracted to blogging in the first place!

Speaking of being inspired by other bloggers:  I saw a prompt floating around the blogosphere along the lines of “post your favourite selfie from 2015 and explain why” and here’s mine!  It was taken by accident while I was trying to record a manic musical theatre sing-along in the car ride up to Boston back in February.  The joy on my face is palpable and gets me excited for future travel — like my California trip next weekend! 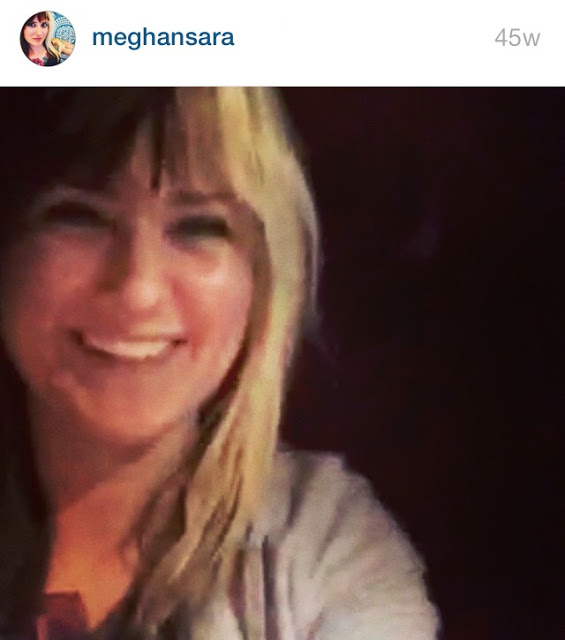