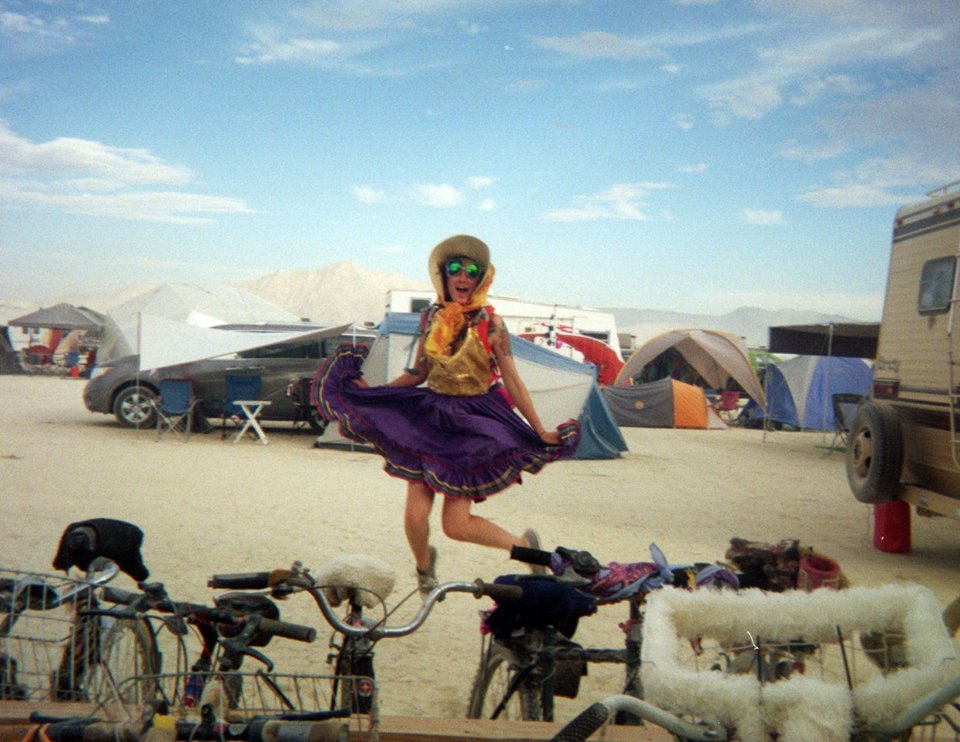 You know how some people are afraid to dance because they claim that they “can’t dance”?

Not that I’m bragging about my skills on the dance floor! Au contraire — I am openly and unapologetically an awful dancer. But I’ve always taken a special joy in dancing.

I vividly remember the excitement of having sixth grade dances. I immediately fell in with a clique of fun, vivacious, creative girls in my new middle school class, and we descended upon the dark school gym on dance nights once a month like I imagine Diana Ross descending upon Studio 54. Staking out a spot right in front of the DJ table — eardrums be damned! — we danced as a group, collectively enjoying the music and letting go of the inhibitions that were starting to make us (or at the very least, me) very self-conscious adolescents. I didn’t know it then, but I was on my way to coming into my own as a “Dancing Queen.”

The next year was seventh grade. The price of a school dance ticket jumped up to a steep-for-12-year-olds $2. I lamented this to a man I met at my cousin’s wedding that year. I don’t think I sat in my seat for more than five minutes at that reception… the call of the dance floor was far too strong to resist! That wedding reception was the first time I ever heard the epic Meatloaf anthem “Paradise By The Dashboard Light.” In a move that was adorable in 1997 and only within the confines of a small family wedding, an older male guest noticed my devotion to dancing to every single song and asked me to join him in a very chaste slow dance to “Smoke Gets In Your Eyes.” He complimented my dancing and I told him I feared my dancing days were numbered, as $2 was a steep cost for a school dance ticket now that I’d advanced to the seventh grade. At the end of the song, he pulled $2 out of his wallet and handed it to me. He said it would be a shame if I had to miss the dances that I enjoyed so much. I’ve never forgotten it.

This isn’t to say that my relationship with dance has always been smooth. While learning to waltz in a ball gown for a college production, I tripped on my skirt and landed on my elbow… and my partner landed on top of me, contusing my elbow! I had to take prescription painkillers for the injury, but even worse, I somehow internalized the notion that I was a klutz. I stayed away from dancing for a long time…

…Only to come back in a big way when I moved to Greenpoint, just a few blocks away from No Lights No Lycra, a pitch-black church-basement dance party that brought me instantly right back to being 11 years old, in sixth grade. If I closed my eyes in the dark basement and listened only to the squeak of sneakers on wood floors, I could swear I was back in my middle school gymnasium. Two decades of self-consciousness melted away and I rediscovered my love of thrashing around enthusiastically to the beat!

I have a very fuzzy memory of my mom once telling me that a song reminded me of her. It was “I Hope You Dance.” Yeah, that schmaltzy Lee Ann Womack number that you haven’t heard since your OWN sixth grade dance! She told me it’s because she hoped I danced. Interestingly, I do: everywhere. When the grocery store is playing the oldies. When the buskers on the platform lay down a beat that really slaps. Literally any time “Fat-Bottomed Girls” plays: I can’t help but move to a beat.