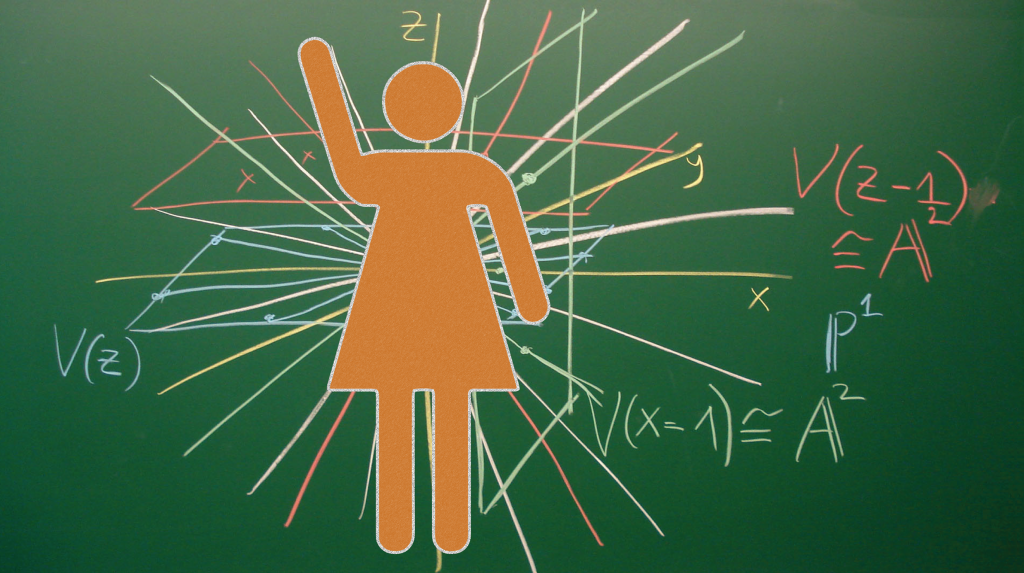 STEM stands for Science, Tech, et Math. I think. I don’t really know. I never really learned what that acronym stands for. Because what I did learn, at a very young age — yea, before I became A Woman Who Was Turned Off By STeM, were the other acronyms.

MVEMJSUNP – the PLANETS. And how did we remember this planetary order? My Very Educated Mother Just Served Us Nine Pizza Pies. That’s right, girls who might be interested in STEM! No matter how far a you advance in your STEM education — even to the point of being “very” educated — even the order of celestial orbs in the sky dictates that a woman must become servile to her children. A woman’s place, as it is spelled out in the stars, is IN THE HOME! Regardless of how overqualified and overeducated you are for this task, WOMEN, this is your lot in life! You can’t fight it — It’s galactic!

Now now, I know that feminism is all about a woman’s freedom to choose for herself, so listen. I’m not here to shame the rocket scientist who chooses to stay at home and serve home-made mini pizza bagels for her kids. BUT IT GETS WORSE! Because, according to the acronyms, if you DON’t make the choice to abandon your education — your very educated education — to raise children, there is STILL no place for you in STeM.

Consider the Order of Operations, or, as we all know it, Please Excuse My Dear Aunt Sally.

Uh, why are we excusing her? Is Aunt Sally expected to get up from the table and leave the room when exponents and parentheses start being discussed? Oh, that’s just my maiden aunt Sally, pay her no mind. She’s very educated, but she has no children to serve pizzas to! SHUNNNNN! SHUNNNNNN!

IS IT ANY WONDER, then, with all this NEGATIVE MESSAGING around women and their roles — BE SERVILE or BE EXILED — that STEM seems like an unwelcoming field for women?