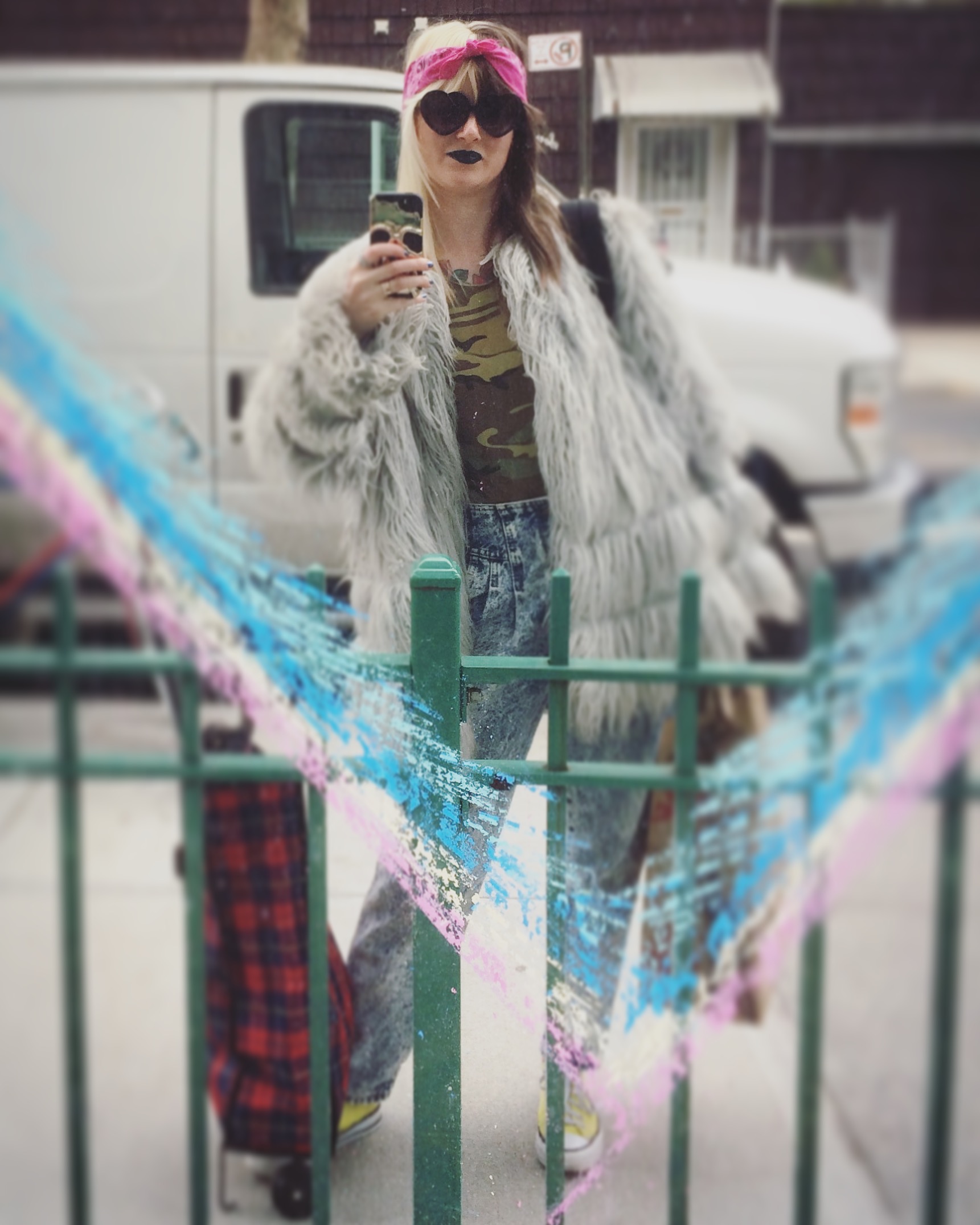 First of all, please go to this website and watch the video of the doggo who learned how to eat whipped cream straight from the canister. GO! And now for the obvious joke: “What breed of dog is this? Is she a “WHIP-IT?” Omg sometimes my brilliance hurts, it really hurts.

You’re in for a treat this week, because I’ve been really conscientious about curating good shit from the Internet for you all week long. Can we say I’ve finally hit my stride with these weekly roundups? I’m really proud of this one!

Starting with the VERY BEST shit on the Internet this week: I wrote a piece for Brokelyn where I interviewed 9 female tattoo artists and can I even explain how much of a dream come true this was??? I mean, maybe it was an abuse of my Power as a Journalist to force these people who are so much cooler than me to hang out with me… but they say, “Write the piece that you would want to read” and I’ve been such a fan of these women, I was thrilled to meet them in person and get to know their stories. Despite having a really terrible case of bronchitis throw a massive wrench into the middle of the process, it was SO AWESOME to do a marathon of interviews, and I learned a lot about conducting them by doing so. I can’t even tell you how much I stressed about this piece: wanting to make it absolutely perfect for all the wonderful women I spoke to, and now it’s here, and I’m so proud! Mah word baby is born, and she’s beautiful!

Gotta say, I totally relate to this piece by Megan Reynolds in The Billfold about houseplants. I am all about my houseplants — I think this guy that I’ve had for over a year is going to blossom!

The tattooed porcelain figurines in opulent gowns that artist Jessica Harrison creates must’ve walked straight out of my dreams because OMG, this is totally the look I’m going for. And the other ones ?? They’re cool too.

Forgive me for going off-brand for a moment to promote non-dogs (also known as CATS), but I just learned of the existence of Twitter account Cat in the Sink? which, as far as I can tell, just tweets periodically to tell you whether or not a cat is in the sink. Now, I will tell you this: sometimes, there is not a cat in the sink. Sometimes there is! But sometimes, there is not. Following this account is a delight, because you will always hope for there to be a cat in the sink, and when there is, it is so satisfying.

OK NOW BACK TO DOGS.

I just found Pictures in Boxes thanks to Facebook – does this happen to anyone else? You see something posted to Facebook but no credit given to the author, so you go on a lengthy search to track it down? Uh, yeah, that’s why I’m always late for everything. JK, I’m actually very punctual most of the time. Anyway, this made me giggle: 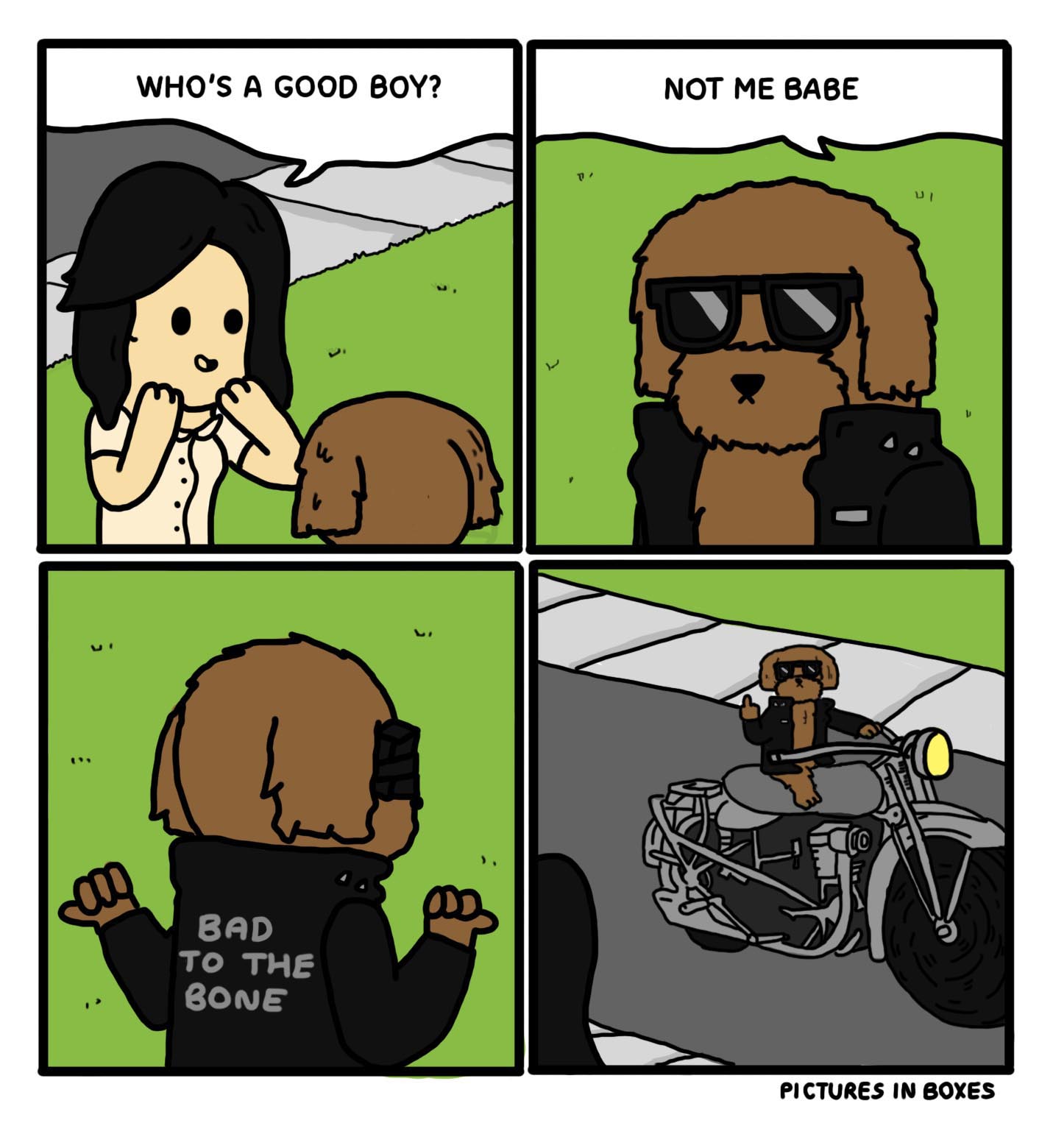 Is there anything better than puppos getting made even MORE cute? I love the anxiety these puppers have before getting their bangs trimmed. Babies, I know exactly how you all feel! Those scissors close in on your face and you just pray to ceiling cat, “Don’t make them too short! Please don’t make them too short!” But I gotta say, all of these puppers look GREAT after getting their bangs trimmed! And very happy with the results!

I’m such a fan of @ActivistBarbie on Instagram. SO GOOD. Go on and follow and enjoy this awesomeness:

Um RPDR has started up again and it just reminds me of how much I love this show??? I went back and watched all the old Snatch Games and I have to give it up to Ben de la Creme, who I underestimated on his season but damn, that snatch game performance was WONDERFUL.

And I’ve been binge-watching Raja and Raven’s YouTube show FASHION PHOTO RUVIEW and I would honestly watch this pair pick out salad toppings at a deli. They’re so clever and funny and deadpan and understated and smart. Their “Trend Alert” section is like ASMR, I swear. The sensual whispering is sooooo funny. Subscribe to this channel, add it to your must-watch Drag Race recap list.

This comic by Dorris McComics makes me laugh SO HARD. I wish I was a better person. But I’m not. 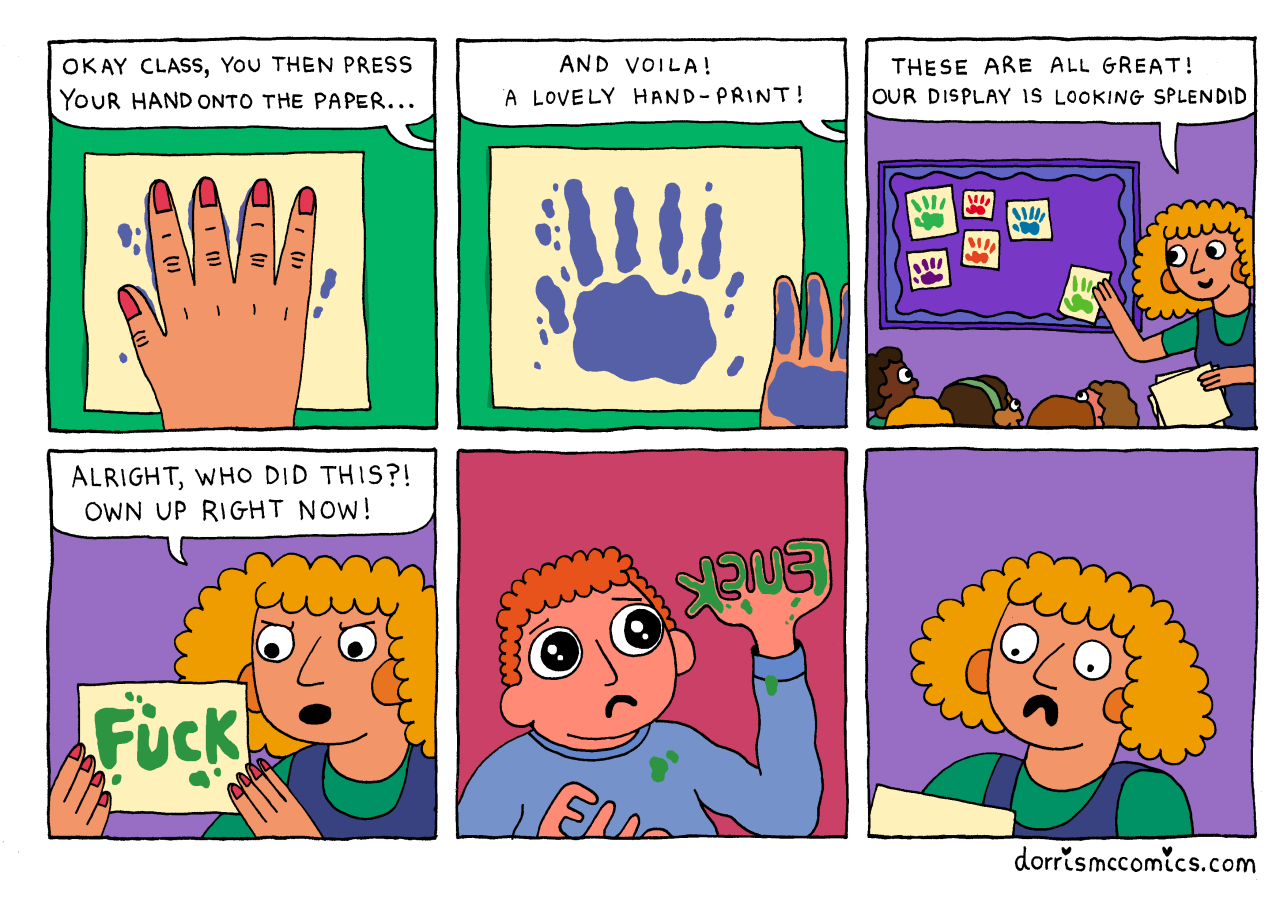 And oh, this gets me. The whole genre of song lyrics being replaced by pictures is brilliant, but this one might be my all-time favorite:

My boyfriend showed me this video of a doggo playin’ piano and singing along. What makes THIS VIDEO one of my favourites of the genre is the moment at :49 where doggo leans in to check the sheet music. OMG. I love this more than I probably should, but, that’s the theme today, huh?

Haha phew! That was a lot of awesome! On a personal note, this week feels like it went by soo sloowly, but in a really great way? Like, there’s so much going on that I’m really excited about. I had Monday off, so I went into the city to pick up some special wine for a new series I’m starting up here (oh yeah get fuckin’ excited) and ended up going thrift shopping at some of my favorite haunts in the village and I found two really great pairs of pants. Do you know how hard it is to find pants that fit me? Really hard. REALLY hard. And both pairs came to $12, can you beat that? Things have been going really well at the workshop too, and then my Brokelyn piece went up and I can finally share what I’ve been working so hard on (tee hee ‘hard on’) with everyone. I really have so much to be proud of/happy about, and I’m so glad the week “slowed down” for me to really savor it and be able to appreciate it. So have a great weekend – I believe it’s going to stop raining for us, that’ll be nice! – and I’ll see you next week!