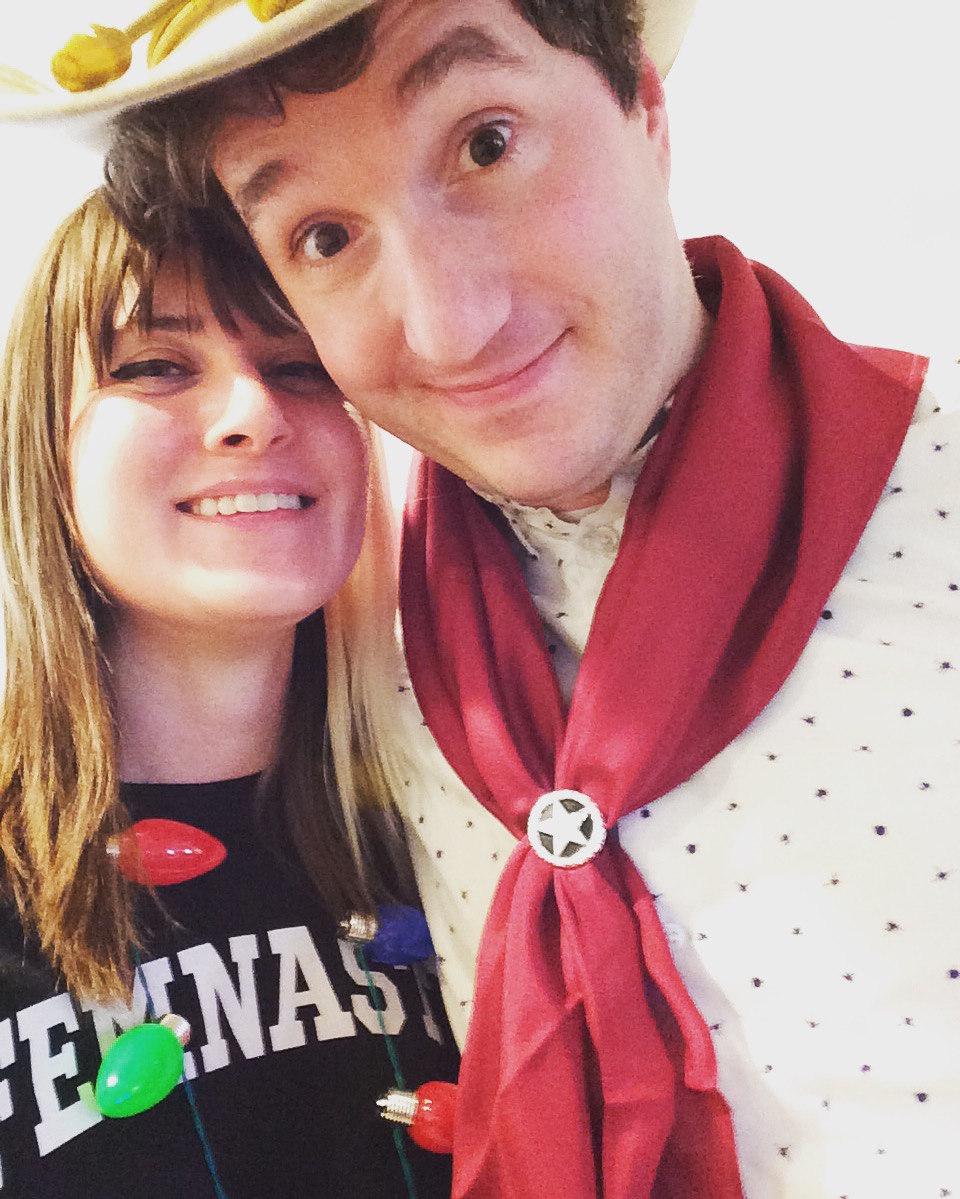 Christmas 2016 is one we won’t soon forget. Even if we wanted to.

Oh, we had a really nice time, don’t get me wrong! At the last minute, my boyfriend asked me to come with him to his family Christmas in Connecticut for the weekend. We had a lovely Christmas Eve dinner with crackers and whistles and even a dance party! I played with the big family dog (adorbs) and helped the kiddos assemble their toys and build Legos (…so many Legos!) and run around the big yard. It was really sweet and low-key and relaxing.

What you don’t know, and what neither of us knew, was that we were secretly puking our guts up the whole time. But we kept it a secret from each other and from everyone else, so as not to spoil anyone’s good time. Look closely at that picture, I think you can almost tell (in retrospect) that something is off!

So all the while we were rolling around on the floor with the dog and giving piggyback rides, we were stealthily running to the bathroom to throw up, and running back in to carry on the fun as if nothing had happened. It got to the point where, on the morning of Boxing Day, the smell of Play-Doh gave me such a migraine that I threw up both the Ibuprofen and the Pepto Bismol I’d taken five minutes earlier! But we still smiled our way through it, like in the picture. Keep smiling! Act like nothing is wrong! Mustn’t ruin Christmas by being sick!

“Okay, honey, we need to find a blue Lego piece with eight bumps. You look for it, and I’ll be right back.”

*runs to bathroom, throws up breakfast, gargles in the sink, runs back*

“Did you find the piece? GREAT! We’re almost done with the train engine, then we can start on the caboose!”

When it was time to leave, his parents offered to drive us back into Brooklyn on their way back home. A really sweet gesture! Until we got stuck in traffic. HUGE traffic going into New York City — traffic the Monday after Christmas, who would have thought?! The car ride was fraught with peril, as I kept trying to stifle the urge to vomit inside my boyfriend’s dad’s really nice car. But luckily, because of the traffic — Yes, the traffic was lucky! — his parents instead dropped us at the Metro-North station in Mamaroneck rather than attempt to drive into the city itself.

After hugs and waves goodbye, we descended the stairs to cross to our platform to await the train.

“You know,” I confessed, “I’m actually kind of glad we’re taking the train. I was getting pretty carsick there.”

“Me, too,” my boyfriend revealed. “I actually didn’t think I was going to make it through Christmas morning.”

“I had such a headache, I’ve been puking all day!” I laughed. And so we spread out across the seats at the back of the train (noting the location of the bathroom in case of emergency) to ride back home to Brooklyn…with a pit stop in the Grand Central bathrooms.

And that is the story of how my boyfriend and I didn’t ruin each others’ Christmases by barfing the whole time in secret.