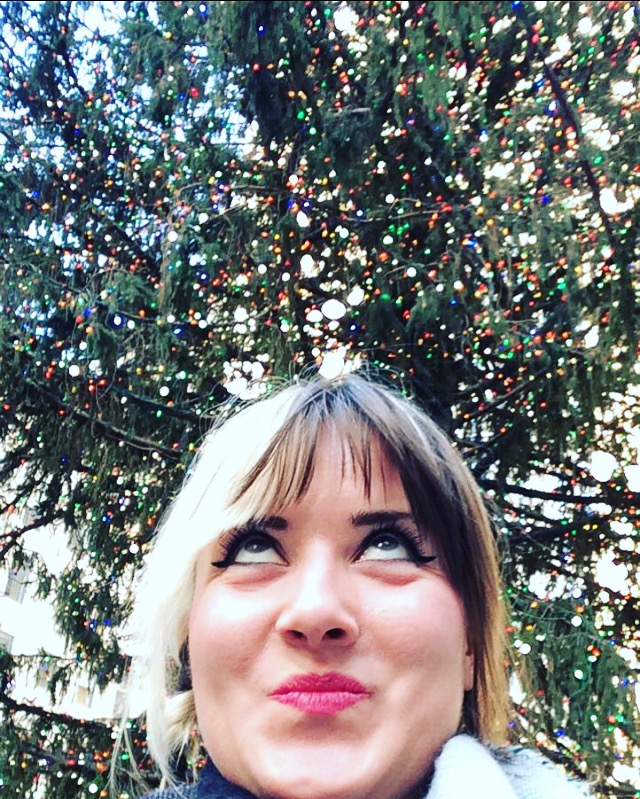 Well, look at me. Me and the Rockefeller Christmas tree. Trying to force some festive shit out of this anus of a year. 2016. I repeat: 2016 was an asshole.

Six years ago this month, I got a visit from an old friend. December 8th, it was. I’ve been thinking a lot about him for two reasons.

I think about my friend because, for all we disagreed on, I loved and respected him. He was a Republican, but not an intolerant, racist one. He loved hunting, I was a vegetarian the entire time he knew me. He was a computer nerd, I was an artiste. Somehow, we just got along as people. I think about him a lot because I wonder what he would think about the current state of the nation. I wonder which “side” he would have chosen. I wonder if we would still be friends.

I can only wonder because — and this is the second reason he’s been on my mind a lot recently — he died six years ago today.

In remembering a lost loved one, I think there’s this tendency to beatify the departed. It’s not hard to hang a halo on his towheaded cowlicks. This was the guy who showed up on my doorstep with hot soup after I posted on Facebook that I was sick. This was the guy who brought two dozen roses to my shows. He was widely known and well-liked.

People change, though. I know it. I like to believe that the people I love would never harbor such hate in their hearts, but I don’t think that’s true anymore. After I lose respect for someone as a decent human being, I unfriend them from Facebook, and they drop out of my life. It’s sad, but it’s easier than the daily reminder that someone you thought was a friend to you, actually hates you and wants you to be stripped of your rights and humanity.

So I’ve been thinking a lot about my old friends, my “old” friends, and this old friend. The friends we decide to walk away from, and the ones we have ripped away from us. This year has been really rough — brutal and unkind.

With a half hour to kill before my final therapy session of the year, I decided to take a picture with the Rockefeller Center Christmas Tree. In 2010, Aaron visited me and requested ONE THING: to take a photo in front of the Rockefeller Center Christmas Tree. “Ughhhhhh really? There’s so many tourists!” I complained, but obliged. Three weeks later, I saw that photo again — at his wake.

I know this doesn’t make a lot of sense (unless you’ve lost someone, in which case, maybe it does) — but for years, I’ve had a bit of a grudge against that tree. Like, what? Millions of tourists come every year to ooh and ahh at it, and I’ve always imagined it as this harbinger of death. Whenever I think about the tree, the first thing that pops into my head is seeing that photo of him, HAPPY and ALIVE. I’m waiting at the foot of his open casket to see his fragile body destroyed: head shaved bald, face broken and swollen, stuffed into a suit — looking nothing like the photo.

So while happy families crowd around with selfie sticks in excitement, I was clutching my feelings in my throat to approach the police barricade. I was determined — as he was, six years ago — to get a photo with the tree. But should I smile? That didn’t feel right. So I made a goofy face. I’m entirely happy with this photo, guys. Let me be clear: if this photo is what we remember me by, I’ll be okay with that.

I don’t quite know how to end this post. I think my face in the photo says it all: Merry Christmas, I guess. Whatever traditions you hold on to, enjoy them. The ones that make you miserable, get rid of them. Same with people. My Christmas gift to you is permission to exile the meanies from your life. But hold the good ones tight. And if they ask you to walk to tourist hell for a photo op, do it.