New Yorkers are known for being three things:

Okay, so two out of three ain’t bad (and FYI, I’m broke as hell).  So when this huuuuuuge snowstorm was predicted, I figured it was all hype.  I didn’t think it would really happen, and as such, I didn’t bother to prepare for it.

Well, I didn’t prepare much: 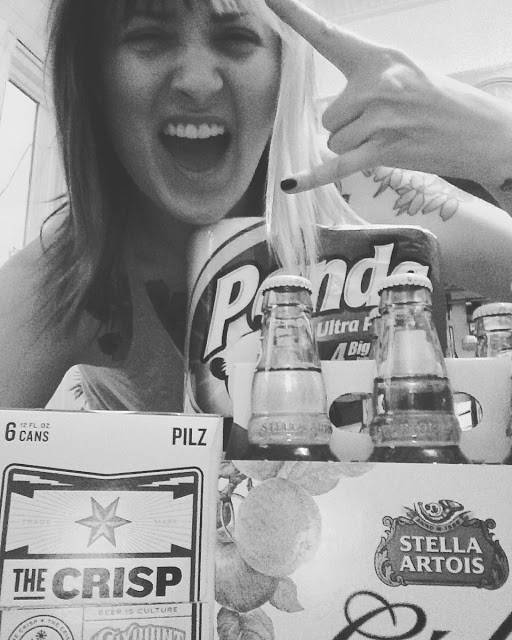 We would be okay for 12 beers, or eight rolls of extra-soft, whichever came first.  I still didn’t think anything would actually happen, though, because when I went to bed on Friday night, we had dry pavement.  Dry pavement!  And then we woke up on Saturday to this: 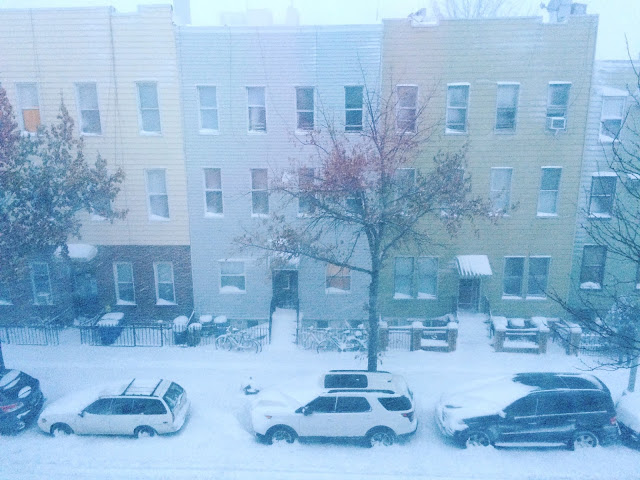 Snow clinging to the screen of the windows, blocking all the light.  My succulents and I were all very confused and alarmed. 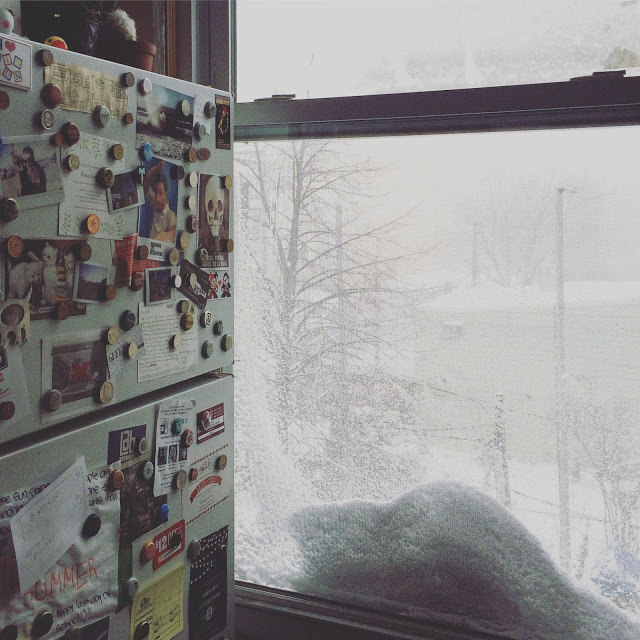 By early afternoon, people (not me) started to panic.  Trains were shut down.  Traffic ordered off the roads.  Even CitiBike ceased service!  Why doncha just TAKE AWAY OUR BAGELS, Jonas!!!  With an eye on our cupboard, still poorly stocked from our vacation, we decided to bundle way up and walk to the grocery store. 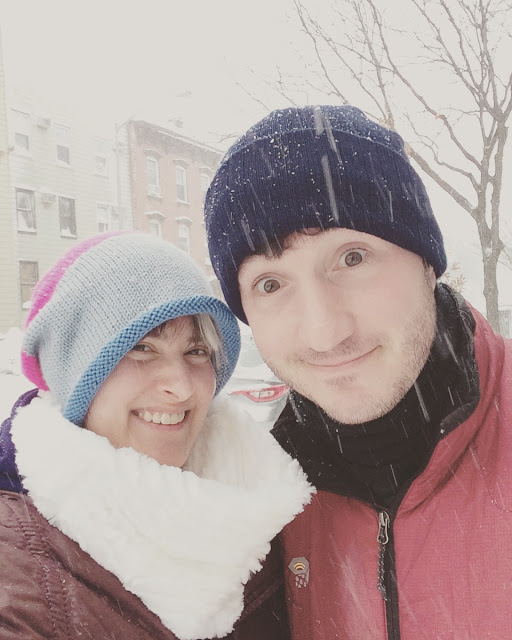 I’m making that face because the snow is blinding me.  I can’t see, my boots are slippery, and I hurt my arm falling.  I didn’t actually FALL, mind you, I just slipped and flailed my arms until I pulled a muscle in my shoulder.  Bet I looked HILARIOUS!  YES!  When danger is imminent, my slapstick comedy instincts kick in!  Of course.

We got to the grocery store to find it CLOSED.  Bae tried to help push a guy’s car which was stuck in the parking lot…for all we know, he’s still trying to dig it out! 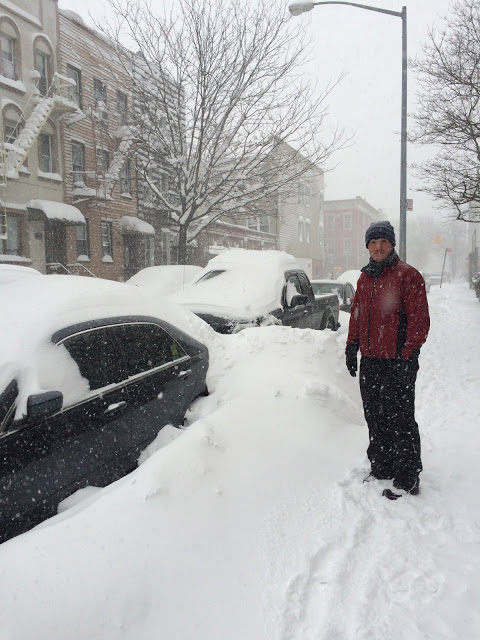 Luckily, the cute little juice place on the opposite corner was open and fully stocked of beer, chips, and Talenti gelato.  Luckily, the wine store also appears to be open, so if we decide we want Brie and Riesling later, we’ll be fine.

See, here’s the thing you don’t know.  Everyone knows New Yorkers are sexy cynics.  But what you don’t know is we totally win at bad weather!!!  New York City having a snow-day is like a snow day at college – everything you want is there, and it’s an excuse to PARTAY.  You see pictures of snow-covered streets on the news, taxis swallowed up in huge drifts, people cross-country skiing to the bodega.  But dude, you forget that we also walk everywhere all the time.  Telling us not to drive is like telling us not to ride our purple rhinoceros to the Thai place for Massaman Curry (oh yeah, they’re still open)!  I know guys, please don’t throw your Sorel boots at my head, but we’re having a total blast over here with snowball fights in the streets below us, warm and toasty with our snacky bounty above.

Reporting live from Storm Central – hell, what am I saying?  Live from PARTY Central, over and out!  Don’t believe me?  This video is pretty typical of what goes on in the New York City I know.  Hilarious!  Give it a watch: