Skip to content
Participation ribbon time:  You had me until the 2:08 mark, #WomenNotObjects.

This video appealing (to men, ostensibly) to treat women as more than objects means well and almost gets it right – until it (HERE WE GO AGAIN) reminds the viewer (men, ostensibly) that “I am your…“ in order to get their message across.

This video’s message goes from :

“I am some man’s daughter/mother/co-worker/boss.  My relationship to a man is my worth.” 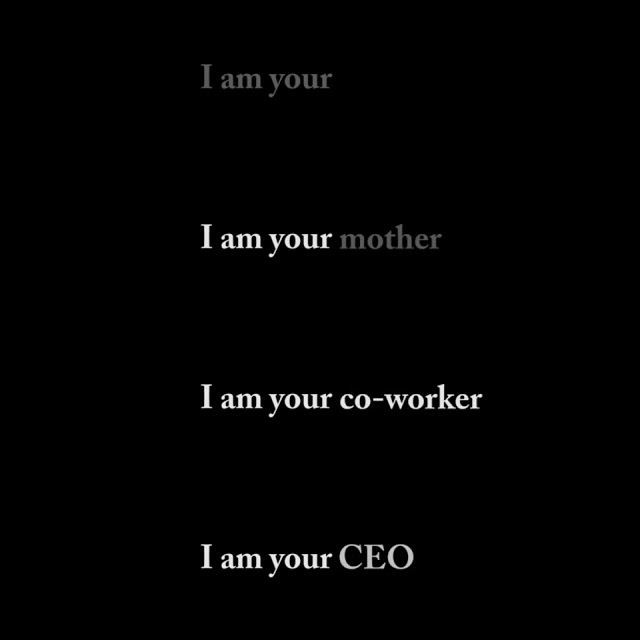 I wrote about this before in response to some catcalling videos where hidden cameras showed dads and boyfriends the harassment their daughters/girlfriends endured, as if to teach them “Wow, aren’t you pissed someone is treating your woman like that?”  Because it’s too much, I guess, to ask a man not to harass women, we have to remind them that women still belong to them, and that you don’t treat another man’s property like that.  Biblical.  Like, really.  Isn’t that the Ten Commandments?  Exodus 20:17 says

“You shall not covet your neighbor’s house;
you shall
not covet your neighbor’s wife
or his male servant or his female
servant
or his ox or his donkey or anything that
belongs to your
neighbor.”
Ooooh y’all got an atheist quoting scripture, you know I’m pissed.  That’s how old this idea is, and I don’t think it holds water anymore.  I want to believe women can say “No,” and not have to open their wallet and show photos of their dad, uncle, husband, son to prove they matter.  What about just being a human?  This was the problem I had with that popular “Dear Daddy” video as well:

Is it so far-fetched to accept that men and women (and all non-binary and in-between folks as well, obviously, #IntersectionalOrDie) are all people?  Humans, deserving of human dignity?

What do y’all think?