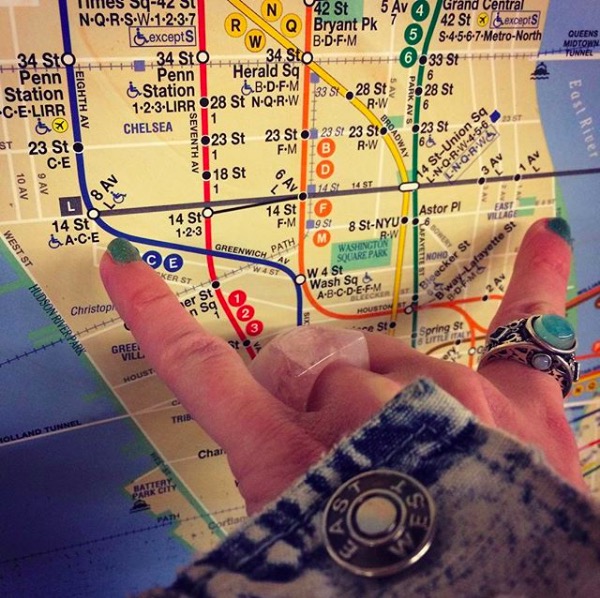 A lot of visitors (read = tourists) feel very intimidated by the New York City subway system! I mean, maaaaaybe it has something to do with the fact that actual New Yorkers are endlessly complaining about it. I know it took me a year of living here before I felt fully confident getting around!

And look. I get it. It is kind of intimidating. Most people who come to New York to visit have never been on a subway before. And, all T no shade? Y’all are ruining it for the rest of us.

But, because nobody is born with perfect subway etiquette, allow me to educate you. Here is a simple metaphor that will help guide your behavior on the trains so that you won’t get decked by an angry fellow straphanger on the 6 train at rush hour:

Think of a subway car as an elevator.

So you’ve never been on a subway, but chances are, you have been on an elevator. A subway is an elevator that goes forward on a track, instead of up and down! People get on and get off at different floors — I mean, stops — and you follow the same rules of conduct as you would on an elevator:

1). Before you get on, let people get off

A subway, like an elevator, is a finite space. It is RUDE to force your way past (or through) departing passengers in order to board the train. At certain times on certain lines, it will be physically impossible to cram your body into the train until the passengers who are exiting have made space for you, so why would you even try? Even if the train is relatively busy, it’s just courtesy to let people off before charging at them to get on the train. It will not leave without you.

2). Go all the way inside the train when you board

The worst, worst, worst passenger is the kind that steps onto the train and just. doesn’t. move. Um, other people are trying to get on behind you? Just get the fuck in, all the way in, unless you’re getting off at the next stop which ??? Maybe you’re trying to transfer, idk. But if I see you camping out in front of the doors, I’ll know you’re a tourist, which is the meanest way of calling you a self-absorbed, solipsistic asshole, and that you’ve never been on an elevator before or you’d have better common sense than to block the doors!

That’s really all you need to know. There are “pro moves” to riding the subway like, how to offer your seat to someone. How to indicate that you’re about to get off to warn people to get ready to get out of your way. Which times & lines to avoid on weekends or at rush hour, if you can help it. But honestly, if you just follow the two rule above and treat the subway like an elevator, you’ll be doing better than 60% of ridership, on average. It warms the cockles of my heart to see everyone behaving on the subway! And oh yeah, one more thing:

Fart all you want on the platform, it already smells.

(of course, it’s an unofficial rule that, if you have the train to yourself, you’re obliated to make the most of it!!!)