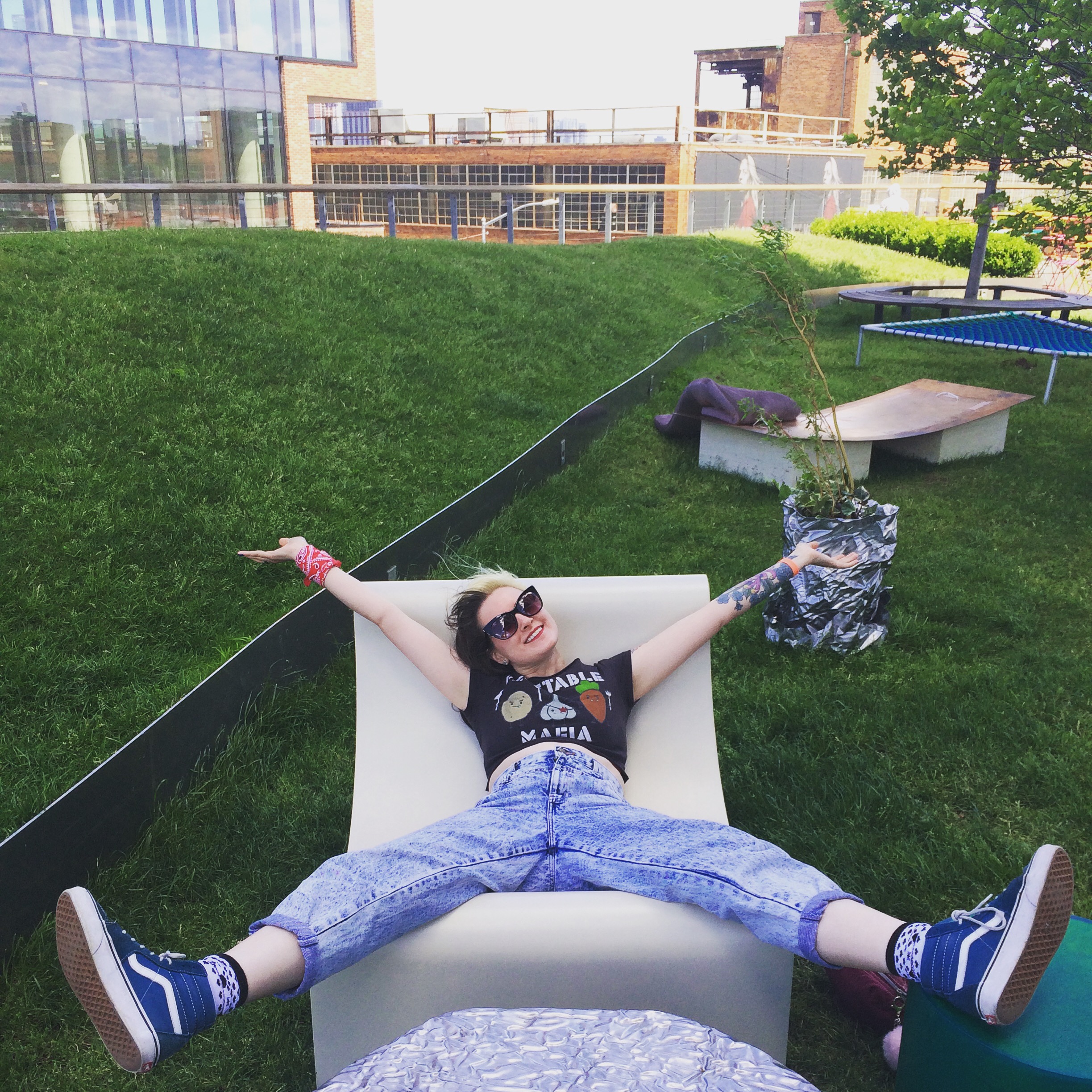 When I got the call from the doctor — that I’d had abnormal changes in my routine pap smear — I felt the wind knocked out of me. I trembled. I was so terrified. It took me a whole week to track down an appointment to get a colposcopy, an invasive diagnostic procedure.

Leading up to the colposcopy itself, my entire world revolved around fear. There wasn’t a lot of information out there at that time, which really, is my motivation for writing this post: in the hopes that somebody out there who’s afraid, who doesn’t know what to expect, will be able to hear it from a person. Not a doctor. Not some vague technical jargon.

So. The colposcopy. I’ve had regular pap smears ever since 2013, and they’ve never bothered me that much. Sure, the speculum isn’t my favorite part of the day, and I prefer it to be lubed up before insertion (ever taken a dry speculum? I HAVE). So the colposcopy is, basically, the speculum is inserted and the doctor sits behind a big telescope to like, really really look at your cervix.

I was told in advance that they may need to take biopsies while they were in there… and here’s where it got real. I was made to sign a bunch of waivers before the procedure which, let me just say, doesn’t exactly make me loose and ready for that speculum, if you know what I’m sayin’. I’m also clenching over the fliers they hand me, warning me that I’m not allowed to have sex, use tampons, or take baths for four weeks. “Closer to 5 or 6,” the nurse clarifies. COOL. 50 days of not bathing. My apartment only has a standing shower, so that’s not a problem. But still. No baths? Just how invasive is this going to be?

Turns out, it was more emotionally invasive than I expected.

So I’m naked from the waist down, with a gown wrapped around me as if it’s actually doing anything with my legs spread open and my fanny up in the air. My doctor inserted the speculum, and pulled over the colposcope (?) and I felt myself bursting into hysterical tears. The nurse by my head was so silent, so serious, that the quiet mood of the room made me scared. I desperately wanted a hug, wanted my mom, wanted to be a child again and comforted. I didn’t know what was wrong with me, and I wouldn’t get my results for two weeks anyway, and here I was, already fearing the worst. I cried so hard, I left a puddle of mascara on the paper lining that covered the examination chair.

Then, the doctor goes in for the biopsy. She tells me to hold a breath, and inserts a looooong tweezer-looking tool into my vagina and… brace yourself …pinches off a chunk of my cervix and rips it out of my body. I was traumatized by this. Nobody told me about this, and none of the websites explained HOW the biopsy worked… look, I’ve been pierced and tattooed and I’ve even had the dreaded transvaginal ultrasound and that biopsy was the worst pain I could possibly imagine. It hurt so badly and haunted me so much that I was afraid to sit down for a week, and wiping after using the bathroom made me wince. Yep. That was graphic. But you have to know.

To stop the bleeding, the doctor swabbed the area where she’d removed tissue with these long matchstick-looking things coated in silver nitrate. She told me that, as the wound healed, I might bleed some, and even have some discharge that contained traces of silver nitrate. While it was nowhere near as heavy as a period — I would characterize it as “light spotting” — I was definitely leaking silver nitrate for a week and a half afterwards, on and off, as a bitter and painful reminder of the biopsy. They sent me home with two giant, medical grade pads, but I was able to deal with light pantyliners after the third day.

So to add insult to injury, the doctor then tells me that I have HPV. And honestly? So do you. Probably. According to the CDC, nearly all sexually active adults contract HPV at some point in their lives. Other sources say that nearly 80% of all sexually active people get HPV. To put it simply, if 5 people read this blog, statistically speaking, only 1 of you doesn’t have HPV. It can lay dormant in your body for years before it can be detected so, if you’re saying to yourself “I’m that 1!” you should just go ahead and get tested anyway.

Two weeks go by. I keep leaking silver nitrate here and there, but eventually, that stops. Over time, I stop feeling the *PINCH* of the biopsy every time I close my eyes. And I’m back at my doctor’s office to get the results. My doctor, who was uncharacteristically patient and caring during the procedure, is once again brusque and rude.

I haven’t even sat down in her office. I pester her: What should I do?

“Come back in six months. Take vitamins, get lots of rest. Goodbye.” Again. Jeez! She can’t wait to get rid of me! I don’t care what the circumstances are, it hurts to be brushed off my someone who’s been so deep inside you. But anyway.

That was two months ago, and I’ve been taking daily vitamins religiously and trying to keep stress levels down. For many people, HPV heals and goes away. I’m hoping to be one of those people. But, as I’m constantly reminded by the Gardasil ads that play during The Bachelorette, HPV can lead to certain cancers. Taking better care of myself and getting tested frequently are my top priorities from now on.

And, after getting my good results, I went to Vale Park to celebrate and took this photo right before having the most delicious cheese fries of my entire life. So there’s a happy ending to this story!