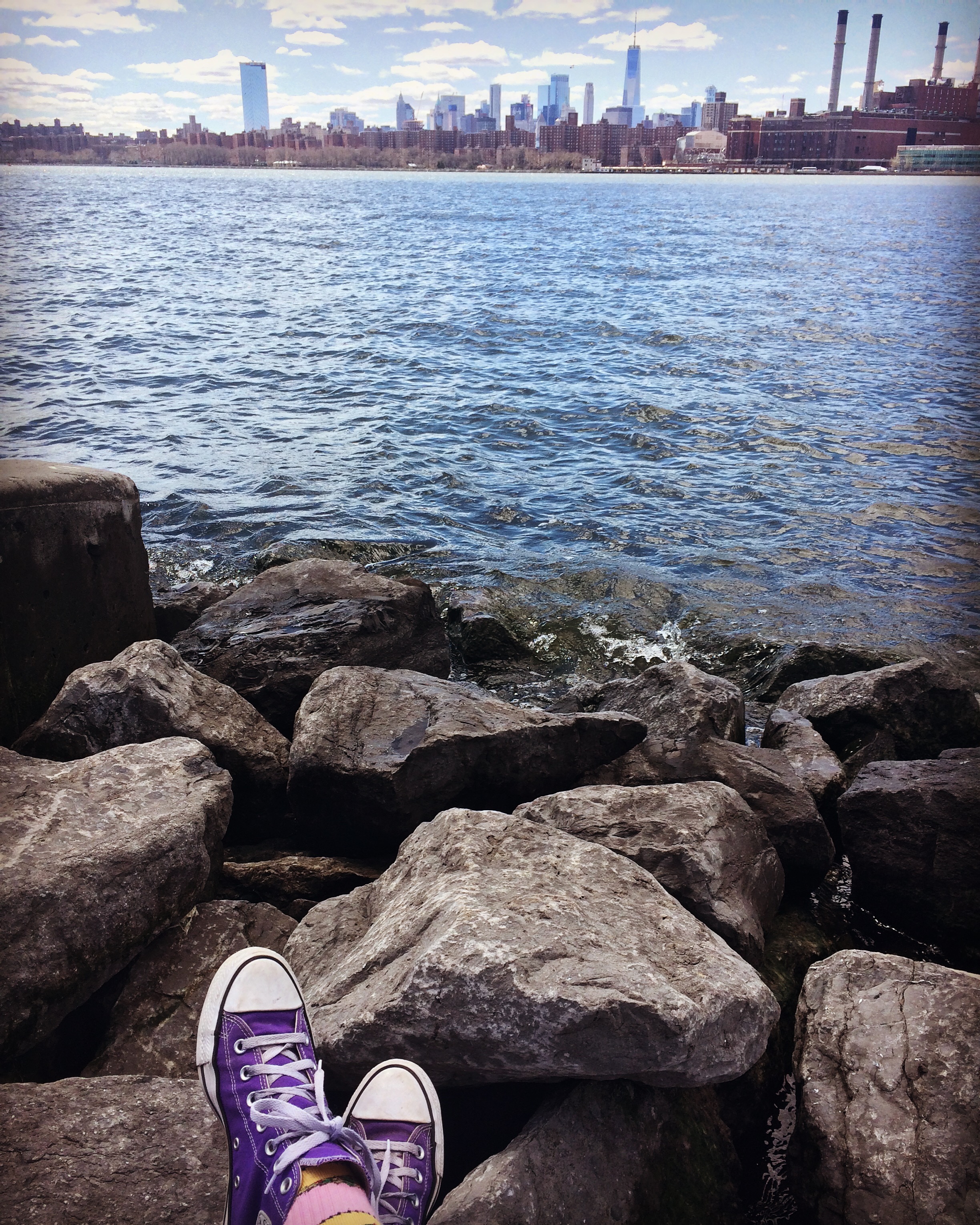 I. Love. Being on the NYC coastline.

I like beaches??? Idk. There’s something about being on the EDGE of land. Where land meets water. It feels RISKY and DANGEROUS, like when I went through that weird phase of putting bowls and coffee cups close to the edge of countertops and tables absentmindedly, RIP all of the novelty coffee mugs that died as tragic result. I like beaches.

But my FAAAAAVORITE kind of shoreline is the kind in New York City! There’s something EXTRA, EXTRA edgy about being on the very spot where the Big Apple meets the Big Ocean (ok, river, but the river feeds into the ocean, so the river carries my essence out to the ocean. Lawyered!).

I’ll never forget the first time I touched the river. OK, backing up: it was back when I lived up in Washington Heights, and right above the Little Red Lighthouse. Many a time, I would venture out of my doors in search of Nature! and find myself down under the George Washington Bridge, on the rocks where the Hudson River meets the island of Manhattan at Jeffrey’s Hook. I remember one warmish day – I think it was in early spring – when I scuttled carefully out onto those rocks and touched the rubber toe of my Converse sneakers into the water. That felt so risky and dangerous and yeah, probably very disgusting considering all the pollution that’s gotta be in there? Yuck. But it was a formative moment in my life as a New Yorker, and an electric moment in my memory.

Skip, hop, jump, across the island and across another river to a different coastline: when I lived in Greenpoint, I was walking distance from WNYC Transmitter Park! Similar to Fort Washington Park at Jeffrey’s Hook #InTheHeights, it’s typically pretty deserted and therefore, a great place to come and enjoy the solitude, if that’s your thing.

And that’s pretty much exactly what I did yesterday, after my doctor’s appointment in Greenpoint! It just so happened that I was on Greenpoint Avenue, and feeling weirdly shaky after unexpectedly having blood drawn and accidentally seeing my weight on my paperwork. It was a warm but windy day, and I couldn’t pass up those sunny blue skies. It was too close to pass up. I went to Transmitter Park. 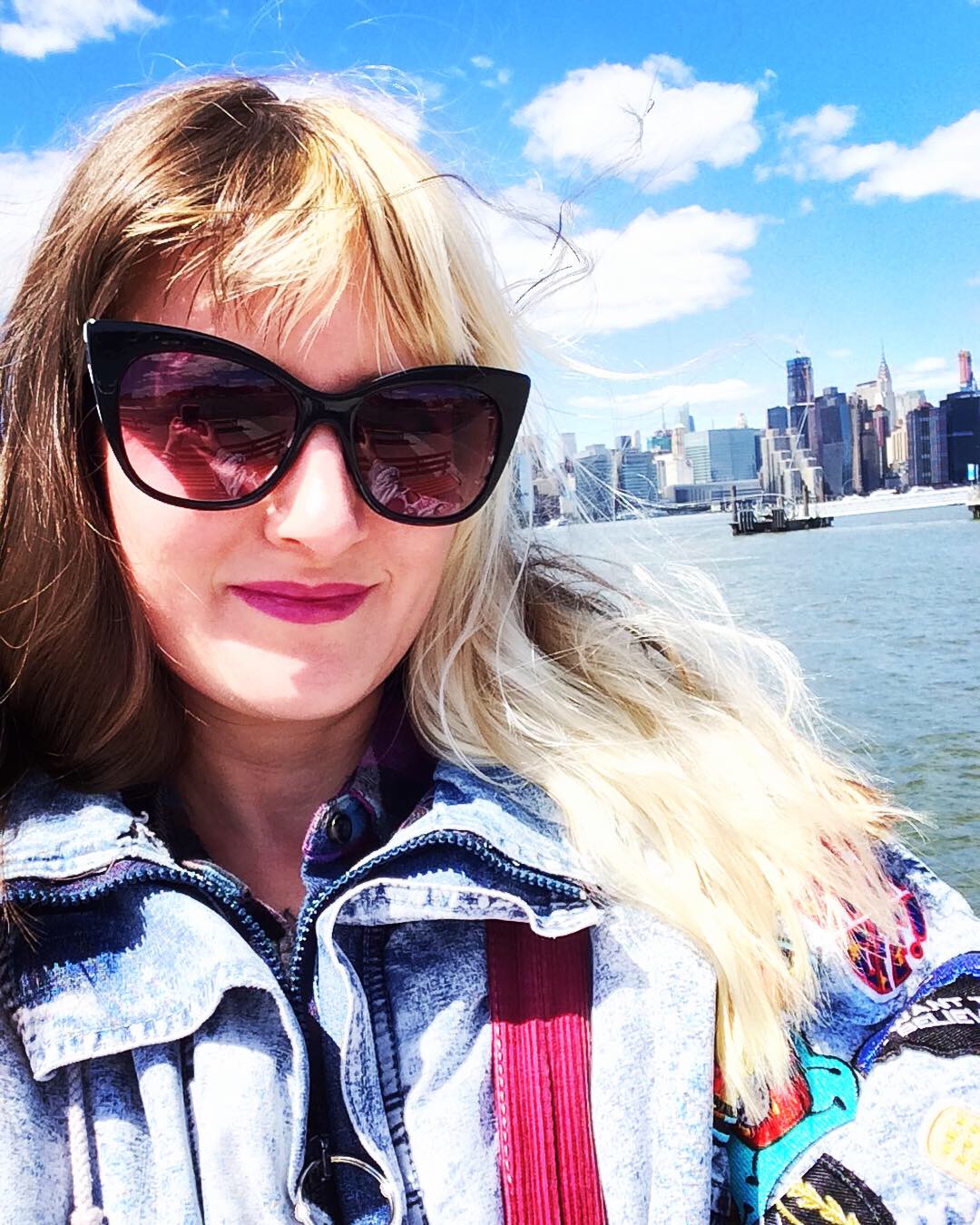 The cool thing about Transmitter Park is that there’s kinda like, a whole experience to enjoy. It’s a tiny little lot, wedged between foreboding warehouses, at the end of a street lined with fancy cafés. The walk to Transmitter Park feels like a glimpse into a life that could be yours, if only you were this fabulous: huge studio spaces, which could be yours if you ever became successful as an artiste! Quaint restaurants and bars, where you would have lunch out on the sidewalk at 2:30pm, swirling a chilled rosé between your fingers. You walk past, if you can, a Monk Thrift Store which I would say is the best branch of the Monk Thrift Stores! And then you find yourself at the park.

The first part of the park is the grassy area, punctuated by *THE* WNYC Transmitter building! I don’t think it’s still in use. It’s a fun little relic, though, at the center of all of the paths that lead from the park entrance to the playground. This dreamy mural sets the tone: this is a place of wonder and reflection. You can perch on one of the benches here, or head further into the park… 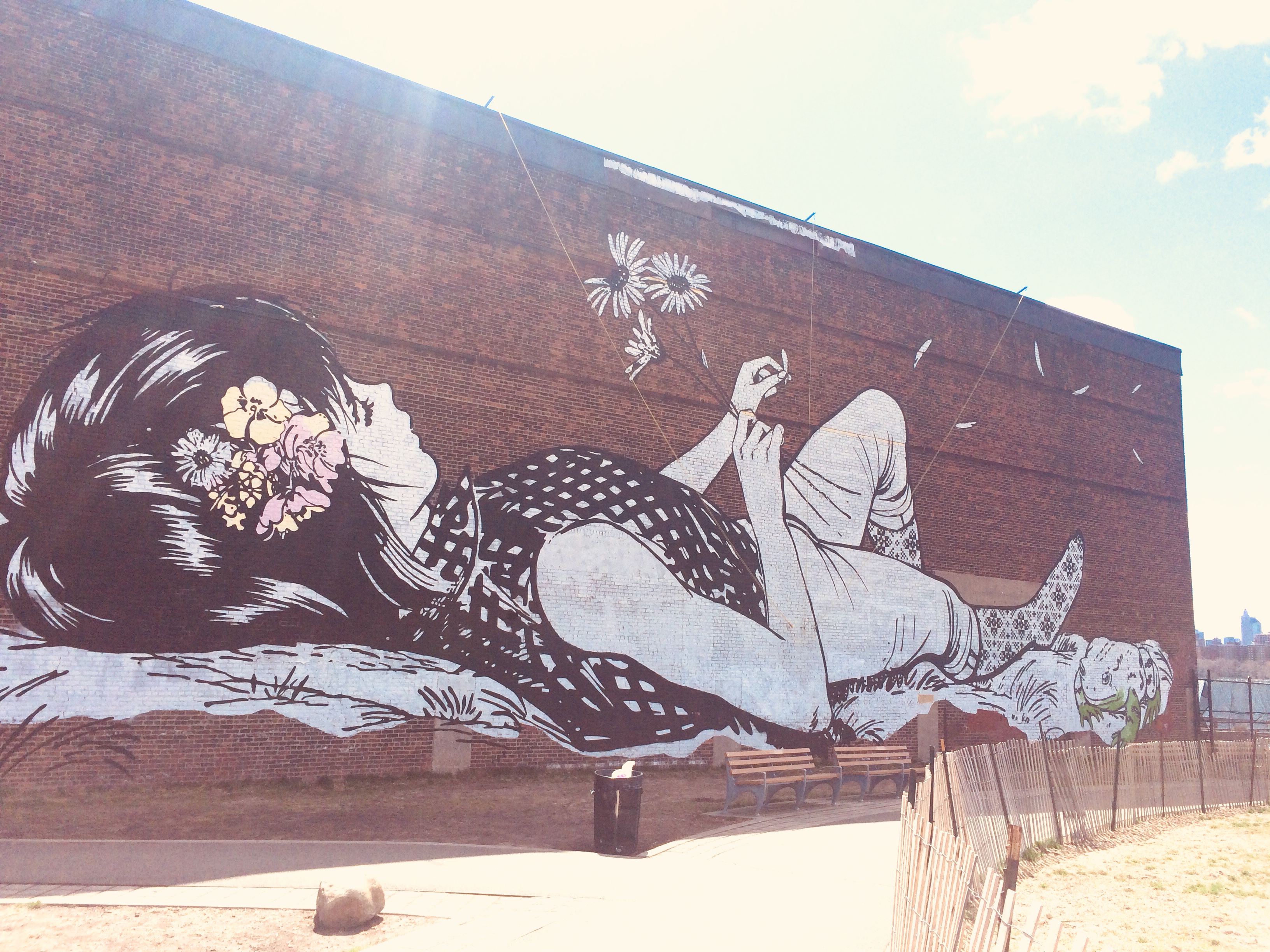 … the rocky edge of Brooklyn itself! There’s plenty of coastline in this little park for people to carefully edge out onto the rocks and feel the spray of the waves crashing up onto your ankles! The smell and the sound of the water is the most calming and relaxing part of this whole park, overlooking Downtown Manhattan, watching the ferries and the barges pass by!

And then, there’s the LOOOOONG, LOOOOOOOOONG crooked pier you can walk out onto, with benches all along the way, and some lover’s locks too! This is the best vantage point from which to see the Citi tower in Long Island City, the familiar skyscrapers of midtown Manhattan, and the East River Ferry coming to the India Street stop, which is — OOPS! — not in Transmitter Park, and there’s no easy way to get there except running back out of the park and out around three blocks and why doesn’t the ferry stop here again? By which point you’ve already missed the boat. Damn. 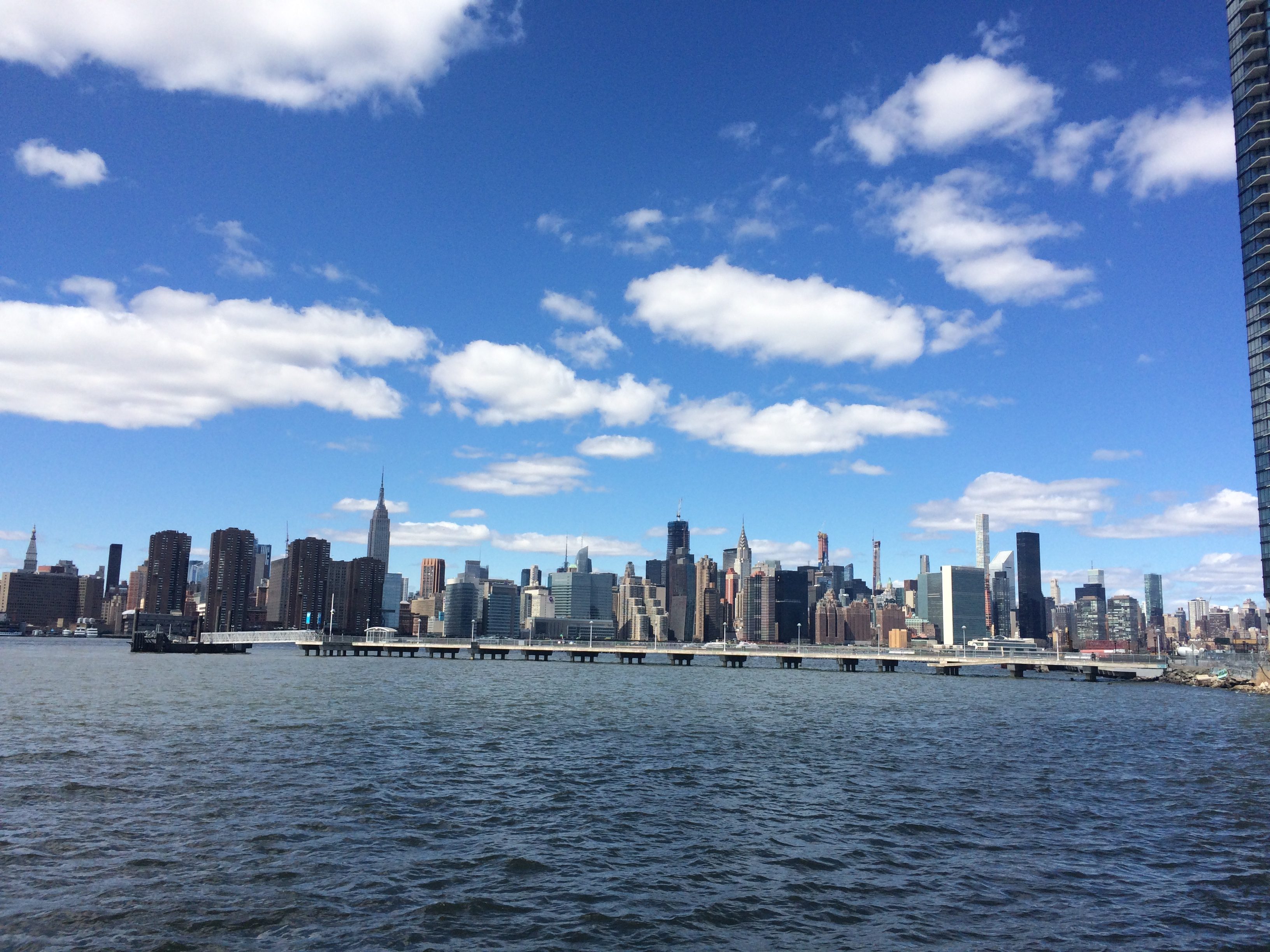 The Greenpoint waterfront, at Transmitter Park, is such a unique gem. I wouldn’t recommend it for the casual NYC visitor, but for the longtime NYC lover, this place is such a refreshing treat — like Strawberry Basil ice cream! It’s a little bit more eclectic than most peoples’ tastes … well, it’s pretty much the heart of hipster Brooklyn, as it is now! It feels at once very modern and very vintage. Very accessible, but just out of your reach. Bald-faced, yet secretive. Making your way to Transmitter Park feels like trespassing your way to a secret spot that overlooks the center of the universe. Talk about being on the edge!