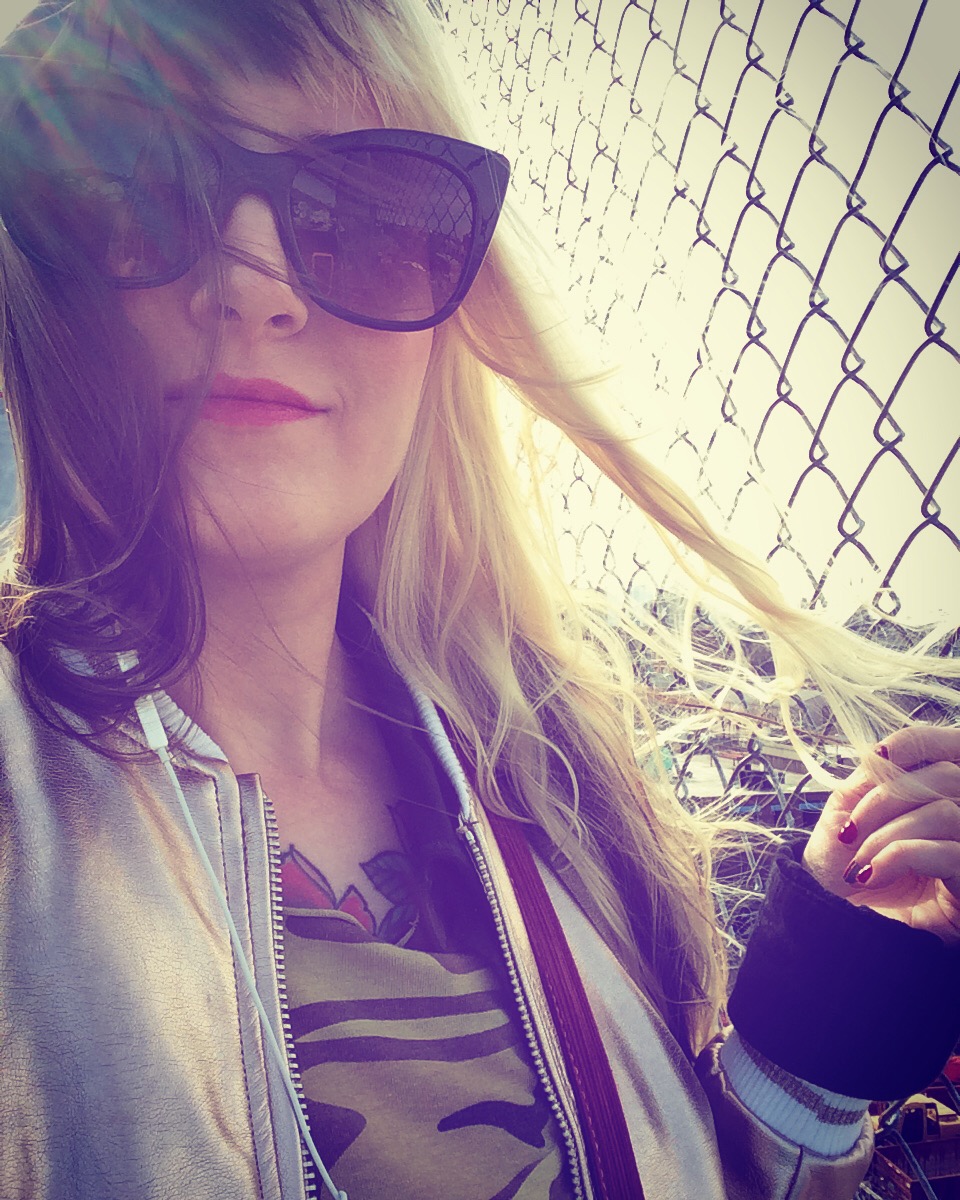 In the countryside, Springtime is evidenced through gradually warming temperatures. The daylight lasts longer. And the trees start to bloom.

In Brooklyn, the telltale sign of spring’s arrival is not the chirps of the returning birds, but rather, the throbbing rumble of a subwoofer being blasted from somewhere down the road. ALL. DAY. LONG.

Welcome to springtime in Brooklyn! aka, That One Hot Day In February, temperatures that vacillate on a daily basis between the 20s and the 70s with no predictable rhyme or reason, One More Snow Storm In May, and having to constantly to unplug your box fan to re-plug in your space heater, and vice versa, until basically July. Brooklyn Spring is a Cha-Cha: One step forward, Two steps back, One Warm Day, Two Below Freezing, Spin, Dip, cha-cha-cha!

New Yorkers are definitively Autumn people. Why? Coffee (KÜOAWH-fee). A good hot beverage, best enjoyed on a crisp, AUTUMN day. Do you have any idea how hard it is to get a Pumpkin Spice Latte in NYC? THEY SELL OUT. LIKE. HOTCAKES. Like hot, cinnamon spiced, whipped cream-topped hotcake mmmmm…… We love our all-black ensembles, our jackets and our accessories. There’s a nihilism to Autumn, a cynicism, that feels very cozy in New York City.

Just as the birds migrate back North in Spring, New Yorkers tend to migrate to public parks. It’s like we’ve forgotten they exist from August to March, but when the temperature breaks 60 degrees, local Facebook and Instagram feeds are suddenly allllllll Central Park selfies. That’s how you know it’s Spring in New York City.

But in my own particular *~*industrial*~* corner of Brooklyn, nature is scarce. The typical signs of “Spring” are completely absent. Believe it or not, concrete rarely blossoms when the seasons change. Our trees don’t bud with leaves. Wet, discarded plastic bags? Sure! Trees are FULL of those! The typical landscape, unsurprisingly, is that of chain-link fences, cement embankments, piles of discarded tires.

The subtle beauty of a Brooklyn spring is seen in different ways. My usually deserted sidewalks fill up with couples, dogs, children on tricycles. People are walking around more! And they’re usually drinking an Iced Coffee. YES, an ICED COFFEE, this is the clearest surrender to the change in the seasons: New Yorkers abandoning their napkin-swaddled blue-and-white coffee cups for the clear plastic tumblers, or — ice cream cones!!!

Like I said, mine is a very industrial part of town — we don’t have a “stoop culture” that’s typically associated with “Brooklyn.” In other parts of town, you’d see people smoking and chatting on their front stoops. There aren’t really homes in that sense out here, but you’ll sometimes see crowds outside laundromats, coffee shops, and small businesses, just hanging out and shooting the shit. It’s pleasant. It’s relaxed.

That’s going to change, though. By the summertime, hazy uncomfortable humidity will settle over the area, making those sunny strolls too uncomfortable to be enjoyed. Stoop-hangers will dip back inside those establishments, seeking refuge indoors with huge, dripping air conditioners. We won’t seep out into the streets until after dark, when the unforgiving sun has disappeared and the humidity abates just enough to step outside. Forcing myself to walk to the end of the block for groceries will soon become a torturous task with unrelenting heat and haze. I’ll take Brooklyn spring, for now.