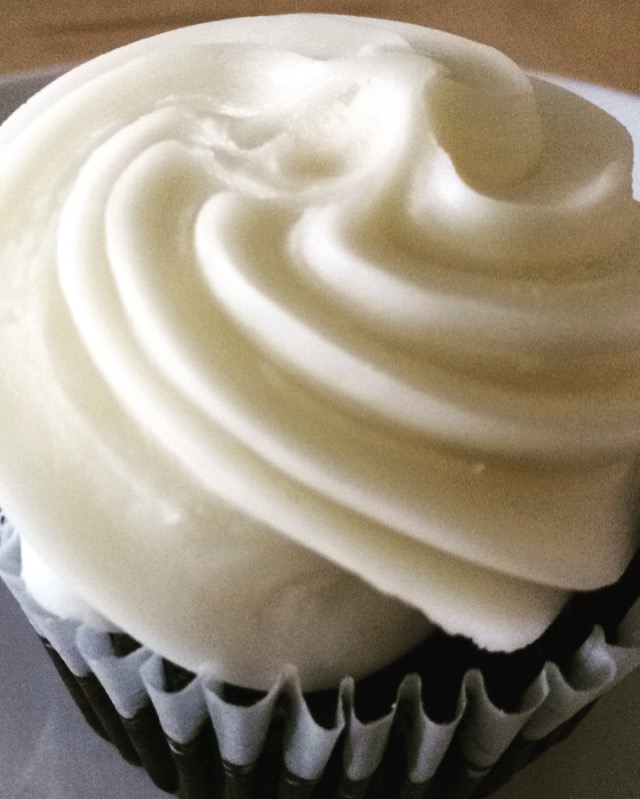 Heya, so, sorry this “typically Friday post” is going up on Saturday, I had a lot of “finish days” this week and I just couldn’t get anything started! That’s not to say I don’t have A LOT of good news to share, because, I DO! It’s just that it didn’t really kick in until Wednesday, when I had my first therapy appointment in a month (insurance is annoying AF).

Well, it felt like way longer than a month because SO MUCH happened. I think I’m pretty good at continuing to “do the work” between sessions, and between reading the book she recommended and using the app she suggested (should I do a post on that, too? Anyone interested?), I realized I had A LOT TO SAY. A lot about grief and fear. She suggested writing a letter to cope with the former (I love this idea. I love writing!), and as to the latter…

I told her that I was having a hard time ever since the election coping with the world. Jia Tolentino wrote a piece in The New Yorker that really resonated with me, and the final paragraph really sums up what I’ve been feeling:

“There is no limit to the amount of misfortune a person can take in via the Internet, and there’s no easy way to properly calibrate it—no guidebook for how to expand your heart to accommodate these simultaneous scales of human experience; no way to train your heart to separate the banal from the profound. Our ability to change things is not increasing at the same rate as our ability to know about them.”

Because of this constant stream of worse and worse events, I feel as though we’re on the brink of self-destruction. I told my therapist that I found solace for a while in Cold War movies, but their palliative effect seems to have worn off. We talk about this a lot, actually: after the Paris attacks, after Pulse, after every innocent citizen murdered by police. I feel like I have no control over my safety in this world, and it’s terrifying.

A-HA! We’ve been there! A few months ago, she had me do this exercise called “NEVERTHELESS!” Basically, acknowledging things that cause me to feel anxious and hopeless, and then come up with a “NEVERTHELESS” clause for that sentence. Anyway, she had me write these sentences out on a yellow legal pad, and I put it up on my fridge. How could I have forgotten? The last sentence I wrote down was THIS: 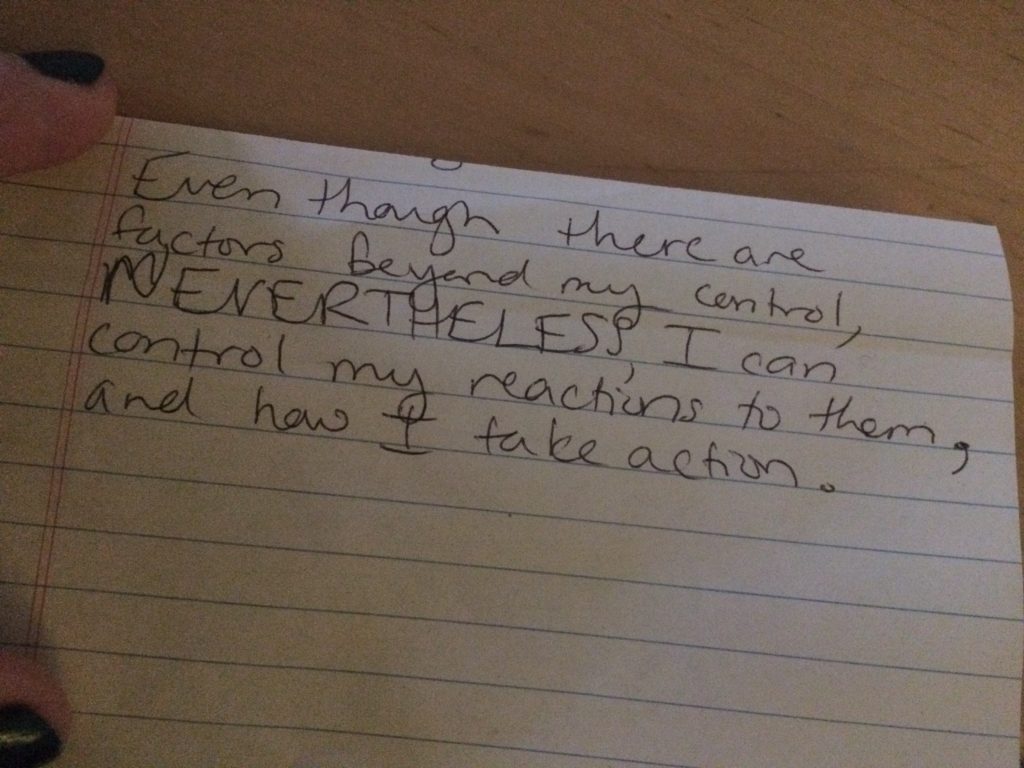 So, I guess I already had my answer. Harumph. And then my therapist said, “How can you make yourself happy?”

So that’s where the cupcake up top comes in. HA! I’m not even kidding. Also in super-duper treat yourself news this week, I spent my tip money from my last open tour of the season (teardrop) to buy really hearty mittens at REI, and I ADORE them. They’re those totally bonkers, fleece-lined fingerless convertible mittens and they’re INTENSE. I haven’t had a proper pair of truly high-performance gloves in…I don’t remember, really… So in a way this was “treating myself” AND doing something very responsible and adult. So I can justify this as a tax write-off? Just kidding, I’m not paying my taxes this year. I mean, if the president-elect doesn’t have to pay taxes, why should I?*

Then, the next day was my boyfriend’s office Holiday party! It was actually a lot of fun. Also, there was a REAL LIVE CHRISTMAS TREE there! It smelled SO GOOD and I forced my adorable dude to take photos in front of that tree because he looked adorable and I was wearing red taffeta and it was a tree. Check out my Instagram, I shared the cutest photo over there!

Friday was freezing and I had so much laundry to do. When I got my hoodie back, I put it on and noticed it smelled so good. I keep burying my face in it and taking deep, luxurious sniffs of it. I haven’t changed detergent or anything! Same cheap stuff I always use (shoutout Extra detergent, bargain brand)! But isn’t it nice when you notice how good clean laundry smells?

Then, I woke up this morning with A HUNCH. I rushed to the window and….it’s a Winter Wonderland! First big snow of the year! I’ve half a mind to get all dressed up and just take a walk in it! Snow in NYC is only enjoyable for like, a short period of time before it becomes dirty puddles and brown slush, ew.

But enough about ME! Here’s the fun stuff I’ve been really enjoying from the Internet this week!

Enjoy the snow and have a great weekend, everyone!