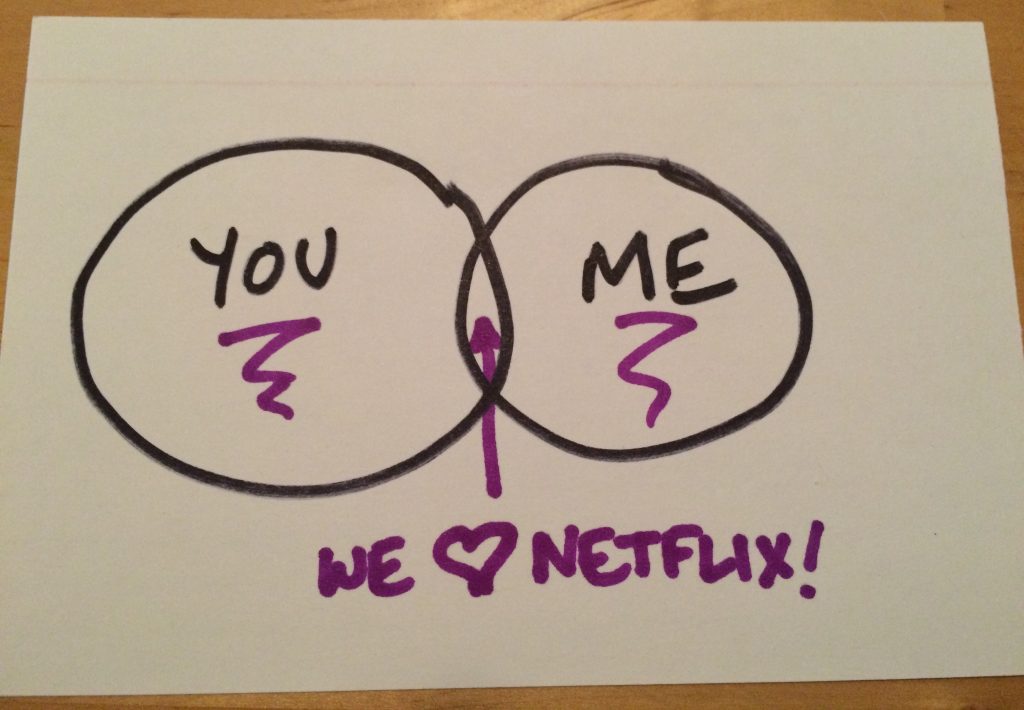 With the plethora of new shows on Netflix, it can be daunting to pick a series you’ve never heard of, and commit to watching all 6-8 episodes of a show. How do you know you’re going to like it?

That’s where I come in. I am a connoisseur of television. That’s right. With my background in Comparative Literature, I like to believe that my recommendations come from a place of honest analysis. Also, who doesn’t love Venn Diagrams? Let’s get on with it, taking the shows you already know and love and recommending a new show to you based on the commonalities they share! 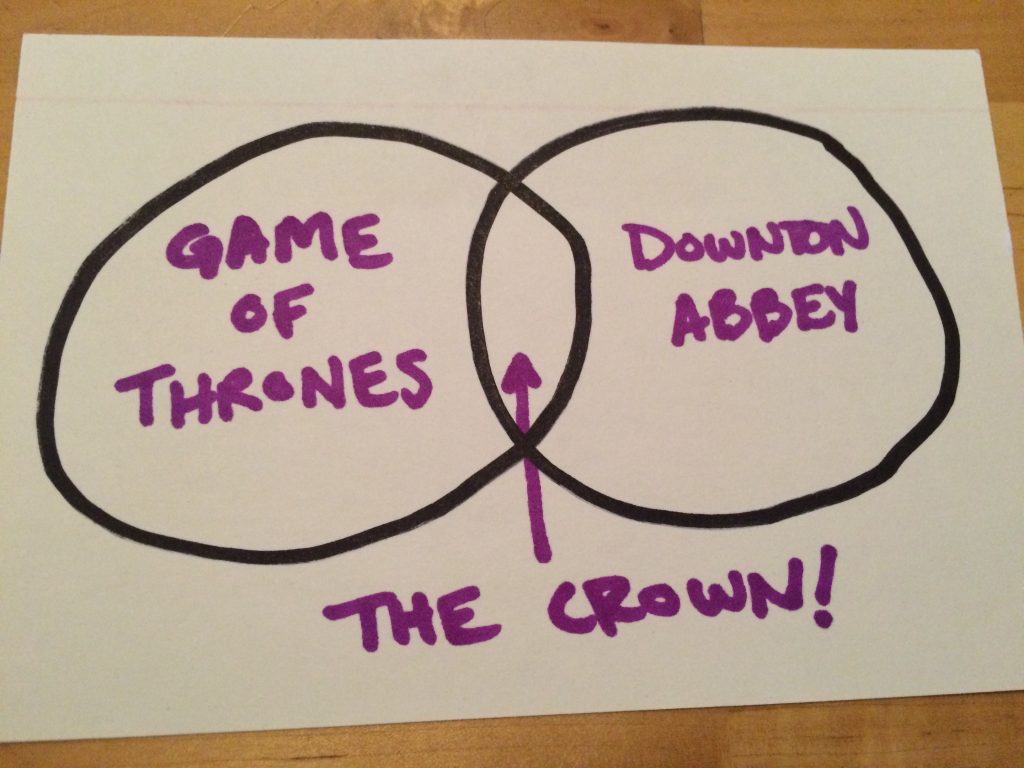 If you’re an American Anglophile looking for some escapism, you’ll absolutely devour this miniseries. Superbly cast and beautifully executed, The Crown embodies the brutal power struggle of Game of Thrones while maintaining a subdued, Downton Abbey Britishness. It’s really an absolute joy to watch the scene where Clare Foy, as Queen Elizabeth II, is chided for replying to every statement with a curt “Oh?” Whereupon she pauses, and fails to stifle yet another: “…Oh!” It’s hard to believe that this gripping, intense drama is based on real life in the English monarchy. I found myself pausing the action to Google various characters and events often, but, don’t do that. Spoilers! Speaking of “spoilers,” Whovians will be thrilled to see Matt Smith doing his very best surly sexual tension as Prince Phillip.

Warning’s Fair: You’re gonna see Matt Smith’s naked butt. That’s a promise from me to you. 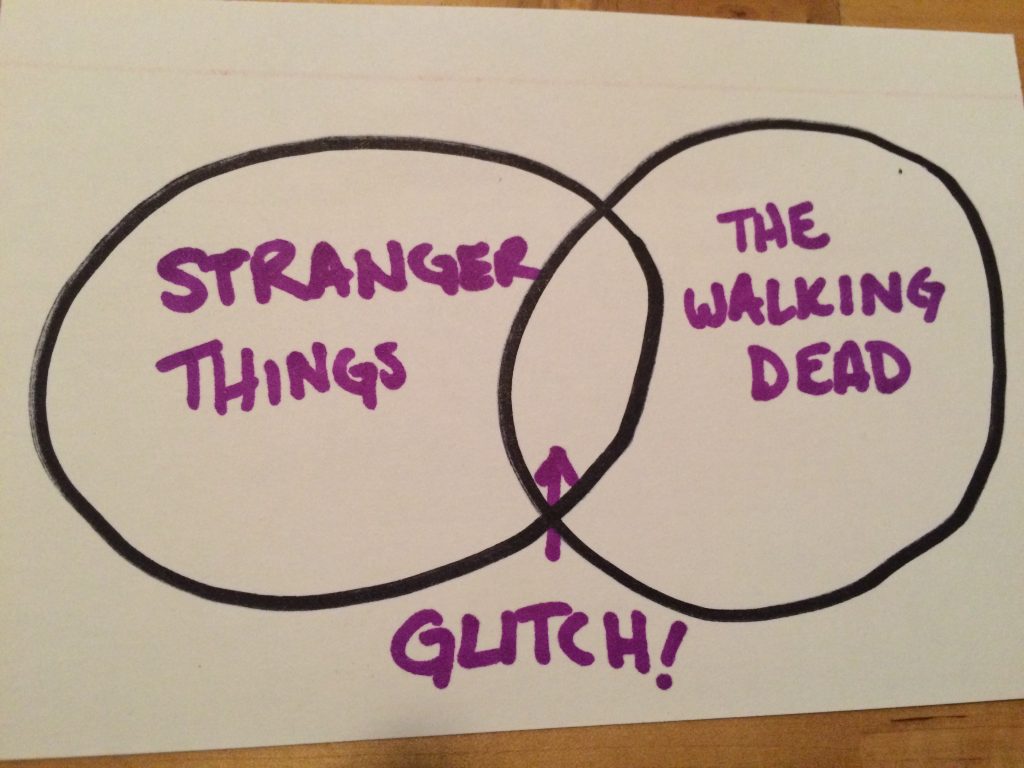 Glitch shares many thematic elements with both Stranger Things and the early seasons of The Walking Dead: a small-town sheriff in over his head. A mysterious secret government research project. A love triangle! However, Glitch carries off these tropes better than either Stranger Things or The Walking Dead. If you’ve ever wished that your horror series would bother to develop their characters a little, well, here you go. I found myself grabbing for the tissues at almost every episode!

Warning’s Fair: It’s very…sanguine. So if looking at blood nauseates you, be prepared to look away. 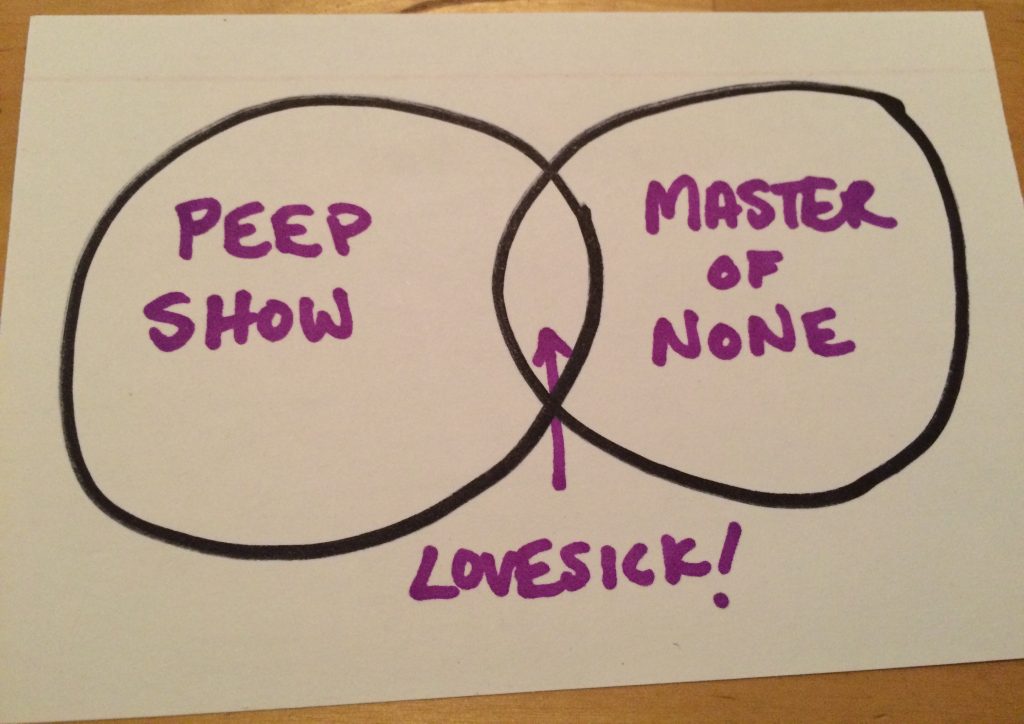 Lovesick: Peep Show & Master of None

Originally titled “Scrotal Recall,” the newly-christened Lovesick is softer, befitting of its new moniker. The basic premise follows three friends on a journey forward & backward in time as Dylan must contact his former sexual partners and notify them that he has been diagnosed with chlamydia. Sounds…romantic, no? Overdrawn characters getting up to embarrassing hyjinx a la Peep Show meets Master of None‘s themes of loneliness and isolation. If you like watching sensitive men who are just helpless when it comes to romance, you’ll enjoy this show.

Warning’s Fair: Not everybody gets a happy ending. 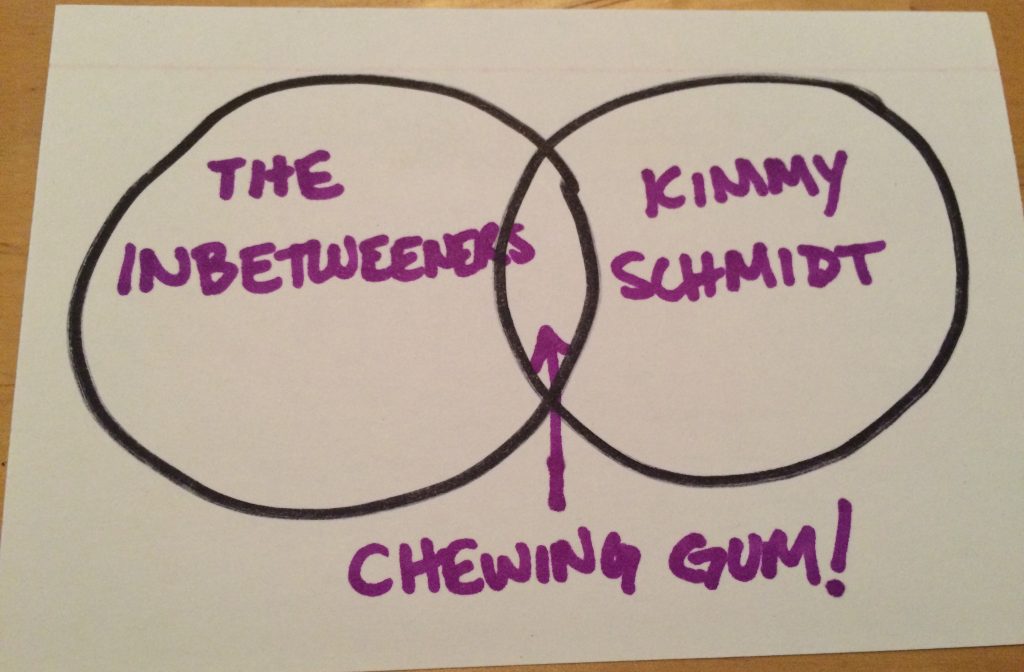 Take a naïve Kimmy-esque twentysomething and drop her in a raunchy sex comedy like The Inbetweeners and you’ve basically got the plot of Chewing Gum. Lead character Tracey depends upon her friends for support as she sneaks around behind her religious family’s backs, trying to lose her virginity. What brings depth and honesty to the show is that it goes beyond the shallow sex-driven teen genre by confronting Tracey’s complicated feelings towards her sexual experiences. I applaud this show for rebuking Tracey’s abstinence-only upbringing, exploring the female gaze, and being sex-positive while empowering Tracey to set personal boundaries. Oh, and it’s FUNNY! Tracey’s cringe-worthy exploits are hard to watch because I think we all, at some point, were confused by the phase “sit on my face.” 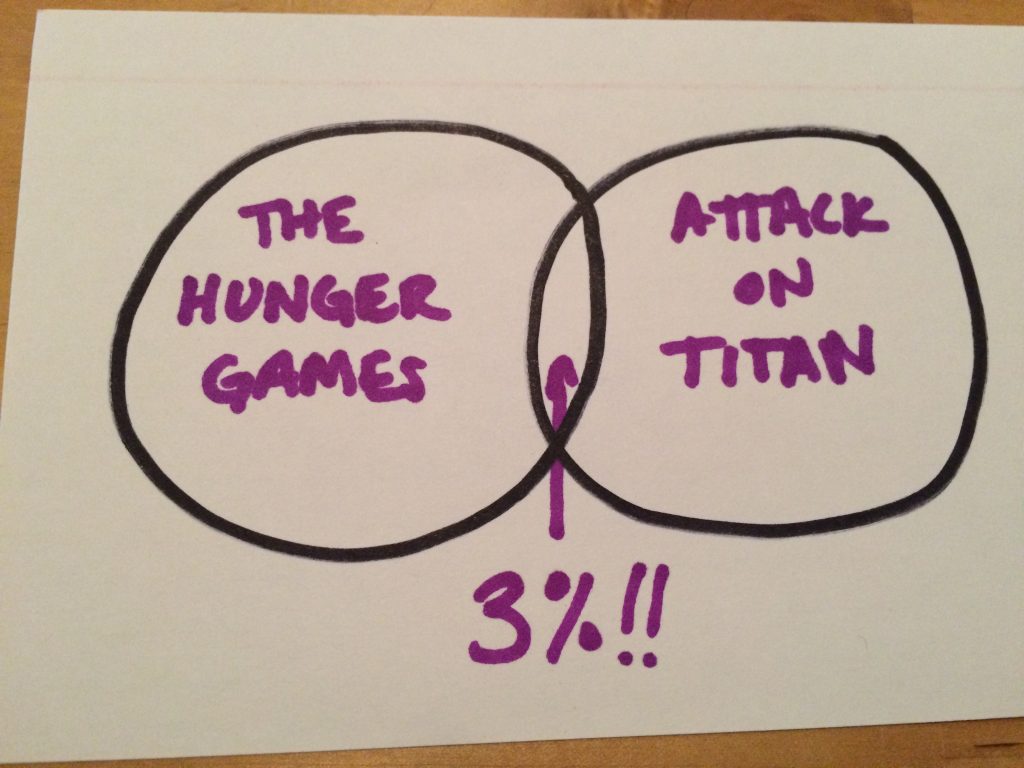 3%: The Hunger Games & Attack on Titan

This is the most unique sci-fi I have seen in years, although the basic premise is very simple. At the age of 20, all registered youths living in a dystopian “Inland” are put through a series of tests to be granted a life on the utopian “Offshore.” All but 3% of the candidates from any given year will fail these tests, whose purpose is to select the type of person worthy of living in this utopian paradise. João Miguel is outstanding at Ezequiel, the overseer of the Process, ultimately deciding who passes the tests. The idea of youths competing against each other for survival is so obviously reminiscent of The Hunger Games, yet 3% pulls it off with much more maturity. The world-building is also simple, yet thorough. I can’t wait to see how future seasons of the show expand upon the backstory of the Inland and the Founding Couple. There’s also a strong anime feel, largely thanks to Ezequiel’s over-the-top cruelty and sadism. The youths working together to save their lives reminded me of the scenes in Attack on Titan, where the training cadets needed to use all their cunning to outwit the titans.

Warning’s Fair: Trying to understand how and why will haunt you for days after you finish the last episode. But they’ve been renewed for season 2! And now, we wait.