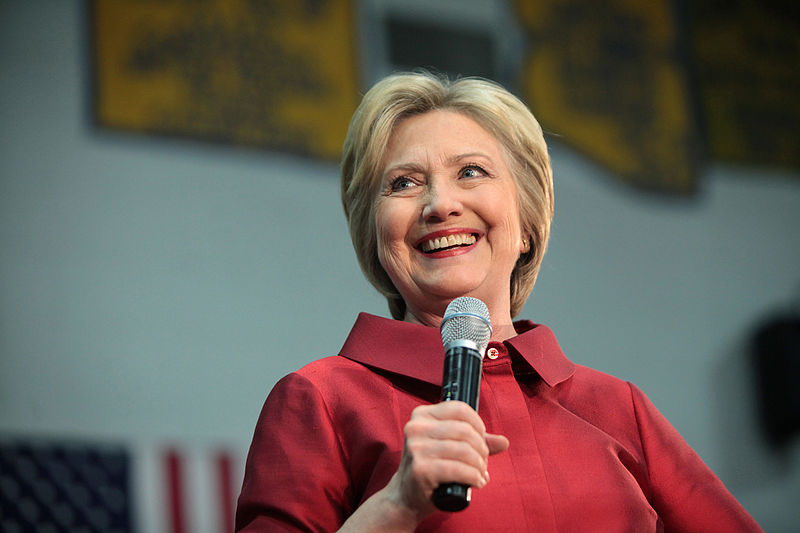 I don’t usually get political —

Well, I don’t usually BEG you to do anything, but today, I’m begging. PLEASE vote for Hillary Clinton tomorrow.

I know some of you are still “undecided.” Or you’ve decided firmly, you’ve decided that you hate both candidates and you can’t choose, so you won’t. You’ll either vote for a third party candidate or avoid voting altogether. Maybe you’ll accompany your protest with a smug Facebook rant about how politics is same-old, same-old, and the Electoral Collage means nobody’s votes count anyway and blah-dee blah blah, with a subtext of how you’re too cool to be sucked in by “the system.” It’s YOU that I’m talking to. Or, “begging,” as we’ve already established. I am begging you to vote for Hillary Clinton.

I am begging you to stop the rise of a man whose campaign has been run on hate. Donald Trump is no longer the silly buffoon who barely stood a chance in the primaries. He’s been emboldened by the masses of people who lap up his dangerous, hateful rhetoric. Now, he stands on the shoulders of thousands of people whose darkest thoughts and fears are given validation through Trump’s sniveling stutters. From the loudest racist screaming for “White Power!,” to the fearful whisper of the unlikely Trump voter who secretly fears that the loss of their job could put their family on the street, I don’t really care what your reason is for supporting Trump. You support a candidate, you buy their policies kit and kaboodle. You can’t just say you support Trump’s anti-Obamacare stance but that you really hope he’ll mellow out on the anti-Muslim, anti-Mexican, anti-Black and anti-woman stuff. Do you really think that’s going to happen?

I mean, shit, maybe. Did we foresee all of this happening just a year ago? Or during the primaries? Probably not. I sure as hell didn’t.

That why I didn’t vote. Yep, I admit it. I didn’t vote in the primaries. I don’t even think I was registered, to be honest. I just assumed that Bernie and Cruz would get the nomination, and we’d get four more years (at least) of progress towards a better future. I couldn’t in my wildest nightmares envision that we’d be here, with me, literally begging people who I know to be kind and intelligent humans to vote for the only candidate who can defeat the rise of a fascist, dangerous dictator who could literally destroy the world.

You’re rolling your eyes. You think I’m exaggerating. Sorry to pull the “Hitler” card on you, but do you think all those Germans who voted for Hitler thought that he’d actually pull off the Holocaust? Um, probably not. But then, people are really dumb sometimes. I put myself in that group as well – after all, I just admitted that I didn’t vote. That was hella dumb.

Maybe it isn’t dumb, though. Maybe it’s actually really beautiful that we human beings believe the best in people, and want to hope that the worst possible outcome will never happen. Which leads us to our choices tomorrow.

Are they the best possible choices? No, maybe not. In a perfect world, Prince and Bowie would rise up from the grave and run against each other for the first ghost President of the United States. The election would tie, leading to an amazing jam session where they agreed to rule together as co-Presidents, and then float back up to Heaven to bless America from above with four years of prosperity and ROCK.

But that is not going to happen between now and tomorrow, folks. Much as we wish it would. So our choices are Hillary Clinton or Donald Trump.

“Meghan, what about the third party candi—” Nope. Clinton or Trump. If you wanted a third party candidate, you should have voted in the primary. That’s my cross to bear, and now it’s yours, too. You can’t sit at a table in front of 15 takeout menus for half an hour saying “I don’t want anything, I don’t want anything” and wait until I’m dialing Domino’s to announce “I WANT PAD THAI!” Nope. It’s too damn late, pal. Being a grownup means you have to make realistic choices. That’s your kick in the pants full of common sense, from a woman whose job involves carrying a lantern around New York City and who bleaches half her hair a different color. There’s a time to be whimsical and ridiculous, and there’s a time to accept reality. KNOCK KNOCK! Who’s there? REALITY. It’s Clinton or Trump.

Donald Trump is not only a dangerous and hateful individual, his every move is an insult to the diversity and intelligence of America. Hillary Clinton…isn’t our beloved Obama, but like, who is? And Bernie’s off the table, for that I take partial responsibility. And tomorrow I’ll be paying the price all day long, indicating to voters where to scan their ballots as a poll worker here in Brooklyn. And you’ll vote for Hillary Clinton, because I asked you to. And because you have the shred of decency required to do the right thing in the eleventh hour. Please? Thank you.