I grew up reading Goosebumps books on the swing set in my suburban backyard, watching Chris Farley on Saturday Night Live on a grainy black-and-white television set, and sharing gossip with my friends for hours on a rotary phone, twirling the long, springy cord around my finger until the tip turned blue.

We didn’t have a computer until I was in high school.  My little brother – he’s a Millennial too, I guess – he’s ten years younger than me.  He grew up playing educational games on that computer when he was four and five years old, while I was using that same computer to download Liz Phair and Nirvana songs on KazaA.

Some of my friends have children.  I guess those kids are Millennials, too?  They’ll grow up with their baby pictures plastered all over Facebook, their first steps recorded on YouTube, their antics lamented by their parents on Twitter.

Think back to when you were born.  How did you decide to be born just then?  You didn’t, that’s absurd.  “Millennial” is an insult based on the circumstances of ones’ birth – much like gender, race, sexual orientation, nation of origin.  Something you have absolutely no control over.

I have a theory that when people use the “Millennial” slur against youngsters, they do so because they want to say something worse, but they know it’s not okay.  Anyone – even a fellow Millennial – can roll their eyes to the heavens and huff, “Millennials these days!” and be rewarded with a laugh, even if he meant “Women these days!” “Jews these days!” “Queers these days!” “Italians these days!”  You can’t say that, it’s not okay!  She can’t help being born a biracial Jewish lesbian in Naples!  Oh, but if she was born any time after 1982, that’s cool.  She’s a stupid, useless Millennial!

Who derives the most pleasure from insulting people based on their age?  People born before 1982.  We’re too young to understand your jokes!  We didn’t grow up under the same circumstances as you.  Things were so much harder, simpler, easier, gentler?  Believe me, there is a chasm of misunderstanding between myself and my boyfriend, born in 1981.  He’s not a Millennial like me, and it’s like he speaks a different language!  He grew up reading books, watching black-and-white TV, twirling a phone cord until the tip of his finger turned blue.  We’ll never understand each other.

How do you spot a Millennial?  Well, everyone knows Millennials are all the same: apathetic teenagers who rally for social justice. Wait, let’s start over: rich kids who grew up in the suburbs and poor kids who grew up in the city, yep, they’re Millennials too.  Okay okay, how about, “starving lazy wannabe artists with high-power jobs in the tech industry…” wait, something about these Millennial stereotypes seems contradictory.  What do all Millennials have in common?  Well, nobody likes them!  Yeah, that makes sense.  Let’s go with that.

So why are Millennials so maligned?  We’re very powerful.  Politicians need our vote.  Companies need our dollars.  And they’ll do anything they think they need to do to get it – from the outrageous debate antics of Trump pouring water on himself on stage, to the “PuppyMonkeyBaby” SuperBowl commercials that make no sense.  Millennials’ attention is powerful.  We will inherit the world, in a very real sense. 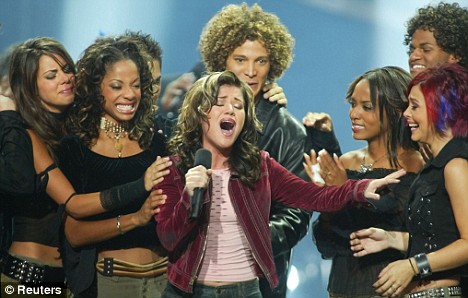 When we voted for Kelly Clarkson to win American Idol by texting the number on our screen, we opened the doors for more female solo artists who might not have had a chance before we said, “this is what Millennials want.”  When we threw our support behind #BlackLivesMatter, it terrified a system built upon oppression, one that we inherited and one we will not uphold.  Millennials will get what they fight for.  Unlike the youth protests of the past – Kent State and Selma, Stonewall and the DNC – you can’t turn fire hoses on a hashtag.  You can’t fire into a crowd of memes.  The old guard doesn’t know how to keep us down yet.  I mean, besides dismissing us as “Millennials.”  Is that all you got?  What’s in a name?

Unfortunately for non-Millennials, I see a lot of people with iPhones who were born in the ’70s, ’60s, even ’50s!  My mom was born in 1952 (she’ll kill me for saying this on The Internet) and when my laptop breaks, I bring it to her: she know how this damn thing works better than I do.  As far as “on fleek” goes, I was born in 1984 (we’ve established this) and I had to ask around before finally using Google to find out what it meant (and tbh, I’m still not sure I’m using it in proper context).

My name is Meghan.  I was born in 1984.  My grandma was born in 1925.  If I inherit her longevity, I’ll live to see 2075.  I imagine that sometime in the 2040’s, I’ll start shaking my heads at the “kids these days.”  Their hoverboards.  Their Mars vacations.  Their food that comes in pill form.  These kids don’t understand what it’s like to twirl a phone cord around their finger until it turns blue, the hollow thud of smacking the TV set when the picture goes wavy, and will they have swing sets in the future, or will they be virtual reality?  Kids of the future, I’ll need your help, too.  It’s 2057, and I can’t figure out this damn TV remote, I wanna show you something.  That man is Chris Farley, he’s pretending he’s a Lunch Lady – what do you mean, “what’s a lunch lady?” – don’t you have lunch ladies these days?  Ah, then, you’re too young to get this joke.  Never mind. 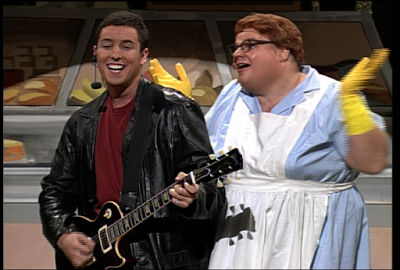