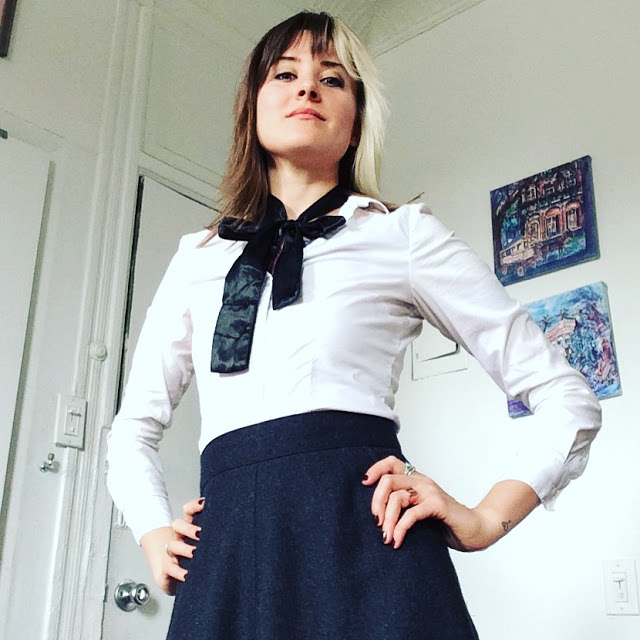 Hello, Sunday Stealers!  This week was, not gonna lie, brutal.  I got a tetanus booster on Monday and my arm is STILL SORE.  Things have just been down and not great lately, but they’re picking up and Look!  I dressed up!  I personally think I look like I’m playing Abigail in the community theatre production of The Crucible, but whatever floats your witch!  On to the Stealing!

Is there anyone else in the room with you atm? What are they doing?  Yes!  My boyfriend is … deejaying?  I asked him if he wanted to listen to music, and he’s currently making a playlist.  Look out!  I’m about to get super sappy!  He’s so adorable when he loses himself in a project, even if that’s just picking the music for us to listen to.

Do you show your teeth when you smile, or do you prefer smiling with your lips closed?  Yeah, I show my teeth when I smile?  I don’t know how not to.  Even though my teeth look like rocks.

Would you rather be told the truth, even if it isn’t what you want to hear?  Yes, I suppose so.  Hard choice to make, but yes.  I do think so.

What is something that you plan to buy, as soon as you’ve saved up the money for it?  Oh, besides all the tattoos?  I might need a new computer soon, that’s something I might look into.  NOT A MACBOOK.  Ugh, those things are impossible.  Can’t stand ’em.

Do you play Sudoku?  Nope, I just don’t enjoy playing with numbers.  Love me some Scrabble!  I don’t always win, but I enjoy it!

Have you ever had a migraine?  Possibly?  Yesterday I had a headache that knocked me OUT.  I couldn’t do anything for at least an hour except pinch and push and massage my skull to try to alleviate the pain.  It was MISERABLE.  I’m shocked I managed to get through my tour last night.

What was the last book you read for pleasure?  Life As We Knew It by Susan Beth Pfeffer.  Creepy, addicting, and I definitely want to finish the series now!

What was the last item of clothing you purchased for yourself?  Probably my blue fur coat, which is SO WARM and SO FABULOUS!! 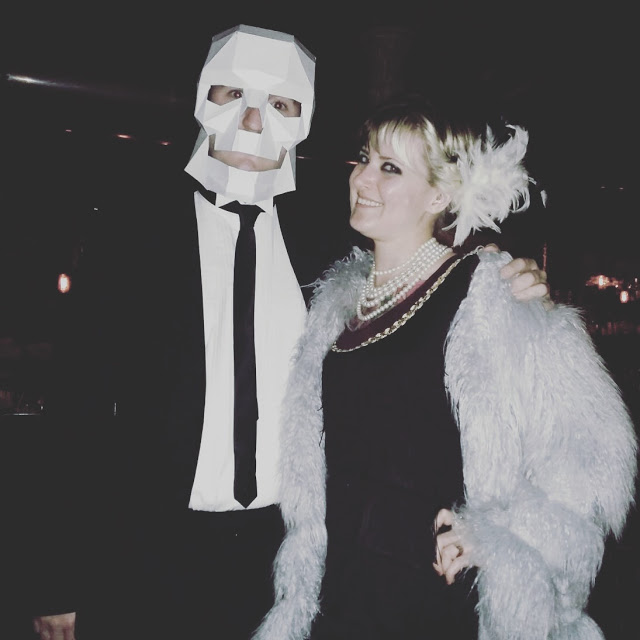 Your first serious relationship, do you still talk to him/her?  We’re friends on Facebook, which is to say, “No, not really.”  But occasionally I’ll give the thumbs-up to a photo or status he’ll post, and he’ll do the same for me.  It’s amicable.

Who is the last person you texted?  It’s a tie between my BFAM (Brother From Another Mother) and my BGF (Best Gay Friend).

How close is your family?  Geographically?  Not that far apart: 4/5 of my immediate family members live in New York State, the only outlier being my brother who is in college in Iowa.

Is there anything too serious to be joked about?  Good question.  I’m looking to try out stand-up comedy and I am feeling out the boundaries for myself.  I feel like I’m okay talking about sex and eating disorders, but I can’t ever see myself joking about rape or suicide.

Do you like to understand and have good knowledge of things?  I love learning new things, but I don’t know if I feel compelled to master everything.

What is worse? Back pain or shoulder pain?  When I was younger, I would have terrible back pain, often.  I remember my consignment shop job which I loved, but would leave my back so messed up after a six-hour shift that I’d need to lay flat with a heating pad for the rest of the day afterwards.  I went through tubes of Tiger Balm and those magnetic heating stickers…thank goodness it went away but those were bad times!

Have you ever almost fallen off of something high off the ground?  No – BUT – when I was starring in The Master Builder back in 2011, the final scene of the play has me hysterical, leaping on top of a trunk at the edge of the stage, waving a scarf wildly over my head just before the blackout.  EVERY TIME, EVERY DAMN TIME those lights went out I was *petrified* of tipping forward and falling off the trunk + stage.  I worked it out so that I grabbed the arm of a co-star and would be led off stage before curtain call.  Harsh to go from staring into the lights to total blackout!  It was scary but I would do it again in a heartbeat. 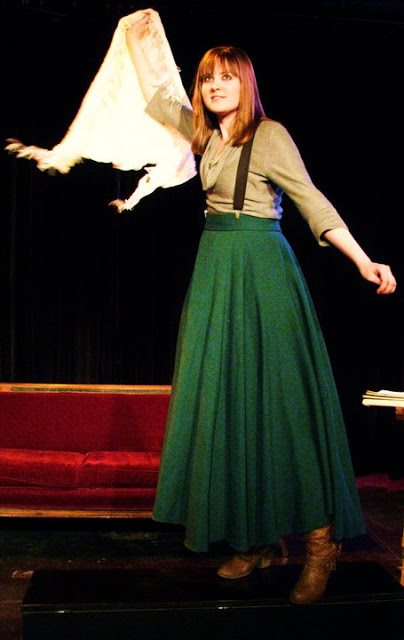 What’s one fruit you love in drinks?  Lychee!  Whatever the liquor, I will always order the Lychee drink off the menu.

What is something simple that you’re afraid of?  I actually wrote a post about this before Halloween.  My oven, for one.  That’s ridiculous, but I’ve always had problems with gas ovens and I don’t completely trust this one.  Check out the post – lots of good irrational fears on it and in the comments, too!

Has this weekend been good?  I worked last night, had a good group.  Woke up yesterday feeling headachey and noserunny, but am feeling better after aspirin, tea, and soup HA!  I have the best immune system!!

How much time do you take to get ready in the morning?  If I have to, I can pull it off in fifteen minutes.  If I’m unmotivated, it can take two hours.

Last movie you watched in theaters and with whom?  Back before Burning Man, I had an afternoon to kill by myself in Reno, Nevada.  So I checked out of the hotel, walked to the movie theatre, and saw Trainwreck.  It was okay, but I mostly enjoyed being almost all alone in the theatre!