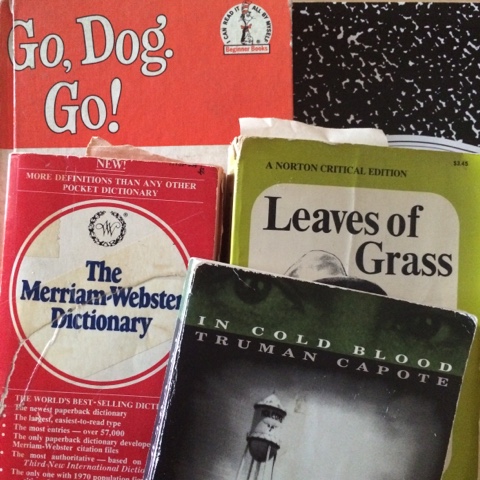 Since school shootings are just commonplace now, with no end in sight, and “safety drills” aren’t effectively saving any lives, we must now resign ourselves to the fact that sending a child into the classroom to learn is in reality, sending them up before a firing squad.  School used to prepare kids for the future:  college, career, success.  But now, schools should take new aim (all puns intended) to prepare kids for their actual future:  getting shot.

School literature curriculum must change to fit in more literature related to school shootings to prepare kids for the eventuality of being gunned down in the classroom.  Hopefully, they’ll make it far enough without being murdered to read: 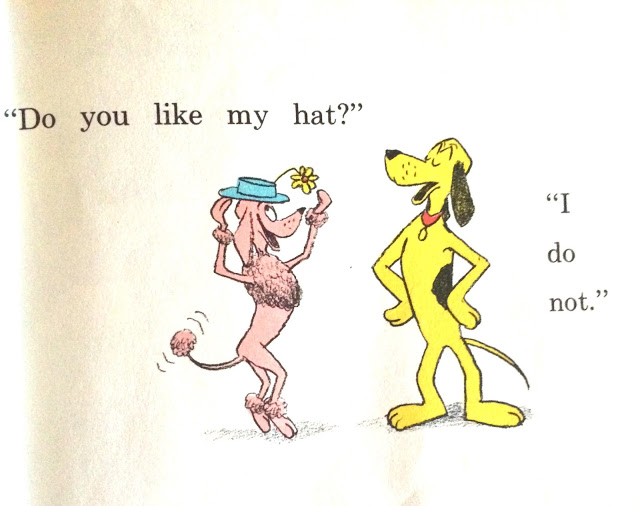 Kindergarten:  Go, Dog, Go, into Lockdown
Welcome to the first day of school!  Now that you’re here, you should know that there is a very real possibility of a gun-toting maniac opening fire in the classroom:

It’s all an allegory, really.  The dogs represent people.  Kindergartners are old enough to understand that, even if they aren’t old enough yet to understand why random strangers with a shocking number of assault rifles want to murder them and their classmates.  Oh, the innocence of childhood.

Around third grade is the time to start introducing kids to poetry.  Third grade is also the perfect time to suggest students bring their own guns to school – you know – just in case!  This take on Robert Frost’s classic poem is NOT for pacifist wimps! 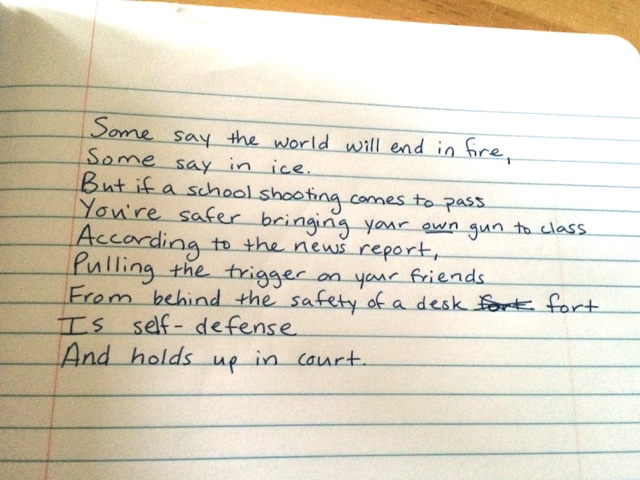 Some say the world will end in fire,
Some say in ice.
But if a school shooting comes to pass
You’re better off bringing your own gun to class.
According to any news report,
Pulling the trigger on your friends
From behind the safety of a desk fort
Is self-defence
And holds up in court.

6th Grade:  He Who Has The Gun is Lord of the Flies

What the hell is a conch, anyway?  Kids these days don’t need to learn about shells or whatever.  They need to learn how to diffuse a situation where their classmate brings a weapon to school.  Crouch down and put your hands on your head!  Worked for A-bomb drills, didn’t it?  Amazingly, however, everyone gets shot in this version.

10th Grade:  To Kill A Mockingbird (with an Automatic Rifle)

Basically the same as the original except when Bob Ewell shows up at the school Halloween pageant, he shoots and kills Jem, Scout, 8 of their classmates, and wounds seven more.  Boo Radley tackles Ewell to the ground, disarming him, but not before sustaining a fatal gunshot wound to the liver.  The authorities to take Ewell into custody.  Boo Radley dies on the way to the hospital and Atticus Finch delivers his eulogy, tearfully calling him a “hero.”

WOW, kid!  You made it through K-12 without getting murdered!  That, in itself, is an accomplishment!  But I’ve got some bad news for you if you plan to go on to college:  of the 45 school shootings in 2015, 17 of them occurred on college campuses.  At least you can prepare yourself for the exciting future ahead with this modernized adaptation of the Doctor Seuss classic:

Congratulations!
Today is your day.
You’re off to Great Places!
You’re off and away!

Except when you don’t.
Because, sometimes, you won’t.

I’m sorry to say so
but, sadly, it’s true
that a massive
classroom massacre
can still happen to you.

the one place you CAN’T go
(at least, I wouldn’t recommend it)
is up before Congress
to question the need for the Second Amendment

or even dare to ask why
firearms in this country aren’t regulated
school shootings must be necessary
because the world is so overpopulated!

Congratulations to you!
On making it through!
Buy yourself a gun or two,
for when they come after you!