I can’t even.  This week we’re talking about fandom a deaths we still can’t even.  Oh, the feels.  Dare we?  Truly, dare we? 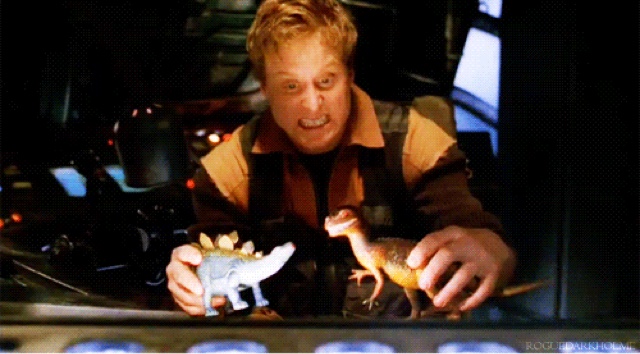 1.  Hoban Washburne from Firefly  sorry if you didn’t see the movie, but this happens, and it’s DREADFUL.  Funny story:  after seeing the movie, I had pizza at John’s of Bleecker, and the waiter heard me talking about it, and told me that Alan Tudyk had sat in my booth a few weeks prior.  My butt felt so privileged to be sharing real estate with Wash.  Oh, the sads!

2. & 3.  Anya & Spike from Buffy the Vampire Slayer  oh probably a good chunk of the reason why I reject the ending of the series was these two deaths.  They don’t even make me SAD, just REALLY REALLY ANGRY.  Therefore, I do not accept the ending, I just do not. 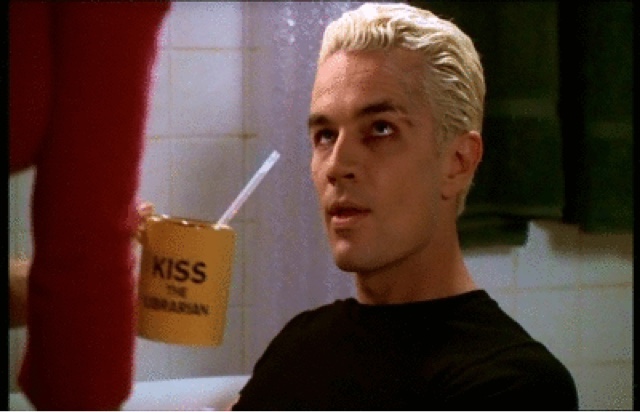 4.  Dora from Time Enough for Love  may be the only Heinlein character ever to get killed off.  I like that about the man…but don’t expect me to get over the death of Dorable!  It’s sad, but her life was happy, so we can rest easy knowing –  y’know what?  NO.  Nobody ever does in a Heinlein book.  We were built up to fall.  From a guy who never does that to you, this was really hard to take.  I want to imagine her riding donkeys and shooting burglars into her 100’s!!!

5.  Fred Weasley  *spoilers ahead* so this was the Harry Potter death that upset me the most because of the worst possible fan release of The Half-Blood Prince EVER IN RECORDED HISTORY.  Here’s my Harry Potter tragedy I will never recover from:

I went to the midnight release of the sixth book (like ya do) and drove myself home at like 2am.  When I got home (to my parents’ house) I decided I was hungry and made a snack.  When I sat down with my snack, I opened the book, and it flopped open to the page where the first line that jumped out at me were the words “Dumbledore’s grave.”

So, I read the entire book, knowing that Dumbledore was going to die, and just waiting for it to happen.  I.  Was.  Pissed.  Totally ruined the biggest spoiler for me, ever.

AND SO, I was more upset that the inseparable and much-needed comedy relief The Weasley Twins were busted apart during the Battle of Hogwarts.  The End.  Grab tissues.  Back to life.  Don’t look back.  It hurts too much.