ATTENTION PEOPLE OF THE FUTURE.  By the time you read this, I will have been living out of a tent for five days, caked in alkaline dust, and peeing in Port-A-Potties exclusively (if I’m lucky): 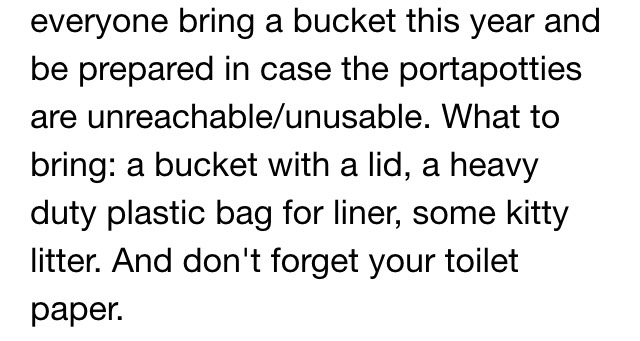 FEAR NOT!  I’m not writing this missive from a past alternate dimension to prevent the apocalypse from happening (though if I were, most of the world is already pretty screwed, eh?).  I’ve been at Burning Man this week, far from internets and therefore have queued this list up to post just before the weekend of the festival, when the serious partying starts to go down.

Why, you ask?  Because all of these things that have terrified me about the festival are already moot.  It’s useless to fear these things any more because they’ve either already happened and I’ve dealt with it, or they didn’t even bother me.  It’s useless to worry about things that haven’t happened yet before and after they’ve happened, thanks to the use of time travel scheduled posting, let’s take a look:

1.  BUGS!  you don’t have to look far to see news that the festival is expected to be INFESTED WITH BUGS!  Within my “camp,” there have been countless emails detailing bug management from the basic (bug spray) to the pre-emptive (loading up on antihistamines in advance to prepare your blood to fight the bites) to the, well, generally what you would expect from the type of people who have a great time pooping in a bucket in the middle of nowhere (WEAPONS ACTUAL WEAPONS).  In case you’re wondering, my boyfriend suggested this one: 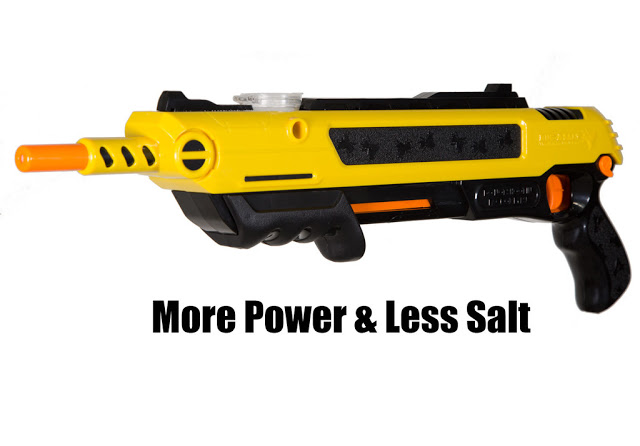 2.  Public Pooping  okay I’ve said it already but a week with Port-a-Potties is not a vacation.  That’s if we don’t have to resort to the kitty litter bucket.  Add this to my darling’s vague warning that many people experience, how shall we say, intestinal discomfort in the desert?  Yeah, he basically warned me to stock up on Immodium and Zyrtec to combat the frequently-experienced heartburn and diarrhea that many burners suffer from.  I’m hoping my fairly strong stomach will survive, but the thought of swatting bugs away while suffering through this in a Port-A-Potty has me awake at night.

3.  THE HEAT  tbh, I’ve barely left my Brooklyn apartment in the past week two months because it is so hot outside.  I haven’t eaten at my favourite restaurant down the road since before I moved here because I know for a fact that they do not have air conditioning.  See you in October!  Guys, was it always this hot, or am I going through menopause?  Let’s hope it’s the latter, because it’s going to get MUCH MUCH hotter in the desert.  I’ve been told it’s a “different kind” of heat, so, can’t really argue with that, because I have no idea what that even means.  However, my boyfriend promises me it will be fun, and he’s really hot, and that’s another thing I just can’t argue with.  His hawtness in exchange for temperatures over 100 degrees Fahrenheit.  That’s why it’s even being considered.

4.  Alkaline dust  so apparently, Black Rock City a.k.a. the place where Burning Man takes place, is a salt flat of some kind, comprised of an alkaline dust.  The dust, so I’m told, gets everywhere.  I’m not saying I’m a neat freak, but I carry tissues everywhere in case of needing to dab something.  OH!  And then there’s the lack of general basic hygiene!  No daily baths?  I can’t wash my hands every time I touch something?  HOWEVER, said hot boyfriend assures me that a gentle coating of dust produces something like a soft filter effect, making all participants appear ethereally beautiful, like Barbara Streisand in an interview, or like you’re living inside the Amaro filter on Instagram.  This better be true.  Hell, if it is, I’m bringing that shit back in handfulls.

5.  SoCiaL AnXiEtY  so as you read this, I will have been living, not showering, and pooping in a bucket in close proximity to 25 virtual strangers for a solid week.  A WEEK!  I don’t even like being around myself for a week.  I don’t like going to parties for more than an hour!  I’m working on this a lot, and I’ve hung out with a bunch of these people in advance, and they’re really great.  IF YOU’RE READING THIS, GUYS, YOU’RE GREAT.  But as the saying goes, it’s not you, it’s me.  I’m awkward and annoying as hell.  I’m probably sticking my dusty-ass foot in my gross, unbrushed-teeth mouth at this very minute because my tummy hurts and I’m too hot to think about being a normal human functioning member of society.  Ugh.  I’m the worst.

All this together, plus the bugs.  Basically feels like I’m entering boot camp in Starship Troopers.  So, you’re wondering, why am I doing this?  It’s like my aforementioned-super-crazy-hot-dusty-boyfriend says:  “If you’re not scared, you’re not pushing yourself hard enough.”  And because he looks even hotter all covered in magical Instagram dust, I believe him.  I also believed him when he all-but promised me an adult-sized ball pit and free booze, and that’s all you need to know about my decision making skills.