Everyone tells me, “You push yourself too hard,” as if that’s supposed to be negative!  In my opinion, I should push harder.  I’m proud of pushing hard!  Pushing hard is a badge of honor!

Until it catches up to you. 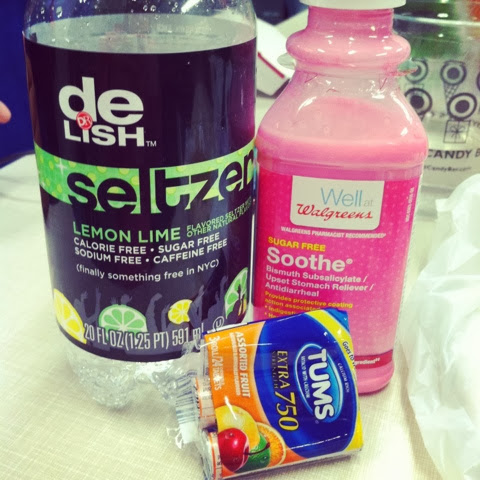 So this week I have caught what I am assuming is either yellow fever or the bubonic plague.  I have a scrape on my forehead – yes, a visible scrape – from passing out face-first into the trashcan I was using as a puke bucket. 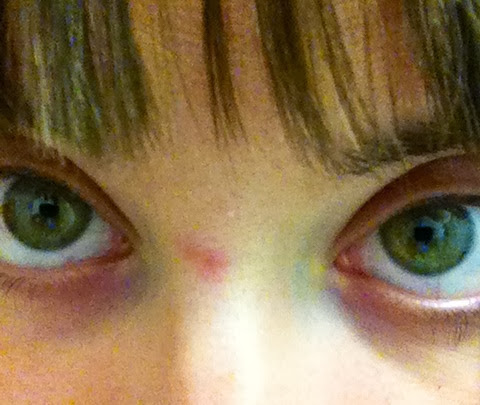 …and isn’t that attractive?  My puke scar.

I’ve spent the better part of two days basically immobile and unconscious and I’m still so tired I can’t do stairs.  Forget solid food!  The only thing I’ve been able to even think about eating is Tomato-Pepper soup from Trader Joe’s, seltzer, and Kozy Shack rice pudding.  That’s it.

And the horrors of the fever in winter time!  Monday night was spent wearing my sweatsuit under a bathrobe and two pairs of socks huddled under all my blankets shaking because I couldn’t get warm, even though my eyelids were on fire.  Every time I attempted to move from my “corpse pose,” I felt nauseous.

But even more infuriating than the illness itself was the knowledge that I was wasting time!  Just lying motionless in bed!  When I had so much better things to do:  that Christmas shopping I hadn’t even started, my room was now a mess, there were dishes, forget about making my way to the medicine cabinet for an aspirin, I couldn’t move, I tell you.

Which is how I came up with my ingenious idea for health care reform.  There should be a public service you can call for a non-judgemental, trustworthy human to come take care of you when you’re sick.  Get your bottle of seltzer out from under the bed, force aspirin down your throat, and not judge cleaning the puke chunks out of your hair.  It can be like a jury selection:  when you are called upon, you have to do the nice thing and go pick up soup and ice cream for your ailing neighbor, set them up with Netflix, close and open the window based around their fever, make sure they don’t accidentally roll onto the floor when they end up sleeping upside-down in bed.  Also, tell the neighbors to shove it when they’re playing thumping dance music all damn night long.

Take care of yourselves, kids, and don’t catch this thing.