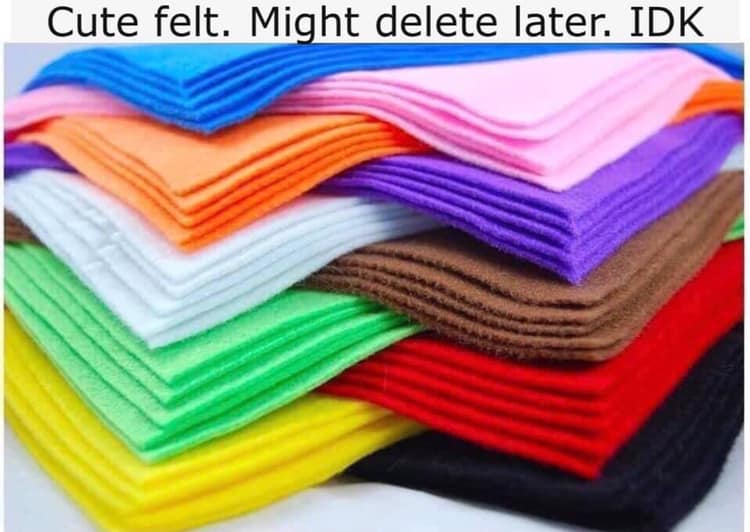 First, the history: According to KnowYourMeme.com, the “Feeling Cute Might Delete Later” Meme has been around since January 2017. At least, in some form. That’s more than two years! If you wanna feel real old, that was the month and year that Tr*mp was inaugurated as president. So, in emotional years, this meme has existed for 80 years…

might delete soon but I felt cute in this pic 😋😘🙊💖 pic.twitter.com/iJTeoJBolc

Do you get it? I’ll explain.

The humor of the meme hinges on the basic knowledge that taking a picture of yourself is an inherently egotistical act, one that you should be ashamed of. Well, that’s bullcrap! Feeling cute is nothing to be ashamed of, and posting a selfie isn’t the kind of thing you should obsess over for hours after the fact until you finally delete it and retreat back into your hole of self-loathing, as you should!!!

OBVIOUSLY, I think that’s absolute junk. If you feel cute, you can be proud of that! Post that selfie! Leave it up! Selfies are liberating and loving! Of course, not everybody like to take and post selfies, and that’s fine too.

“Feeling cute might delete later” makes me kind of sad. For two reasons: if it’s said in earnest, that implies a lack of self-love so profound that the OP doesn’t feel as though they’re entitled to participate in the taking and posting of selfies. Number two, because we’re self-imposing a rule of modesty that precludes us from posting pictures of ourselves! Which is absurd!

We all know how passionate I am about selfies — for crying out loud, people have been etching their likeness onto the sides of caves as long as humans have existed. I can’t imagine Vincent van Gogh writing on the back of his self portraits: “maybe destroy later” or something to that effect. Come on! Leave it up! Why not!