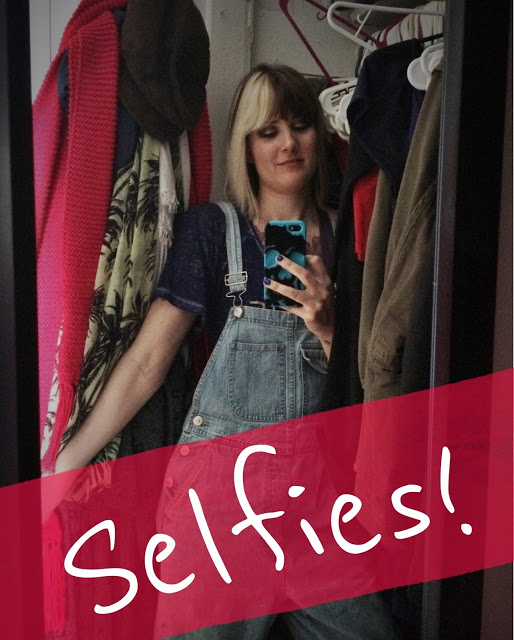 Yo, I wasn’t going to say anything about Kim Kardashian on this blog… ever, but I loooove talking about SELFIES.  When I see selfies being attacked, I gotta run to the rescue.  Oh, and slut-shaming.  That too.

By now, you’ve seen Kim Kardashians “Internet-breaking” nude (and tastefully censored) selfie.  First, can I ask why this “breaks the Internet”?  Because SHOCKER SUPRISE BREAKING NEWS:  Everyone is naked under their clothes.  Except Tobias Funke?  But I assume you’re naked under there, right?  So why does this break the Internet more than, say, things that are… actually shocking?  Say, political corruption, ground-breaking scientific discoveries, videos of cats reacting to cucumbers?  Last time I checked, being naked isn’t new.  It’s been around for THOUSANDS OF YEARS.  If this is the way you react to seeing a body with nipples and genitals covered:

…then I strongly suggest you never go to a beach.  You might die of a heart attack.  For that matter, never look at a magazine, go to a public pool, turn on your television, go to the movies…if visible torso makes you that squeamish, don’t become a doctor, don’t go to the museum of ancient Greek art, and smash the mirror in your bathroom lest you get an accidental glimpse of yourself getting out of the shower.  Sorry, it’s for your own good.  You’re not mature enough to handle nudity.

Kim, Kim, Kim.  Whatever you may think of her, she’s inarguably one of the most famous women alive.  She is widely regarded as attractive, as a sex symbol, as “sexy.”  Soooo….why is everyone so upset over seeing her naked?

Flashback to February 2007: Kim Kardashian’s sex tape is leaked a short 11 months after the birth of our dear friend, Twitter.  Safe to say literally EVERYBODY on BabyTwitter clamoured to catch a glimpse of naked Kim, I mean, am I right?  Can you even remember back 9 years ago?  Flash forward to now, Kim is giving away naked photos for freeeee and all Twitter can say is “STOP STOP STOP FOR THE LOVE OF GOD STOP”?!?

If anyone should be confused here, it’s Kim.  That’s a hell of mixed messages.  I mean, can you deal?  From 2007 until three days ago, all she hears is “Get naked!  Take your clothes off!  We want naked pics!” and when she does, people FREAK OUT, shame her, and – yeah – PHOTOSHOP SWEATSUITS onto her.  I mean, WHAT?! 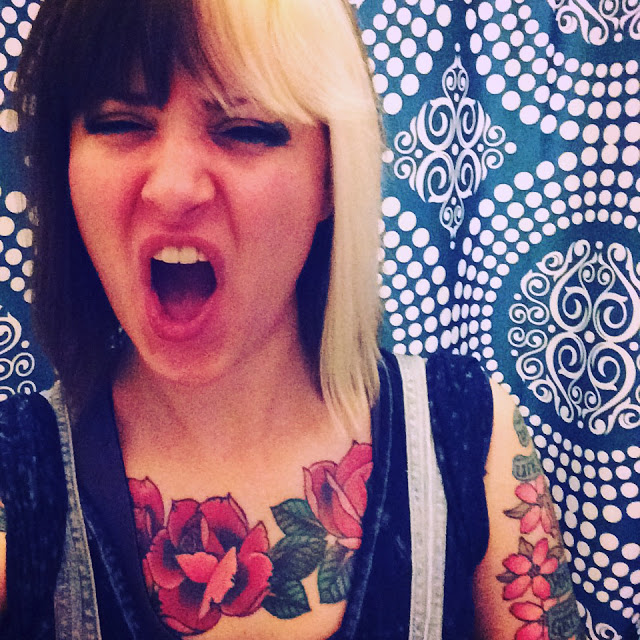 In fact, you’d probably be hard pressed to find a woman who uses the Internet who isn’t pestered for nudes, at least once.  Whether you’re using a dating service or just social media, there’s gonna be DMs asking you for nude pictures.  But post a photo of yourself in a bikini or topless or completely nude and you’re a “thot, hoe, slut” whatever.  Huh.  So what is it.  To n00dz, or not to n00dz?

That’s what we’re calling “self-portraits” now.  Like $1 Menu Burgers, Selfies are cheap, fast, ubiquitous and trashy.  Let’s be clear:  self-potraits are art, SELFIES are TRASH.  REALLY?!?  What?  Why?

Because they put the power into the hands of the taker.  It’s engrained in the culture that women are pretty objects to be looked at.  Sports Illustrated Swimsuit models gaze “come hither” at you over the Tic-Tacs and gum in every supermarket and drug store checkout aisle, covering themselves only with their hands.  The “hand-bikini”? That’s okay, though, because the model you’re looking at is staged to look “sexy,” is styled and airbrushed and photographed hundreds of times before that perfect “hand-bikini” shot was selected out of thousands.  Sorry for all the shade thrown at “hand-bikinis,” it just looks really uncomfortable and hurts my nipples when I try to achieve the look, maybe it feels good for other women, maybe it doesn’t, whatever.  Sure, you’re looking at HER, but what’s her role in all this?  Just to crouch in the sand and cover both areolas with one hand.  She’s just the model.  She’s not fully in control of her message.

Not like Kim K is when she leans on her mirror and smirks at her joke of having “Nothing to wear.”  What’s she saying?  She’s in control.  And that’s, apparently, not okay!  WEEEEE-WOOOO IT’S THE IMAGE POLICE, OPEN UP MRS. WEST!  KIM!  Why did you deviate from the hand-bikini with those weird black bars?  That is NOT how a woman should present herself in media!  The rules are hand-bikini, someone ELSE behind the camera, and it only gets released if someone else decides they want to see your naked body!  YOU OF ALL PEOPLE SHOULD KNOW THIS!

For a woman, having control over your image is a revolutionary act!  I would go so far as to compare Kim’s selfie – all our selfies – with the self-portraits of Frida Kahlo, Cindy Sherman, Rupi Kaur.  Kahlo portrayed herself in surrealist paintings but nonetheless used her self-portraits to express her feelings about herself, isn’t that all a selfie is?  Kaur’s highly-controversial series of photographs depicting her menstruation were censored by Instagram.  What is so dangerous about a photograph of a period?  Sherman’s self-portraits satirize the conventions of femininity and adding her perspective.  Selfies!  Selfies! Selfies selfies selfies!!!

I LOVE SELFIES.  I’m gonna get a tattoo of a heart with “SELFIES” inside it.  Do you have any idea how liberating it is to see y’alls faces?!  I grew up in the early days of the Internet, when my best friends were nothing more than a bunch of words and an icon selected from a list of twelve different cartoons.  Now I go on Twitter and I see your face just to the left of your words.  WOW!

Thanks to selfies, we are not anonymous.  We show our faces and everyone knows what we look like.  SHOW YOUR FACE!  Show your face without makeup, without filters.  Or show your face with all your paint on, all the filters, with cat ears photoshopped on!  What I wish for all you selfie artists out there is that you LOVE YOUR SELFIE.  And never let anyone shame you for showing your selfie to the world.

That feeling when you have nothing to wear?

Go ahead.  Document it.  Share it.  Hashtag it.  Participate in social media.  It’s FREE!  It exists BECAUSE of you, and FOR you, and it’s waiting for your selfies.