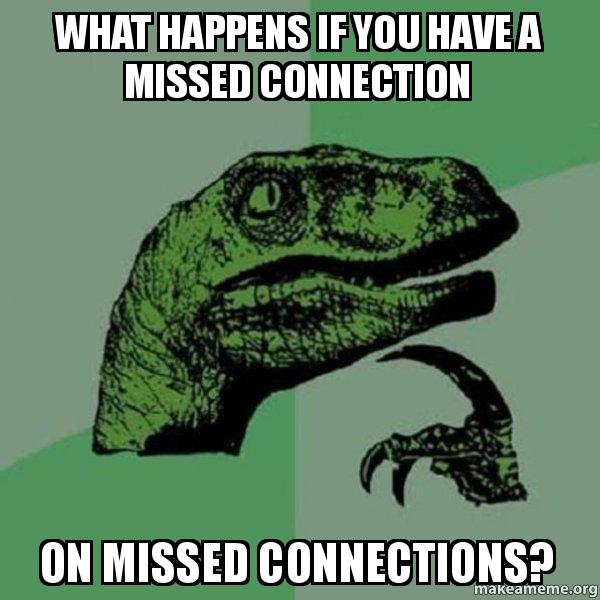 I confess to you, I may have fucked up and missed one, myself.

It was A LONG time ago. Like, the last week of February. It was that one freakish week that it was warm and sunny and I’d just bought this metallic red lipstick that was getting me ALL THE ATTENTION, but in a good way. Imagine the first musical number of Beauty and the Beast, but instead of mocking her, the townspeople just compliment Belle on her metallic red lipstick in a passive, kind, unobtrusive and not creepy catcall kind of way at all. I felt like the Prettiest Girl in New York™!

So I’m standing on the street corner practicing for the ghost tour I’m trying to learn to perform, oh, later that week? When I see some of those Street Hustlers 4 Charity.

I dunno if this is a part of the culture in other cities, but here in New York, people with colorful vests and clipboards stand in pairs out on the sidewalk and ask you for your credit card information to donate to worthy causes as you pass by. Look, I think this is totally admirable, I’m just a huge skeptic towards giving access to my bank information to someone I just met, on the street, just because he has a colorful vest and a clipboard. Just one of the many reasons I’m going to hell, I’m sure. But I did keep a solemn promise I made to a Planned Parenthood fundraiser one time, who approached me once just weeks after Planned Parenthood gave me my first-ever pelvic exam and pap smear, and told me that I was clean for STDs after a disastrous broken condom incident left me devastated and really scared. I told them at the time, “I can’t afford to give, but I will when I can, and thank you for doing what you do to help people like me.” And we hugged. But for the most part, being asked if you “have a minute for XXX worthy cause” and admitting to yourself that you do, or at least you should, before brushing them off and getting on with your day, is one of the truly inhuman behaviours that unites us as New Yorkers. That, and using another human’s lap as an armrest on the subway. I digress.

I saw a cute guy with dark hair and a blue vest and noticed he wasn’t so bad on the eyes. I had just established dangerous eye contact when… his partner approached me.

And asked me about my jacket. My jacket is awesome (you’ve seen it). We chatted about my jacket… my job… his great-grandfather… Gosh, we must’ve talked for about 20 minutes.

Once we’d passed the 15 minute mark, I started wondering: Is he flirting with me? I’m really bad at gauging a person’s interest in me. Like, REALLY BAD. In the same week, I was completely flummoxed when a friendly employee asked me on a date out of NOWHERE and I had to feign CONSTANT BUSYNESS because I wasn’t emotionally prepared to reject someone to their face in the moment, AND someone I’d been seeing put my hands between their legs (to warm them, it was cold outside!) while informing me that it was “the last time we’ll be seeing each other.” So, needless to say, I’m really not good at this sort of thing? But after fifteen minutes of nonstop, good conversation flow, mutual interests, showing each other pictures on our phones, I thought, he is most likely flirting with me.

Call me old-fashioned, but I believe that if YOU initiate the conversation, it’s up to YOU to direct it to it’s conclusion. Either by saying, “Sorry if I was bothering you, I just wanted to say I liked your jacket!” or by ASKING FOR MY PHONE NUMBER. (Or, my Instagram handle, as this is how The Kids™ do things these days, as we have learned.)

I practice what I preach, too, so don’t act like this is some backwards anti-feminist crap on my part. If I hit on a random dude, I will ask for his number. My theory is: if you have the moxie to make the first approach, you should have the grace to handle the rejection.

So, I did nothing.

I continued to converse for at least FIVE MORE MINUTES. Even as my mouth was moving, and witty observations tumbled from it (no doubt), my brain was completely wrapped around the question of WHY he wasn’t asking for my number? Was I giving off a “taken” vibe? Does he think this ring on my right hand means I’m married? Is he waiting for some kind of signal?

Reader, I gently pushed his upper arm while laughing at a joke he made that wasn’t that funny. TWICE.

I contemplated asking HIM, thinking, maybe he’s SHY?? I mean, by this point, we might as well be in a rowboat on a lagoon talkin’ about South Africa and silent movies and laughing and lightly pushing each others’ upper arms while a choir of sea creatures spins our boat in the water singing SHA-LA-LA-LA-LA-LA —

And then, I got a business call, and I had to leave.

I mean, I guess, if you can stand on a corner and hold down a 20-minute conversation with an obviously interested (hello! Upper-arm-push!) woman, there’s only so many reasons you don’t ask for her number. One, you’re not really that interested, you’re just trying to pass the time on a sunny day, and you’re sick of getting brushed off by people who don’t have the time to donate to bless the rains down in Africa, and you just want to remind yourself that you’re a human being with feelings, by having a conversation with another human being. That’s fine, I worked retail, I understand, I accept that.

Two, you’re too shy. In which case, that’s fine. You’ve already eliminated yourself from People I Want To Date. I do not suffer timidity. It’s better this way.

Three — and I really think this one is the main reason why — you’re deeply committed to someone else, and you don’t think you’re flirting. I played this hypothetical in my mind before ultimately deciding not to make the first move:

“Hey, were having a right laugh, would you like to get a coffee sometime?”

He gasps. He huffs.

And then there was the possibility that he was like, 23 or something, because dammit, a good beard can completely obscure a man’s true age, y’know, until it’s too late, and you’re hearing stories about his MUCH OLDER SISTER who’s actually a year younger than you and it’s like you’ve turned into Wendie Manlick which is like, cool, but also, ennhhhhh.

Funny story: after I’d satisfied myself with a cocktail of these three perfectly valid explanations, I saw him again. Specifically, directly outside the Barnes & Noble at Union Square, a place that one only visits to use the bathroom. He was still schillin’ for charity. I was dashing to the third-floor bathrooms.

And DASH I did! Hoping he wouldn’t recognize me. I mean. Like I blend in, right? I know that the ADULT thing, the COOL thing, would have been to approach him (after using the bathrooms, obvi) with a confident:

“Hey, you again! Are you following me?!” *gentle laugh as if that sort of thing were cute and not, like, actually a nightmare* “How’s it going? Long time, no see?” And sort of see where it goes from there.

But he was already gone.

Maybe he ALSO had the decency to flee, as I did, into the bookstore, to avoid awkward confrontation altogether? But now, like, I wonder. Was I too hasty in writing this off? I actually checked missed connections to see if he might have posted on there, because I’ve never had a missed connection in my life, and dammit, I feel like I’m owed one. I wasn’t at all worried about recognizing myself: “You were the girl with the half-bleached hair and the satanic jacket, we swapped facts about tardigrades and made the shape of Africa with our hands…” but no. Nothing. File this “missed connection” under “missed opportunity”…for him… and for me, “Not Meant To Be.”