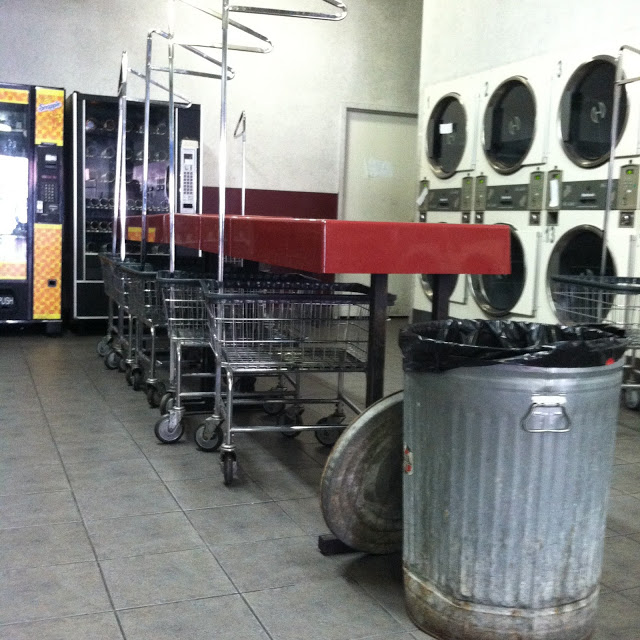 I think one of the most amazing things about a NEW YEAR is the temptation to revisit and reflect on our pasts. As much as I still believe Time is a construct, like “virginity” and “breakfast” (feel free to quote me), I’ve done some re-reading of my own blog. It’s part nostalgia and part research: as I attempt to better myself as a writer, I’m going over my old blogs and noting my growth.

In my last blog of 2016, I talked about writing the truth. So when I came across this old story, I full-on spat out my Moscato:Wow, that’s some candy-coated bullshit, I thought to myself. Well, it’s the truth, but it’s only half of the story! And so, here is the FULL and COMPLETE laundromat story. But first, take a moment to zip over to the original post for a good, old-fashioned New York City meet-cute. Imagine the role of “me” is being played by Meg Ryan, circa 1992. Awww.

Now come back so I can tell you that this was one of the worst sexual encounters of my life. Mom, you can click away now.

If I may be so Brontë: reader, I fucked him.

WHAA-AAAAT?!? I was recently single, and burned pretty badly, I might add. I already knew I wasn’t looking for a serious relationship, and I just wanted to see what was out there. Specifically, in the realm of penises. I was single for the first time in almost a decade and I’d never — never — had a one-night stand. And so, I decided to have one. Wham, bam, thank-you ma’am.

You know how determined I was that this be a one-night and one-night-only deal?
THIS: I didn’t even friend him on Facebook.

Yeah, I was serious about this whole “one-night stand” thing. But I made a serious blunder.

I blame it on the lack of comprehensive sex education in this country. I remember being told to always ask my partner if they’d been tested for STDs (Check). I remembered to supply my own condom for to occasion (Check). But never, at any point in my scholastic career, had anyone warned me not to ‘fuck and run’ with someone who lived on my own block.

I wish that some P.E. coach or health teacher would have, at some point, stood up at the chalkboard and told us:

“Remember, class, when you’re adults you’re going to want to have sex with people. But you should never, under any circumstances, have a one-night stand with someone who lives so close by that they patronize the same laundromat.”

So after our fateful run-in on the street and his phoning the laundromat to get my number — which, to be fair, was probably the grandest romantic gesture to happen to me in my twenties —

“Oh and class? Don’t forget to do your homework, which is to read Chapter Nine on ‘Romantic Gestures’ and answer the True/False questions at the end of the chapter, pertaining to laundromats.”

I waited until my roommate was away for the weekend to invite him back to my apartment. I bought a six-pack of hard cider and drank four, because I was nervous. We made it back to my room. He insisted we leave the lights on — which I was not thrilled about, but accepted — and it. was. bad.

Guys, guys guys! Good sex is subjective, right, so maybe it was just bad to me? I’m not saying HE WAS BAD AT SEX, I fully accept that it takes two to tango…and maybe that would have been more pleasurable than the mechanically performed mattress gymnastics that ensued over the course of roughly five minutes. Maybe I should assume more responsibility here: I should have known it was going to be bad when, after I’d removed all my clothes and climbed on top of him, he asked me what I was going to “do.” DO? It’s a one-night stand, not America’s Got Talent. What am I going to do? I’m going to raise and lower myself on your dick until one of us feels something and then avoid your texts until you get the hint. What do people usually “do” in this situation?

I gave up even trying to enjoy the experience and waited until he was done, whereupon he informed me, nonchalant as can be, that the condom broke.

Darlings, I tell you all this because I am not embarrassed. I am, however, embarrassed by what I said next:

“Since we’re already screwed, do you want to try again and see if the second time around is better?”

Apparently not. He was dressed again and out my door without even so much as an offer to go halfsies on the morning after pill. I bet he was already home by the time I dug out my phone and Googled the pharmacy nearest me to buy Plan B in the morning.

But I didn’t feel any shame …until the next day, when I had to walk to the Duane Reade. Past two churches. On a Sunday. During services. As the choir music poured out into the sidewalk, I felt like everyone in the congregation watched me out the windows with judgey-judging eyes.

YES, YES, I KNOW! I MESSED UP! I FUCKED A NEIGHBOR AND IT WAS TERRIBLE and now every time I run into him on the subway platform and in the produce aisle of Key Foods, he’s going to remember that time we screwed and I told him it was bad and the condom broke and I offered him a do-over because I WANT TO BELIEVE THE BEST IN PEOPLE, OKAY? And now I’ll never be able to leave my apartment without makeup EVER AGAIN because GOD FORBID I run into this guy on the street, looking like shit, and now I’m walking to Duane Reade to pay for my own Plan B because AS IF IT WASN’T ALREADY BAD…!

Adding insult to injury, the pills were more expensive than a week’s worth of groceries for a night’s worth of “meh” sexual contact. So that’s $55 for emergency contraceptive, a stern look from the pharmacist, and stroke through “one-night stand” on my bucket list. But the story? The story — and I think you’ll agree — is priceless.

No, wait. I mean the story is WORTHLESS. Ah well. Same diff.