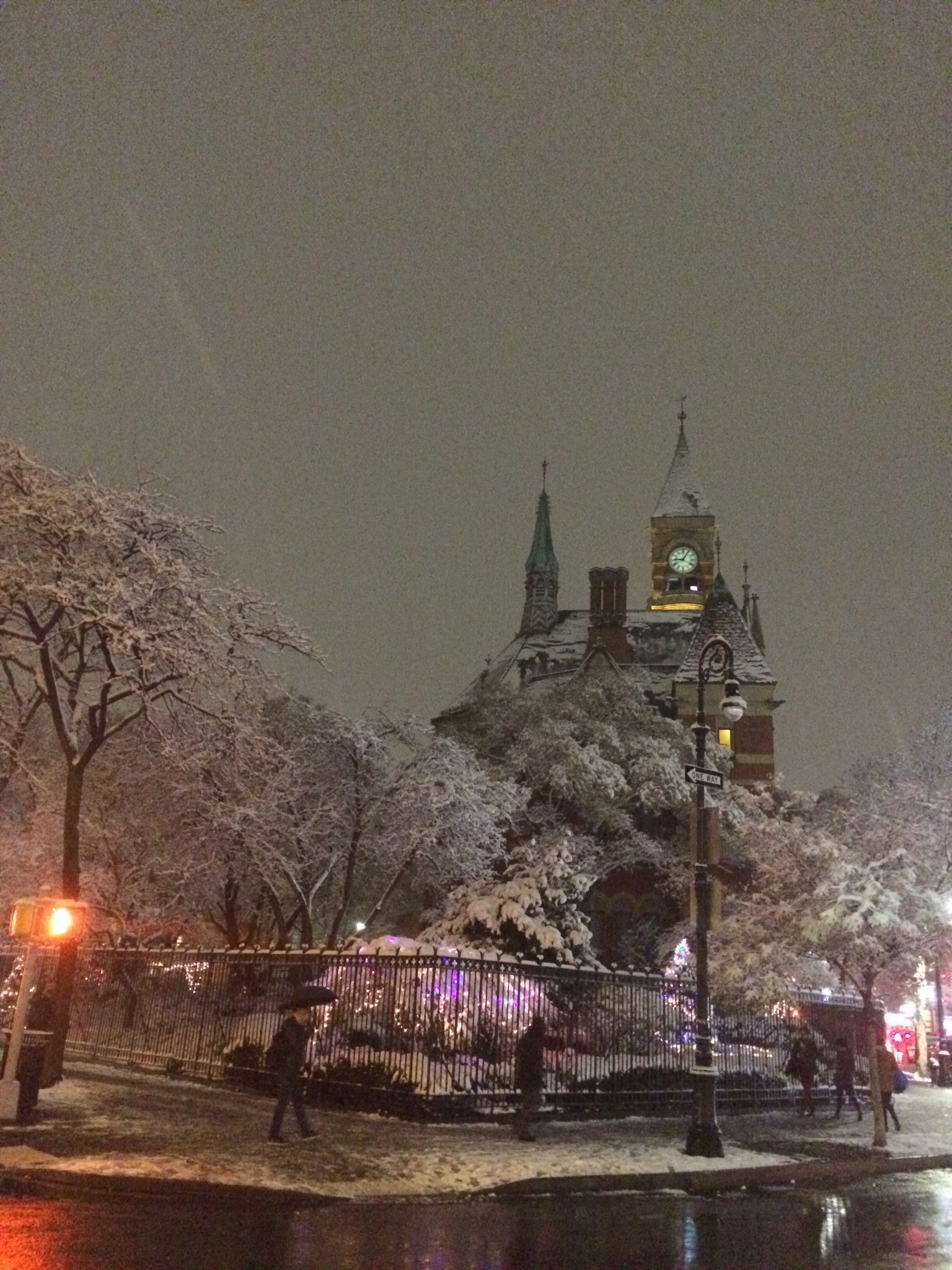 As I begin this draft, it is December 9th, 2017 — the day AFTER John Lennon Day — and big, fat flakes are sticking to the YES STILL GREEN leaves on the tree outside my window. Have I mentioned that I have a window? I’m a lucky girl. Related: I would like some advice on weather-proofing my windows, because it’s fucking freezing in my little Room Of One’s Own.

So NOW – I repeat with emphasis, NOW – I can start getting jazzed for Christmas.

It would seem that Human Adults have very curious opinions about when, exactly it is appropriate to start getting into the “Holiday Spirit.” Like, apparently, it’s NOT OKAY to rock out to Wham’s “Last Christmas” in May, but then, like, the day after Thanksgiving, suddenly everybody’s doing it! Well, call me a hipster, but maybe I just realized that “Last Christmas” was a fuckin’ bop before it was cool.

I kinda feel like, I don’t know, let people live. Maybe this is because I spend a lot of time lurking on British Twitter, but I see lads of folks starting to celebrate Christmas in November. Because HELLO! They don’t have a Thanksgiving! to be their arbitrary “start point” for Christmas. I understand that THAT is the general rule? After Thanksgiving? Which is super, like, American-centric cuz DUH, we’re the only country that celebrates Thanksgiving in November (I see you, Canada), so why does the literal rest of the world have to wait for us to get our turkey and pumpkin pie on? Guys. That doesn’t make any sense.

But when the bank teller asks me if I’m ready for Christmas, and I stare at her for a minute, like, “Oh yeah, that’s this month!” it’s because I don’t personally get jazzed for Christmas until after December 8th. As I said already, that is my One True Religious Holiday. And this year did not disappoint (have you seen my last post!?!?) And NOW, I feel… Christmassy.

I don’t try to force Christmas cheer. I don’t think it’s possible, even. Christmas always reminds me of my friend who died at Christmas. Yes, it was sudden, yes, it was a shock. I will never forget sitting on the bench in Washington Square Park, gazing upon the park’s big tree, when I got the call that life support had been pulled, and there was no more hope. It was unfathomable. Truly devastating. That was seven years ago, but it feels fresh every year when the tree goes up under the arch.

It’s taken a couple years to be able to listen to Christmas carols of the slow & sad variety, but after seven years, I can participate in most festivities without bursting into tears. So yeah. We don’t force the Christmas cheer around these parts.

So I don’t play Christmas music, haven’t out up any decorations. I don’t have anything to celebrate, do I? Christmas is for happy people, but I’m not going to rain on their parade. Yes, it’s a little worrisome that I haven’t been able to enjoy much this year — one of the key signs of depression is losing interest in things that used to bring you joy. But since Christmas never really brought me all that much joy to begin with — mostly stress — I’m not worrying too much about it. So “Let it snow, let it snow, let it snow” all we want, I’m prepared to drink your mulled wine and devastate your cheese boards. I’m not counting down the days, but I am enjoying the lights everywhere. Of course, they now remind me more of the kind of lighting I associate more with Burning Man than Christmas, which tears a little at a fresh wound, but I also haven’t dug in my heels against Holiday Cheer yet.