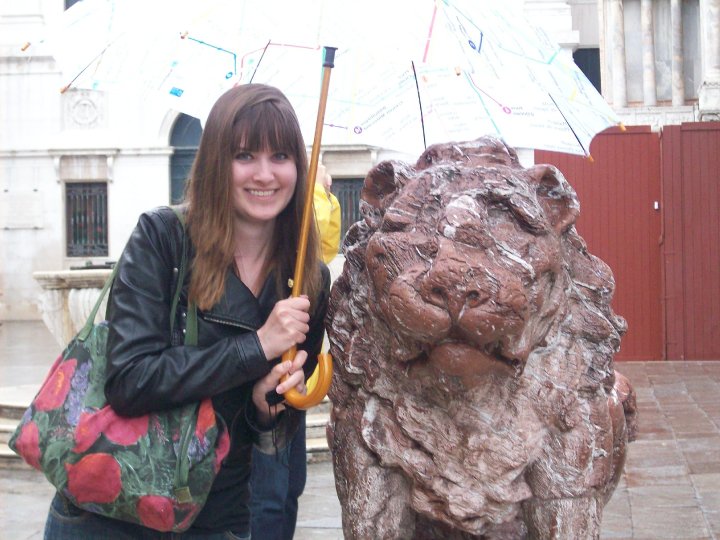 What you need to know is this: the year was 2010. I was traveling Europe with my boyfriend. And I was mortally afraid of embarrassing myself.

Luckily, I no longer have that fear, or this story might never be told. Anyway…

Along the journey, my beau and I developed a sort of code for extricating each other from embarrassing situations. It began in Amsterdam, after I had a few too many perfectly legal substances (in Amsterdam), and mistakenly thought that I had broken a sink in the bathroom of a café. Turns out, High AF Meghan can’t tell the difference between a broken sink and a sink with an automatic sensor, HOWEVER, at that time, I panicked, and fled the Ladies’ Room back to my boyfriend. As the story goes, I grabbed his arm, stared meaningfully into his eyes, clenched my jaw, and urged: “WE NEED TO LEAVE.”

The phrase “We Need To Leave” didn’t really catch on until my sweetie, confused by European train toilets, returned from a bathroom break to inform me that “We Need To Leave” because he’d just relieved himself into the sink by mistake. But I paid him back by the time we reached Paris: I’d misinterpreted the directions to the ladies’ bathroom given to me (in French) by our waiter and waltzed right into the men’s room… where I locked eyes with a man pissing at the urinal and lingered maybe a second too long before excusing myself in broken French (“Je suis American! Je suis stupid!”). After finding the correct bathroom, I hid downstairs until I was sure that the man had left the bathroom area, before creeping back upstairs to inform my honey that We Need To Leave.

The final stop on our grand European tour was Venice. To save a little money — because staying in downtown Venice is molto expensive — I booked us what looked to be a gorgeous room in a hotel in the suburbs. It was a little far, but pretty sweet: we had a nice, big room. There was a restaurant attached to the hotel. And hey! They even supplied their own towels.

I take you now to the middle of a frightful Venetian downpour. After tooling around town and getting soaked to the skin, we called it quits on exploring for the day and rode the bus back to our hotel. Upon changing into dry clothes, we decided to have dinner at the hotel restaurant.

Had I been able to speak Italian (I cannot! “molto” is the extent of my Italian), I might have asked our waiter to answer these two questions:

It seems as though the owner of the restaurant had just acquired a George Michael “Greatest Hits” CD and was playing it on repeat. I estimate that we heard “Wake Me Up Before You Go-Go” at least three times before receiving our food. Not speaking Italian made placing our order difficult, and I settled on the limoncello after our beleaguered waiter explained in rough English (sorry!) that it was a “special drink in Italy.” I was determined to soak up as much Italian culture as I could (read: gelato) so I ordered a glass. Okay, maybe two. But probably not more than three.

As the rain poured down, we settled into the cozy café and I ran through glass after glass of this tasty tart little treat. “I love limoncello!” I declared. “And I love this song!”

Now, I should explain. I am a lightweight. I rarely drank before 2014, and when I did, I had a very hard time recognizing when I had crossed the line from “charmingly tipsy” into “downright obnoxious.” I demanded that my darling be silent so I could slur my way through singing along —

— until he sighed, signaled for the check, and said “We Need To Leave.”

You will be missed, George Michael. Were it not for the rain, and the restaurant owner who may have been your biggest fan? I might never have recognized your lyrical genius, your musical gift. Now, whenever Wham! comes over a loudspeaker, I remember that night, swilling limoncello at that cozy Venetian restaurant. But, y’know. Not too well.