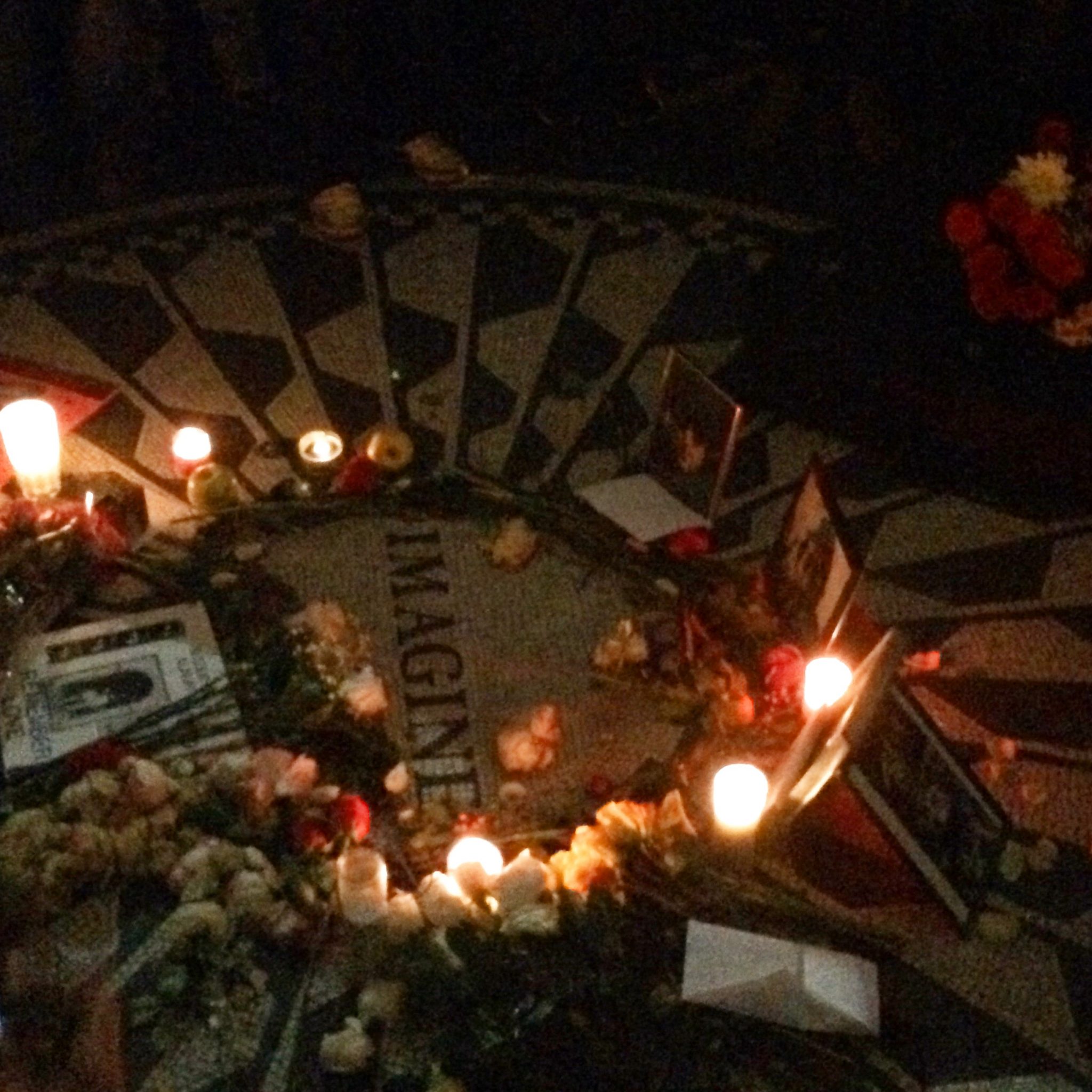 It’s December 9th, and you know what that means.

It means that yesterday, I spent NINE AND A HALF HOURS in the cold singing Beatles songs with tourists and fellow fanatics alike.

I joke that this is my only religious holiday. Well, no joke. It is. During the daytime, the event is a bit overrun with tourists who don’t know what’s going on and don’t have the common sense to respect that something is happening that doesn’t involve them. Selfie stick abound, people loudly talking on their phones over the music “YEAH I DON’T KNOW CINDY WHAT COULD BE HAPPENING HERE? ANYWAY ABOUT THIS MERGER…” And yeah, that pisses me off. I wouldn’t go into your church or whatever during a sermon and get on my phone and start livestreaming it on the internet “HEY FOLLOWERS COMMENT BELOW IF YOU BELIEVE IN GOD OR WHATEVER, AND TELL ME YOUR FAVORITE ACT OF GOD IN THE COMMENTS” and try to get a selfie with the priest in the pulpit. Haha, humans. Why they gotta dumb.

But I stayed for over nine hours (minus two pee breaks at nearby Bethesda Fountain, The Public Bathroom of Literal Nightmares!™ because, as the day wore on, the tourists got cold and bored and only the DIE-HARD FANS lingered or arrived. You know. Steve, Paul, Pierre, Joe, and Kelly with the keyboard and her dad on guitar. Here’s Joe:

He wanted a picture with me because we took one last year. A man after my own heart: keep tradition sacred! He recognized me and said “No fur coat this time?” The past two years, I’ve worn my powder-blue faux fur coat but not this time. So, you know. He really did recognize me. Seriously. We’re a family. This is serious.

And I learned a lot of things this year! Like, apparently, everyone does this on his BIRTHDAY TOO??? Which is, apparently, a lot more popular being that it’s in October and thus, marginally warmer. Okay, consider my calendar MARKED for next year! I just DOUBLED MY FUN, y’all.

I actually had to tear myself away because the balls of my feet hurt from dancing and standing for so long, but it was a completely magical night. Thanks in no small part to the lovely gentleman who brought a bottle of red wine and those little cups you use to rinse at the dentist’s office to share it. And I made a NEW friend who didn’t judge me for Googling the verses to “Jealous Guy” and sang loudly next to me so I wasn’t the only one belting it out. Alas, my phone ran out of space (!!!) before we got to “Hey Jude,” but trust me when I say I lost my MIND at the “Na-na-na”s and COME ON, people! Those are the easiest lyrics to remember! We ALL know them!

It just started snowing outside my window, and I’m still a little rough from not eating all day yesterday and having a couple rinse cups of wine and belting out “The Ballad of John and Yoko” like, forty times, so I’ll leave you with video from earlier in the day, before my phone crapped out and while I still had the sense to aim the microphone at the GROUP and not directly at MYSELF as I was drunkenly crooning out “DON’T LET ME DO-O-OWN!!!” which, you know, is part of the process. Anyway. How soon til October? See you next year!

My heart is so full now!