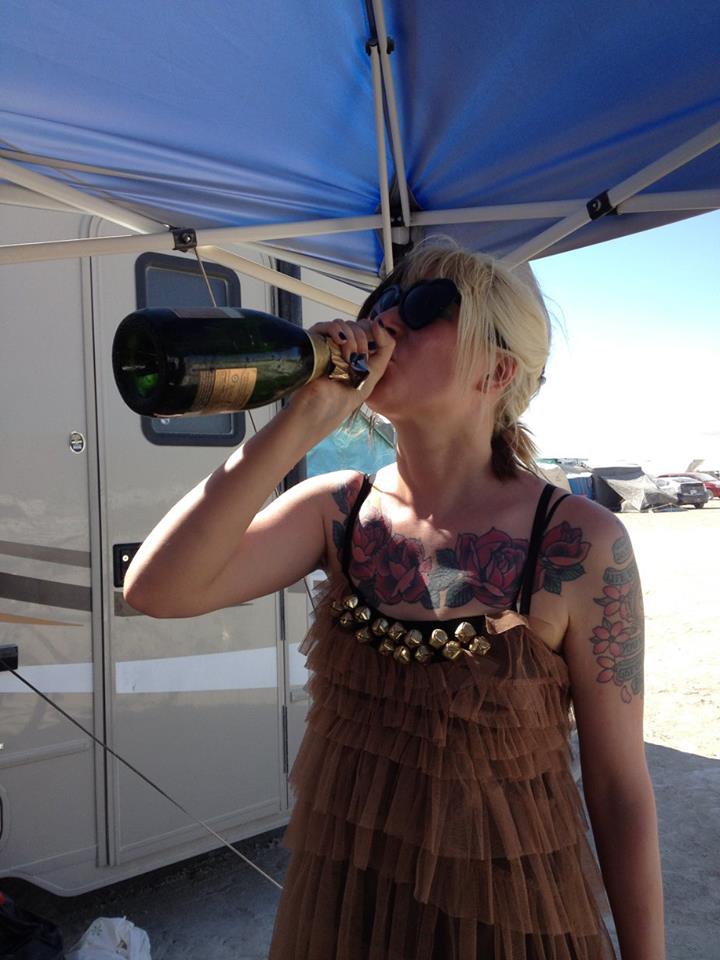 It was my third time at Burning Man. I wasn’t supposed to come back this insufferable.

So, you hear all the clichés about youths going to Burning Man and coming back changed. I don’t think I really changed all that much after my first burn, to be honest! Maybe I became a little more relaxed about persona hygiene, but going from near-constant hand washing to not showering for over a week will probably do that to you. Even my second time around, I had a great time, but I didn’t come back like… well, like this guy:

But this year, something must have happened to me because I honest to Flying Spaghetti Monster feel like a whole new person. Like, everything is different. Mainly these four things:

I am so bored by apps and feeds. As soon as I got back into signal range, I turned my phone back on… deleted all my junk emails, then turned it off again. Aside from texting, I just don’t know what to do with it anymore. It’s not the slim rectangle of near-constant entertainment that I remember it being Before … And the opposite is also true: I’m so much better at sitting quietly and doing nothing. Being entertained by my own thoughts and surroundings is so much easier. I don’t consider this a “good” thing. Just a neutral thing. Maybe even a bad thing.

Politics & current events doesn’t consume my life. Before, I was in a near-constant state of anxiety thanks to endless feeds and updates with the news, which would trigger panic and fear whenever anything new happened. It was getting to the point where it was inhibiting my ability to live my day-to-day life. There was absolutely no balance. After going “cold turkey” on the news — Hello, I was in the freakin desert! — I haven’t been worrying about “the issues” every waking moment. I’m doing other things like seeing friends, finishing tasks, and remembering to eat. Now let me say it’s not as if I’m IGNORING current events or trying to avoid unpleasant news! I’m still aware of it! I just think I’ve gotten a little bit better at sorting it into its proper place, and continuing with my life instead of breaking down into terrible depressions and feeling like life isn’t worth living if the world is so cruel. It’s a good change! But I think the magic is slowly starting to wear off, and I don’t want it to!

I get SO TIRED in the afternoons. I have no idea why this is. I was even more active in the desert, and yet here, I find myself needing coffee between 2-5pm to keep from dozing off! Am I still jetlagged? That seems pretty impossible. Was the altitude just good for me, and sea-level is draining? Like, what the heck? I’m hardly biking miles & climbing on art & dancing in the afternoons anymore, so why am I so tired??? I think this is definitely a change for the worse.

And my heart is on my sleeve! Before I left, one of the main focuses of my therapy was working on building self-esteem and overcoming self-consciousness in order to be emotionally available and vulnerable and take the risk to form close intimate relationships. Maybe it was something in the magic playa dust — or the oppressive high heat and humidity? — but it was so much easier out there to just relax and be myself. I felt a lot safer to be vulnerable out there. I know like, here, on this blog, I don’t shy away from anything… but IRL, I’m actually pretty shy! Well, that was not the case out in the desert, and these feelings of open-heartedness have continued. I think this is a Very Good Change, and one that I hope to carry on as I …dare I say it?… Burn Every Day?

So, that was my third burn. The first two were mind-blowing, to be sure, lots of fun and inspiring and life-changing. But this time around, I feel like I had a more quiet and reflective experience. I tried to take on more responsibility, and in doing so I created more stress, but maybe that was a necessary part of the potion that made the year so magical.