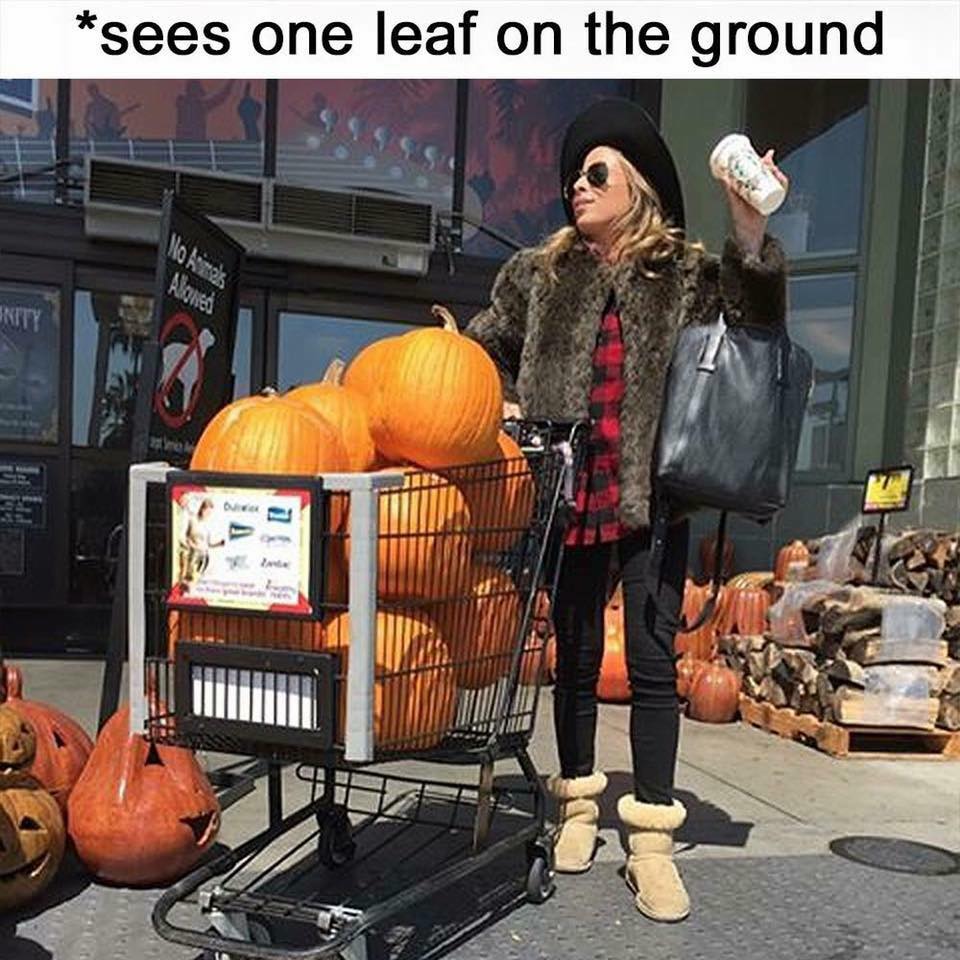 July 16th, 2017. Temperatures are expected to reach a muggy 87 degrees Fahrenheit. It’s the kind of weather that prompts “dads” to joke that you could “fry an egg on the sidewalk,” but given the humidity, it’s more likely that the egg would poach.

It’s the kind of weather that gets a girl excited for FALL.

In the past, I’ve tried to suppress my yearnings for Autumn until after my birthday. That means 15 more days of “experiencing summer.” August 1st, I can let it all go: start stroking the light autumn scarves hanging in my closet, scanning the newsstand shelves for the September issue, and counting the days until the Pumpkin Spice Latte comes out. FALL, BASIC BITCHES! 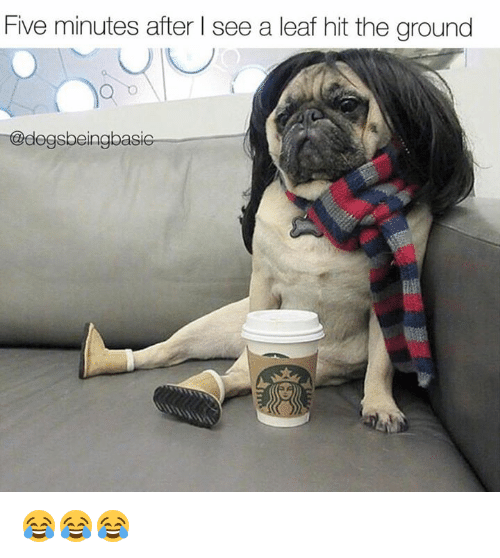 It’s not that I don’t like summer. Summer is fine. Summer in New York City is even, fine! I’m past the point of fretting about the humidity on subway platforms.

A word about humidity on subway platforms:

I moved to New York City in September, so my love of “Autumn in the city” is probably largely nostalgia-based. I enjoyed almost a full year of living in New York before I had to deal with the unbearable woozy torture that are subway platforms in the summer. 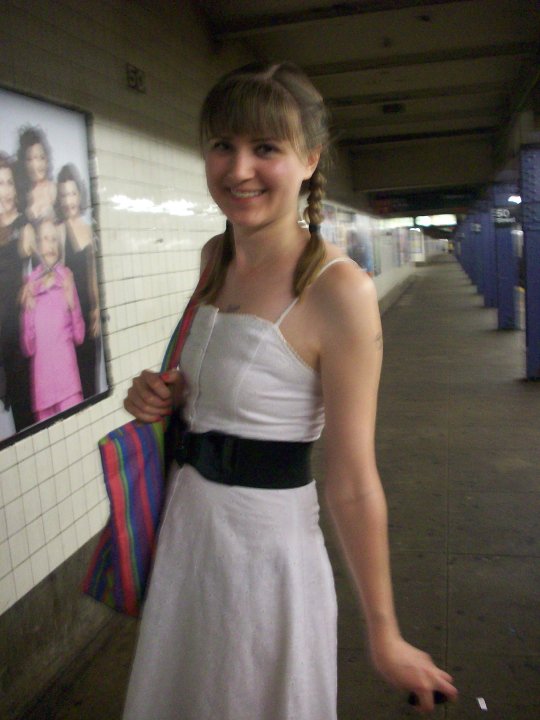 This poor girl is just trying to catch a Queens-bound E train at 50th street after celebrating her first birthday as a New Yorker and even though she’s smiling, she’s praying for death as relief, because the arrival of a Queens-bound E train on the Queens-bound E platform in late July seems too much to hope for. Because not only are the platforms subterranean hell-caverns pulsing with friction and electricity, the MTA compounds this punishment by altering the train schedules and running fewer trains (conspiracy!) in the summer months. All New Yorkers know this. But as a first-time Summer New Yorker, I learned the hard way.

Is it any wonder, then, that after a week of sun and fun, New Yorkers wanna rush into “FALL MODE”?

My “Autumn” candle is already half burned-down. 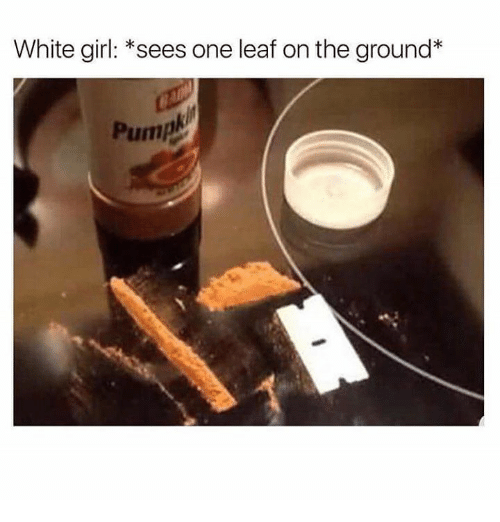 And Jesus S. Pumpkins, I love fall. I grew up in leafy upstate, where the hills would change into magical quilts of color. Sometimes when I close my eyes and think of “home,” I imagine rolling up the hills of Fuller Hollow Road, and catching a peek at the peaks of unspoiled, wooded wonderland. I can see that hill in my mind so clearly, exactly as it was: lush with color. I love leaves. I love the colors they turn, the smell they make, I don’t even mind raking them! I remember listening to mixtapes made for me by my high school friends, of Nirvana and Liz Phair, working up a sweat in the cool air, pulling leaves down the hill with a rake.

Leaves. Love! And we haven’t even gotten to the PUMPKINS yet.

See, I grew up not too far from the Happiest Place On Earth: IRON KETTLE FARM. 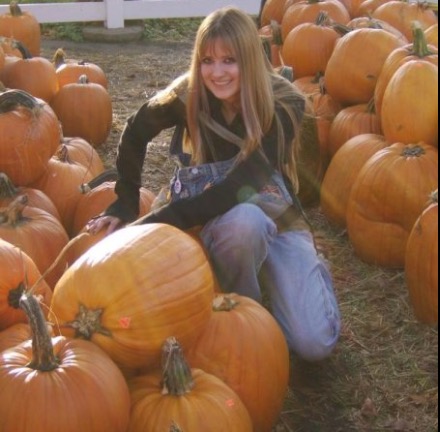 Fall isn’t complete until you take the hayride through the pumpkin patch at Iron Kettle Farm! It’s been too long since my last visit (2007, holy shit, when this picture was taken). It’s the Halloweeniest place you can imagine: haunted houses! Corn maze! Donuts and cider! Candy apples! And pumpkin displays that haven’t changed since what appears to be the dawn of time. They sell pies, crafts, and of course, PUMPKINS! You don’t even KNOW pumpkins until you’ve been to IRON KETTLE FARM, I’m telling you. 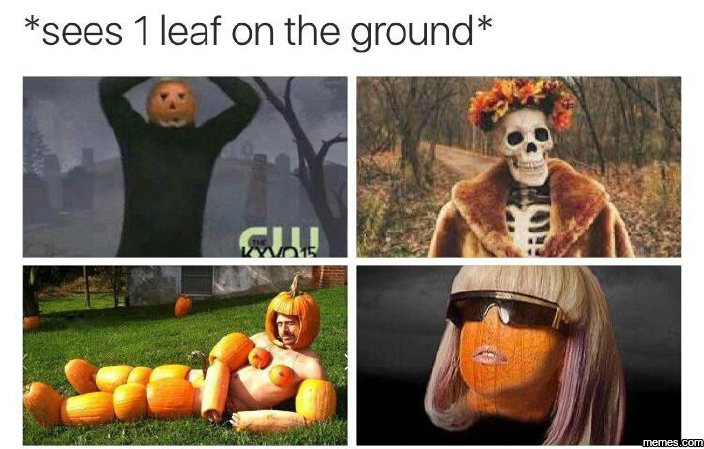 My far-fetched Fall fantasy is especially crucial on days like today: when the sun seems to loom directly overhead all day long, casting no shade for respite. When I wake up to the air conditioner shutting off, and can’t get back to sleep because the room is too hot already. I think about that colorful hill, and pumpkin spice, and the kind of weather where you only need a light jacket… 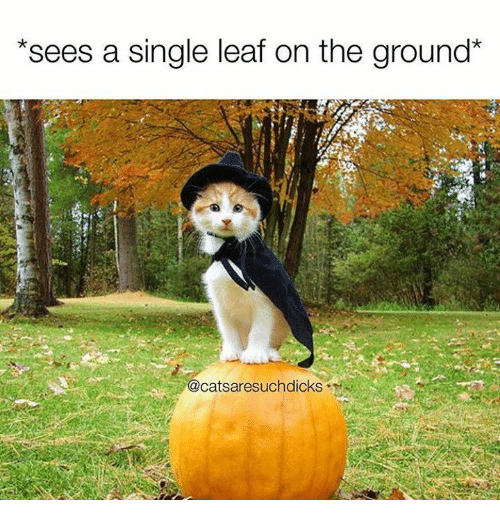