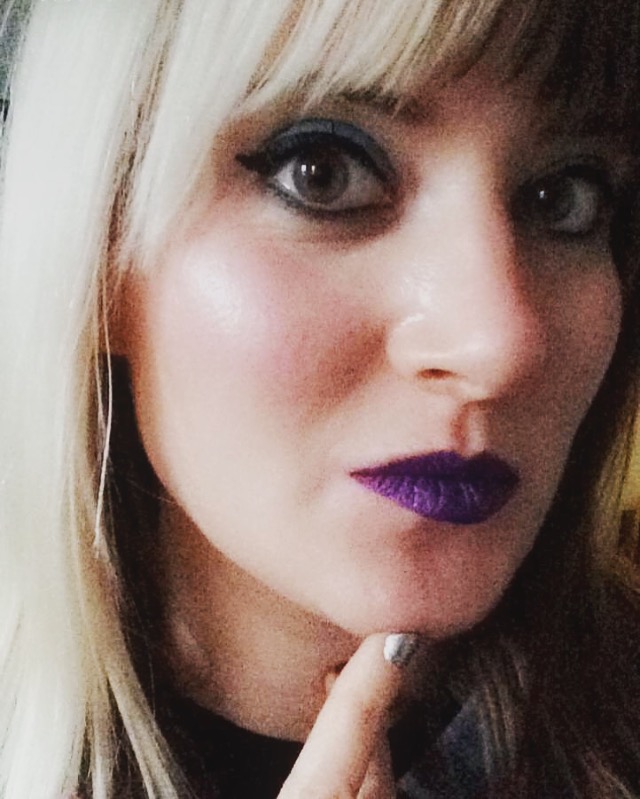 FEELING:  Hopeful…hopeful! Do you know how many of these “currently” updates I’ve been wanting, waiting to say that hope had returned to my universe?

WATCHING: Woah, well, aside from the Netflix series I recently recommended, I watched Practical Magic the other day because Shelby over at Femnasty told me once that I looked like Nicole Kidman’s character back in 2008. Yeah, I kind of did? And the movie was REALLY good and also, I think I really like Sandra Bullock? You know when you have an actor and just them being in a film is like “Oh I know I’m going to like this.” I liked While You Were Sleeping. Miss Congeniality. Even The Proposal! Uh, I didn’t like The Blind Side, because it was boring and pedantic and I could literally predict everything the characters were going to say before they said it. Can we stop making films like The Blind Side, please? But I really liked Practical Magic so, um, check it out on Netflix.

And yesterday, my boyfriend came home and said, “Let’s watch Attack the Block.” Just out of the blue. So we did, and it was SOOOO GOOD. It’s like sci-fi, thriller, horror, John Boyega is in it… it was outta this world. Strong recommend, but I have no idea where he found this film or what platform we watched it on. I’m gonna say this film is like, the Ghostbusters of the cell phone generation. Good synopsis? Tell me what you thought, if you’ve seen it.

LISTENING TO:  Surprise, surprise, The Beatles! This year was the Nth (I lost count) time I went to Strawberry Fields at the beginning of December and sang and it was GREAT. Like, how great? In years past, I would have been mortified to get the lyrics wrong. This year, I tried to jump ahead of the cue and busted out singing the next verse too early, and the guy next to me just looked at me and laughed, and I laughed, and then we started singing again at the appropriate time and it felt SO GOOD. Like, “Haha, we’re all here to have fun, we’re just singing, this is great.” I don’t know if it was a change in me, or a change in the overall vibe of the group (I’m betting it’s always been me, though).

And I’m still really digging Walls and Bridges. Guys – is Walls and Bridges John Lennon’s BEST solo album, not counting Double Fantasy because I consider it a dual effort between John & Yoko? I say YES.

READING:  I may have forgotten how to read. Nah, just kidding! I started Starman Jones during Jury Duty back in November and I have been bringing it with me everywhere, but I find myself getting distracted by political thinkpieces on the Internet…perhaps that’s like, the worst possible thing, right? To give up reading and focus on political navel-gazing to the exclusion of all other media? Damn.

WORKING ON:  Up until Christmas Eve (because that was literally the day I got the email from the studio asking me to come in and work), I spent the entire month filling out job applications for like, everywhere. Abundant thanks to those who were gentle with me during this time, it felt like I was bashing my head against a wall nonstop.

Now that I can look forward to a little bit of stability, I feel like I can use my “free time” to take bigger risks, and “longer shots” — attempt things I couldn’t before when my main priority was find job get money make dollars don’t die.

Oh and also, my boyfriend challenged me to do The Rejection Game, and get someone to say “no” to me every day. It’s actually so effective, I’m going to do a separate post on it in the New Year.

THINKING ABOUT:  Who I can make a reasonable but improbable request of today so that I can get rejected and win the game (because I know my boyfriend is going to keep on me about this thing). And then I realized it’s the weekend and I’m mindblown because the week between Christmas and New Year’s always feels like a perpetual weekend anyway, but this one is REAL. Like I just picked up my phone to try to schedule a doctor’s appointment (at best, I’ll have an appointment; at better, I’ll get rejected and WIN THE GAME) and realized um IT’S SATURDAY (as I write this a day ahead like the A student I am). Also, I freakin’ love Food Network. I could watch their programming for hours. And fuck, it’s so nice to not have a sword of Dread and Doom hanging over my head anymore. Now my head is free to think these thoughts like What day of the week is it? and How good is Cupcake Wars, seriously? Oh my stars, it is good to be back.

EATING:  Don’t get me wrong: I’m still devoted to quesadillas because they’re cheap and …cheap. But it occurred to me that sometimes I don’t touch anything GREEN for days, so I’ve been buying salads at the grocery store when they go on sale. Yeah, it’s probably not THAT healthy, but it’s an attempt. I also attempted a spaghetti squash the other day (delicious) and some roasted Brussels sprouts that were so good, they almost started a Twitter war. Or something.

I also want to share that HI, HELLO, Trader Joe’s has come out with some NEW Indian foods in canned form and I’m OBSESSED. Have you seen the DAL MAKHANI and MATAK PANEER on your shelves? I’m seriously going to try to cook more, I promise (blog post about that coming up), but in the meantime, DAMN! These two are so good.

LOOKING FORWARD TO:  Starting a new job! Working and being productive and making money and having something to be proud of! And all the things that come with it: paying rent! Feeling worthwhile! Having a reason to wake up in the morning! Starting a hydroponic herb garden with the present my boyfriend got my for Christmas! Which herbs should I grow?? Also, it’s “vaguely scientific” (his words — so adorable) and made of reclaimed wood which is ? ? ? like, he just gets me so well, which I love.

MAKING ME HAPPY:  Finally coming around to Chapstick and moisturizer, like, 32 years too late. Yes, it feels disgusting in the short run, but it’s worth it in the long term. Twitter is really fun for me at the moment — maybe because I blocked a certain He-Who-Shall-Not-Be-Named and now his idiotic tweets don’t show up in my feed constantly? Instead, I get a lot of grey rectangles saying “This tweet is unavailable” which doesn’t trigger the same panicky sense of imminent doom in me as constantly seeing that loathsome face and his actual words. Sure, some people screenshot, and I wish they wouldn’t, but at least they’re not contributing to The Problem. I have $5 on May in the Impeachment Pool. Am I an optimist now? Check this space to find out.