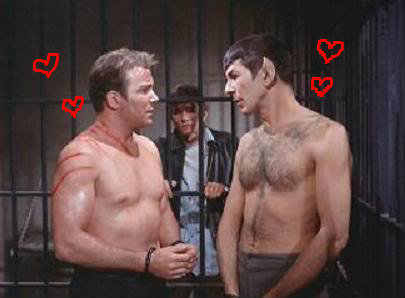 I wanna do an experiment.

OH DAMN that’s a lot of hands!  Put ’em down, you’re makin me slap-nervous.  Okay, hands down, we can all agree that LGBTQ+ people exist, and that we definitely enjoy all manner of things, including sci-fi, so then…

WHY ARE THERE NO GAY CHARACTERS IN SCIENCE FICTION?!?

Look, I’ve been around the universe of Sci-Fi (or SyFy, as they’re calling it now), and I’m calling BULLSHIT, Science Fiction!

I’m calling BULLSHIT because you expect us to believe in Reavers, Cylons, Time Lords, and Sharknadoes…but you don’t believe in gay people?

If there is a gay character, the fans have to make it so: either in slash fiction or by pestering the creators.  J.K. Rowling, looking at you!

But what really pisses me off are the “No Homo” Faux-Lesbians.  Ladies, you know exactly who I mean.  The female characters drawn as tough and butch and just when you start to identify with them, WHAM!  That character sleeps with a man.  Starbuck, can you hear me?!  Usually many men, to prove She Is Not Gay.  Look, I’m not suggesting all space lesbians need to fit into that short-haired, tough-as-nails Tasha Yar stereotype, but is it too much to ask that they could exist at all? 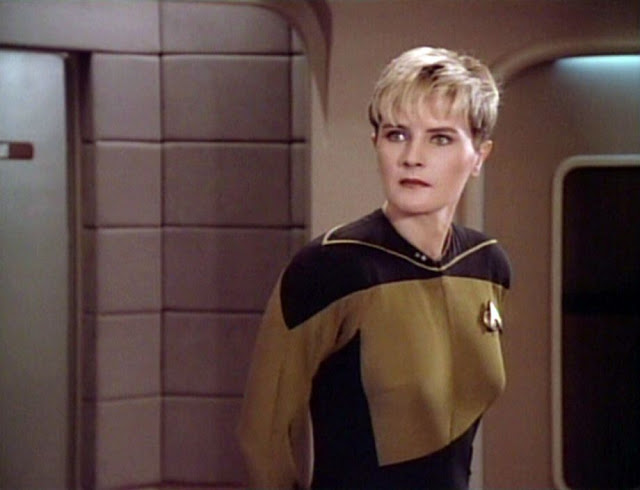 Okay, now everybody, RAISE YOUR HANDS AGAIN!  Writers, producers, idea-people!  This is your audience.  We’re tired of searching the farthest reaches of the galaxy for characters just like us.  It’s 2016.  Stretch your ample imaginations and put some LGBTQ+ characters in your shows!  I mean really.  Isn’t it time to boldly go where no man in science fiction has gone before? …on a date with another man.