I don’t believe in God.

I don’t think there’s any compelling evidence that God exists. I find it scientifically improbable that there is a ruling force to the chaotic universe we live in. I’d hate to believe there’s some dickface cloud-dwelling billionaire up there who gives cancer to babies to test their parents’ faith.  But at times, I have to wonder if there isn’t a case to be made for divine intervention when literally everything I do goes horribly, horribly wrong. 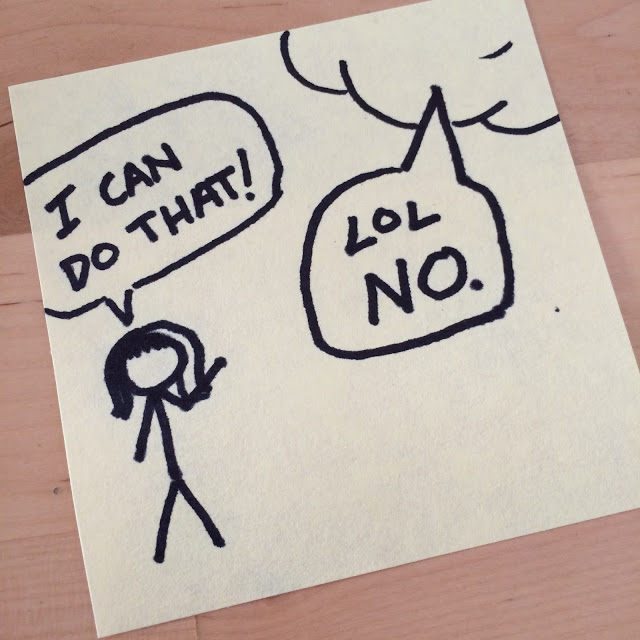 “God loves me?”  Doubtful.  “God is testing me?”  Okay, let’s talk.  God created rainbows, Bret Michaels, labradoodles, chocolate, earthquakes, polio, tsunamis, Zika virus, and me.  Is it narcissistic to think that God has a personal vendetta against me?  Maybe  Is that any more narcissistic than believing God loves each and every one of his children, but somehow has a personal relationship with you?  That after all the field goals, cleft palates and Grammy-winning R&B albums he’s working on, he drops everything to point you towards the fastest checkout line at WAL*MART?

Maybe, after a long day at the office creating famine and drought and “reduced-fat” cheese, God just wants to blow off some steam.  God picks up his iPhone and sees on Twitter that I’m applying for a job I really want. Messing up my life is just like playing Angry Birds for God:  with a swipe of His finger, He flings my cover letter right over the heads of “To Whom It May Concern” and it knocks over a castle, which tumbles onto a flock of green pigs in the South of France.  God gets 3/3 stars and unlocks the next level of destroying my happiness!  What else is he gonna do while taking a long, hard poop?  Read the news?  God made the news.  He made all that shit happen.  Just let Him have some goddamn fun.

This is the same fear that led Young Meghan to sleep in a pile of all her stuffed animals at once, wary of showing favouritism lest they come to life one day as promised in The Velveteen Rabbit (and later, Toy Story) and raise some legitimate questions about the hierarchy of their society.  I remain as powerless in the face of God as I was over my dominion of stuffed puppies and dolphins:  how can I campaign to be liked by an imaginary entity?  And my stuffed animals probably didn’t like me anyway, either.  Not that I blame them.  How can Happy, the purple Beanie Baby Hippo, have anything but pity for such a desperate people-pleasing loser?  God hates a loser, and God hates me.  Amen.