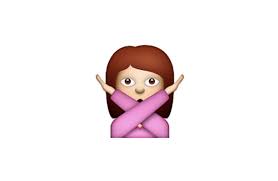 Ladies, ladies, ladies!  Tired of logging on to the Internet for personal, educational or professional use only to be inundated by the following ‘minor’ annoyances?:

Unfortunately, North American courts have upheld that “free speech” protects a man’s right to relentlessly harass and threaten a woman as much as he wants, and it’s time to do something about that!  That’s why we created the Femternet (patent pending)

Yes, it only takes a few hours to set up the Femternet, but once you’re there, you’ll reap the benefits of a LIFETIME of harassment-free Internet use!  How?  It’s simple!

The Femternet is a female- and female-identified-exclusive Internet space.  That’s it!  Imagine the Internet, without all the men!  Pretty crazy idea, right?

Without men on the Femternet, its users are able to complete a variety of tasks completely uninhibited by the threat of harassment from men!  The possibilities are ‘virtually’ endless!

HA!  That last one was a trick!  You can’t do that on the Femternet, because if you did, that would mean you’re a man, and the first (and actually, only) rule of the Femternet is NO MEN ALLOWED.

So, are you sold yet?  Well, I haven’t even mentioned the best part!  The Femternet will be a completely cost-free, self-sustaining service courtesy of its users, the 51% minority of the human population.  Why?  It turns out, women actually don’t enjoy being harassed, and they’re willing to do almost anything to be able to use the internet without:

Isn’t it time you “got off the internet”?  Now you actually fucking can, thanks to the Femternet, patent pending, available now only in your wildest fantasies!