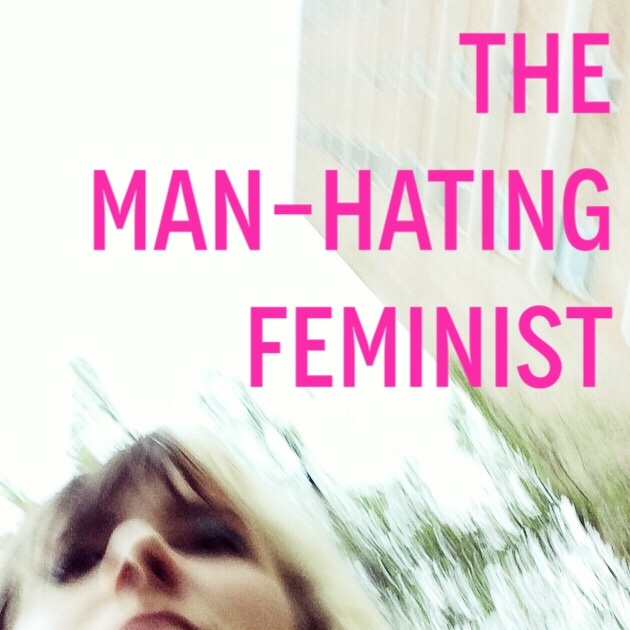 So I was walking home from my doctor’s appointment two weeks ago, and I wasn’t even thinking about being sexually at all times for the general public’s enjoyment of my body, when HE appeared.

My knight on a white horse!  Well, it was actually a man driving a white truck, BUT THE POINT IS, I never would have noticed him, OR REMEMBERED TO BE ATTRACTIVE AT EVERY MOMENT I LEAVE THE HOUSE, if he hadn’t leaned on his horn.

HONNNNNNKKKK!  Startled and a little frightened (Is there a traffic accident? Should I fear for my safety?)
I looked in his direction.

“HEY!  LIKE YOUR TATTOOS!”  he yelled over his arm, which was leaning out the window.

I stopped in my tracks.  What?  My tattoos?  A MAN likes them?  Oh no!  Have I forgotten to be sexy at all times again?  Like a deer in headlights, I froze.

HONNNNNNKKKKK!  He leaned on his horn once more, gave me a thumbs up, and shouted once again.

Phew, well, that’s a relief, I thought quickly, but still did not respond.

HONNNNNNKKKKKKK!  “I SAID, ‘your tattoos are sexy’!  I LIKE THEM!”  He once again flashed a thumbs up, and then, as the light changed, he sped off into traffic.

My white knight, The Man Who Had Found Me Attractive, left me standing there stunned.  Our romance was over.  I was left feeling as empty and as unfulfilled as if I had just eaten a pint of fat-free frozen yoghurt.

Hours later, I found myself crying silently in the bathtub, as I often do after a long hard day of pleasing everyone else and caring very much about their opinion of me.

I kept replaying the scenario over and over in my head.  How he honked at me, and told me I was sexy, and gave me a thumbs up, but I still did nothing.  What was wrong with me?  Didn’t I care about making men find me sexy anymore?

And yet, I realized, I didn’t smile back at him.  I should have thanked him, but I didn’t.  I could have lifted my skirt and grabbed my ankles, giving my body to him in gratitude that Any Man should ever find me attractive, and therefore is entitled to have sex inside my body.

A realization washed over me as icy as the water had now cooled as it dawned on me that his compliment didn’t make me feel good, as compliments should.  I didn’t like it at all.  I remember I had felt scared when I heard that honk.  I remembered I had been confused when he started shouting at me.  I felt stupid and helpless when I froze and did nothing but stand there as he yelled at me.

I shivered, but this time, not from the temperature of the bath, but from a chill deep in my heart.  I realized I did not reciprocate the lust he had for me, no, I felt the exact opposite:  I hated that guy!

I launched myself out of the bath.  I hated him!  I hated him!  Wrapping my bathrobe hastily around me, I paced the room, breathing hard and fast.  I hated that man!  If I hate him, that means I’m a man-hating feminist!

Calm down, I told myself.  Just go into the kitchen, make a sandwich, give it to a man on the Internet, and everything will be fine.  I reached for the bread and the mayonnaise, but my arm faltered, fell limp.  I sank to my knees on the tile.  I couldn’t even make the sandwich.  I hated the sandwich!  I cried and cried until it was time for bed.

“No,” my voice quavered, and I let out a little sigh.  “I’m…going through some things.”

“Oh?” he shifted in bed beside me, raising himself up on his elbows.  “What kind of things?”

“Well – ” I started, biting my lip and not even caring if it made me look unattractive.  “I’m a man-hating feminist.”

“That’s okay,” he said, planting a sweet kiss on my forehead.  “I still love you.”

I sniffled, as the tears came.  But these were not tears of sadness, as they had been all day and for several short spurts of silent sobbing into my pillow during the early morning hours.  These were tears of gratitude, acceptance, and love.