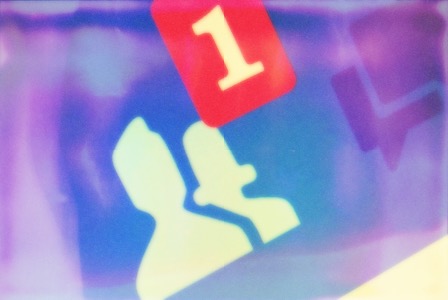 I did something I never thought I’d do the other day.  Something I always said I’d never do*.  For the first time, I unfriended someone on Facebook because I was offended.

*Let me be clear:  this is not the first time I’ve unfriended someone on Facebook, and I’m not against unfriending people who have stalked you, hurt you, or unfriending exes to get space after a breakup.  Those are all perfectly good reasons to unfriend on Facebook.

No, I’m talking about the type of unfriending that usually follows a status like this:

“I’m sick and tired of people on Facebook saying they support X!  I can’t believe anybody would be such a horrible person to actually support X!  If you’re in favor of X, I don’t want to be your friend anymore in any way, shape or form!  If I see you posting about X in a way that I don’t agree with, I WILL UNFRIEND YOU!!!”

And then…I unfriended him!

I realized I was in a weird relationship with this person.  I was tiptoeing around issues I’d normally post about (on this blog, on Twitter) because I didn’t want to offend this one Facebook friend.  I let him have control over my life like that!  What??

Secondly, I realized I was tired of hearing this.  It felt like this “friend” spent all of his free time scouring the Internet for news articles to be offended by, then posting them to Facebook threatening to unfriend people over.  He was going out of his way to provoke fights with people, essentially.

Which brings me to my final point.  Remember when you were a kid, just learning how to be a human interacting with other humans?  You may have said, at some point in kindergarten, “If you don’t let me have a turn on the swing, then I’m not going to be your friend anymore.”  And you would have been a tiny little jerk for saying that.

Then in grade school, you might have found yourself saying, “If you don’t come to my sleepover this weekend, then we can’t be friends anymore.”  That would have made you a medium-sized jerk.

If, in high school, you found yourself threatening, “If you don’t tell me who you have a crush on, then I guess we aren’t really friends,” you were quite the large jerk.

BUT, if — as an adult — you find yourself typing into your Facebook:  “If you don’t agree with everything I say about every issue out there, I don’t even want to even be Internet friends with you!”

THEN, my Facebookiest of friend, You are a MASSIVE GAPING JERK of ALL JERKY JERKS.

Then, I will raise my middle finger, place it on the mouse, and I Will Unfriend You.

Look, I have always believed that being friends with somebody means more than just agreeing all the time, having everything in common, and never saying anything the other person doesn’t like.  In fact, I have numerous and plenty friends on Facebook who routinely post opinions I disagree with, things that make me uncomfortable, statements that offend me, and things that go against my personal beliefs.    Friendship is about transcending those differences, and being friends regardless – or have you missed the point of the animated movies The Fox and the Hound, Oliver and Company, Lady and the Tramp, The Jungle Book, Up, Wall-E, basically every Disney movie EVER?  If Ariel the mermaid can be friends with a fish and a crab, maybe you can stay Facebook friends with someone who occassionally challenges your opinions and doesn’t always agree with you.  Or has gills.  Whatever.

Look, bottom line here:  I didn’t become your friend to be guilted into silence, nod in agreement with everything you say, and tiptoe around your sensitive feelings.  That’s not a good friendship at all.  And I won’t remain your friend to stay blackmailed into silence.

See?  You can learn from cartoons.
And Paula Abdul.
Paula Abdul and MC Skat Kat dated for like, years after this video,
they made it work, people.