What’s up, Ladies?  Being a woman, as statistically most of you are, you’ve been street harassed, and you probably didn’t like it.  But this is Major News to the minority 49% of the population of the world (also known as “that guy who shouted that inappropriate thing at me”), so do me a favour.  Find a guy.  Any cisgendered straight white male will do.  Bonus points if he’s just walked uncomfortably close to you to belch  “BeAuTiFuL” in your ear.  And hand this to him.

And now I’m talking to the guys – HI GUYS!  Though you may not in fact be shouting something creepily invasive under a thin veneer of compliment at a woman this very minute, we understand you have a hard time believing us when we tell you that this actually happens…  so we brought hidden camera evidence!!!


CAN YOU BELIEVE THAT!  Men hitting on other people’s girlfriends!  Don’t they realize those women are already the property of some other man?!  How rude!  Honestly!  That is so disrespectful…to their boyfriends!

But, you ask, what about women who don’t have boyfriends?  Can we harass them?  And for a while we thought, Yeah, of course, sure, why not?  It’s not like any man gives a crap who harasses a single lady…

Oh damn!  Those walking objects you just can’t help but comment on as they enter your field of vision have fathers!  Almost like a human person!  Fathers who, as we see in the video, will kick yer ass if you cross the line with their daughters!  Whoops!  That’s out!

But with all these restrictions on who you can and cannot harass, who’s left?  Surely there must be someone out there who we can hurl body policing in the guise of compliments at with reckless abandon? 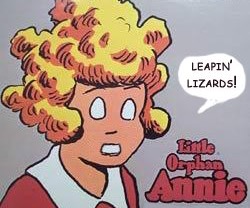 YESSS.  Hey Red, love those curls.  Nice dog!  Where ya goin?  Don’t walk away from me!  I’ll show you some Hard Knock, huh huh!  You just gonna ignore me, Red?  Well, you’re gonna die, bitch, all alone, just like you were born, cuz I don’t see a ring on that finger and your parents are dead!  So, can I get your number?