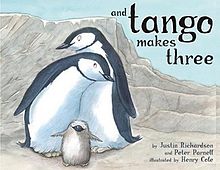 On the road to being considered “banned,” a book must first be “challenged.”  Fun fact!  When a book is “challenged,” it is debated based on its merits and themes, to be certain that it meets the same moral standards as put forth in fine, upstanding pieces of popular literature, such as the best-selling Fifty Shades of Grey series.  Here, we “challenge” several commonly-challenged books to see if they make the standard.  Fun!

If there’s anything fundies hate, it’s FAMILY VALUES!  So when penguin parents adopt young Tango to raise and love him as their own, it is in direct violation of God’s divine plan that every fetus be carried to term and then abruptly abandoned.  Shame on you, penguins!  Unwanted children are supposed to disappear off the face of the Earth after being born, not raised and cared for by same-sex parents!  For shame!

If you grew up in the 90’s like I did, you probably 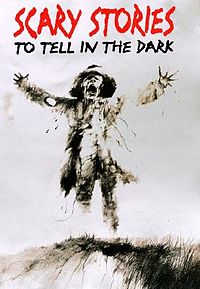 remember reading this book, having bad dreams, then severing your head at the neck just to see if, as in the story, a single green ribbon could really keep it on steadily enough for your husband of many decades to never find out your shameful secret.  This book had to be banned after children began bringing home cursed big toes in droves.  Alvin, you irresponsible adult, what were you thinking??

What’s Happening to my Body? Book for Girls: A Growing-Up Guide for Parents & Daughters, by Lynda Madaras

Don’t tell girls what’s happening to their bodies!  Jesus Christ!  This book undermines the authority of the ones who really ought to be teaching their girls about their bodies and body image, that’s right, The Kardashians.  Lynda Madaras, how dare you purport to know more about how girls should approach their changing bodies than the mainstream media, music videos, and the 8th graders in the back of the school bus??  For shame.  Bury it where it will never be found, right next to common sense and best intentions.

Flowers for Algernon, by Daniel Keyes

Now, we all know there is no cure for stupidity.  Let’s just turn on the TV and stop pretending like there is, or ever will be, anything we can do about it.  Look!  The Kardashians are on! 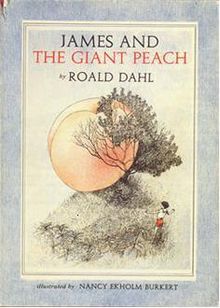 James and the Giant Peach, by Roald Dahl
This graphic and harrowing novel shows us the dangers of genetically-modified produce.  Giant peaches?  God never intended for such a thing.  GMOs violate the Good Lord’s plan for peaches!  Ban it!

Short on words but long on controversy, eerily silent Waldo attempts to blend in to large crowds for the purpose of secretly carrying out obscene and possibly violent acts in public.  Little can be known about him, or his motives from the narration.  What we do know is that Waldo is known as “Wally” in the U.K. and outside North America – what evil deed(s) is he running from, exactly?  With his uncanny ability to blend in to almost any hypothetical surroundings, is Waldo attempting to school a new generation of urban terrorists?  His (no doubt drug-addled) desire to lose himself amidst the populace is clearly a Communist allegory.

Plain and simple:  this is a book about banning books.  In the vernacular of our culture, this book is asking for it.