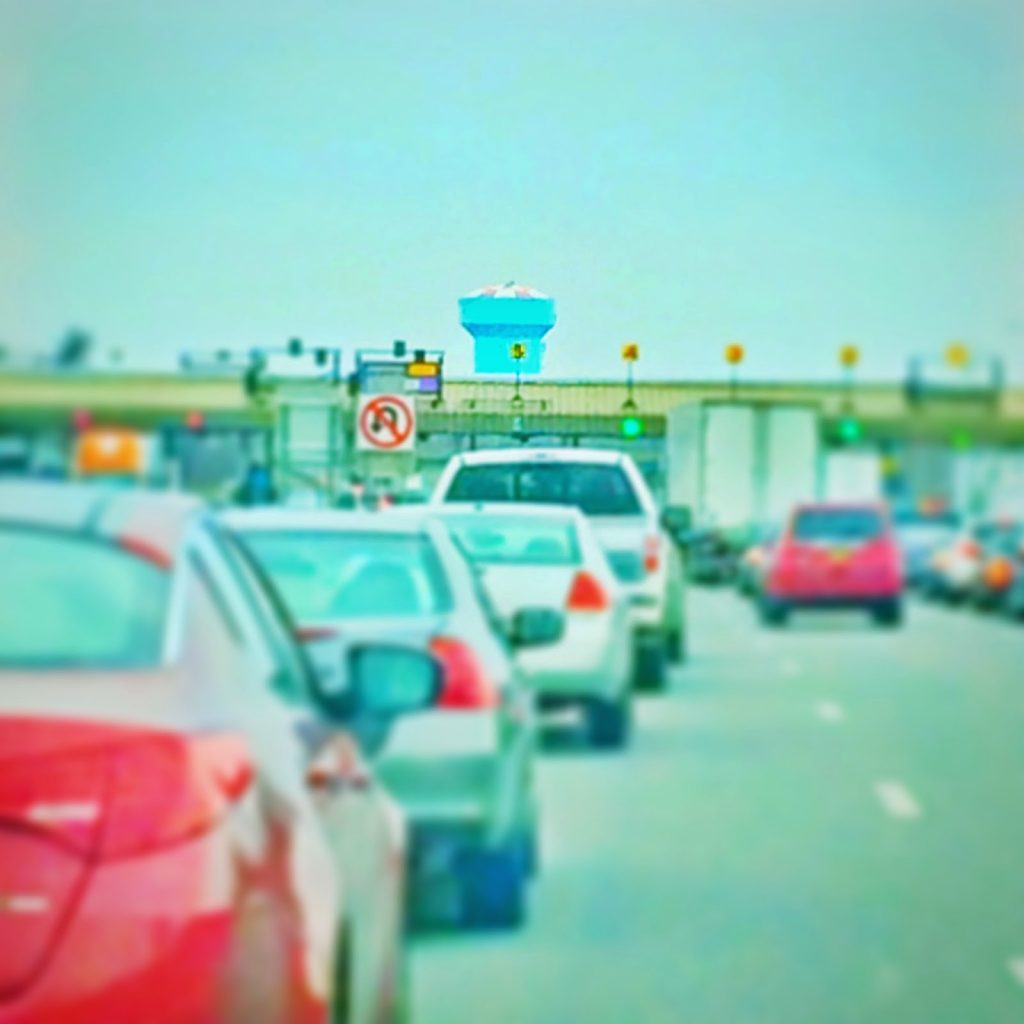 “Nothing in moderation” is my motto.  So when I had the chance to head upstate for Easter, I made sure to visit four towns in three days.  You’ve already seen my Owego and Corning, NY photos!  The majority of the trip was spent in the ‘burbs of Buffalo, NY, visiting family all over the area. 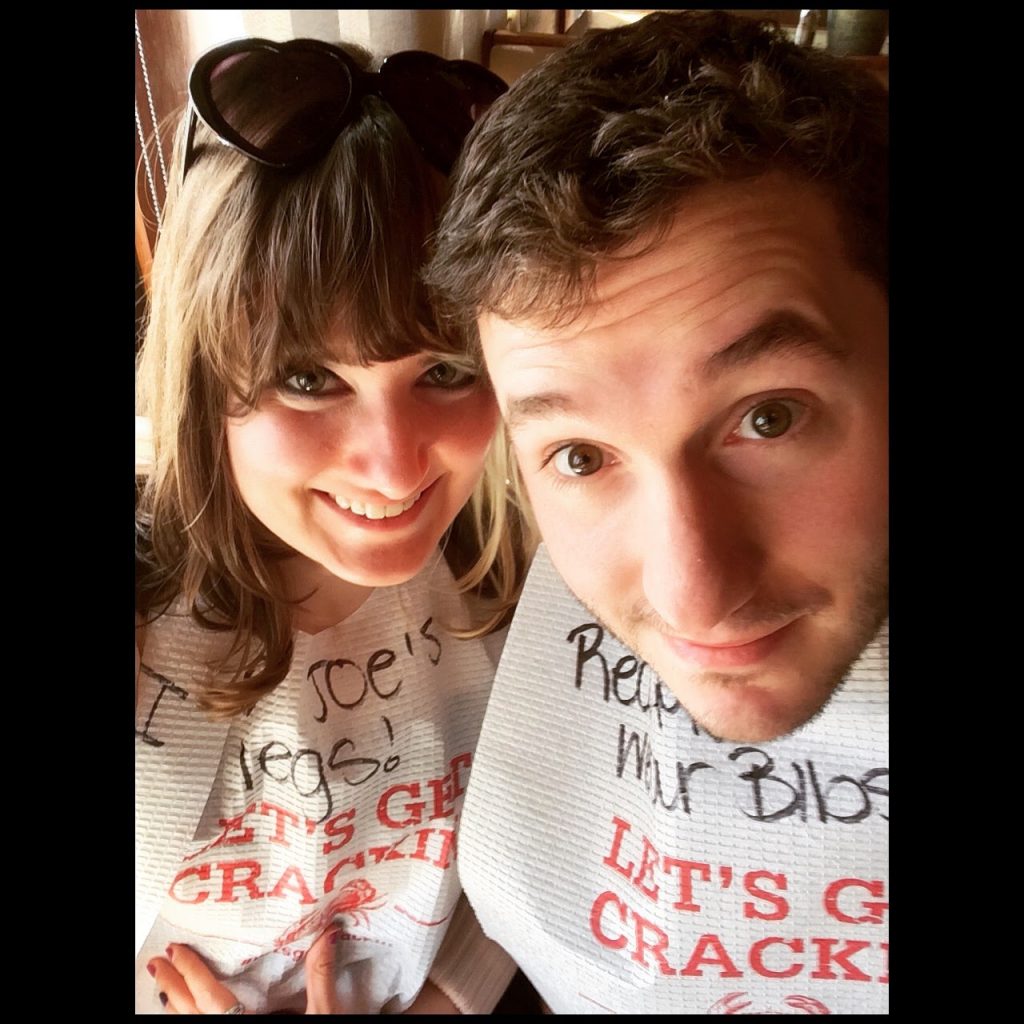 Oh yeah, and I also brought my boyfriend along to meet some more of my family.  Am I crazy?  You already knew that.  But he took it in stride.  Probably because we plied him with seafood. 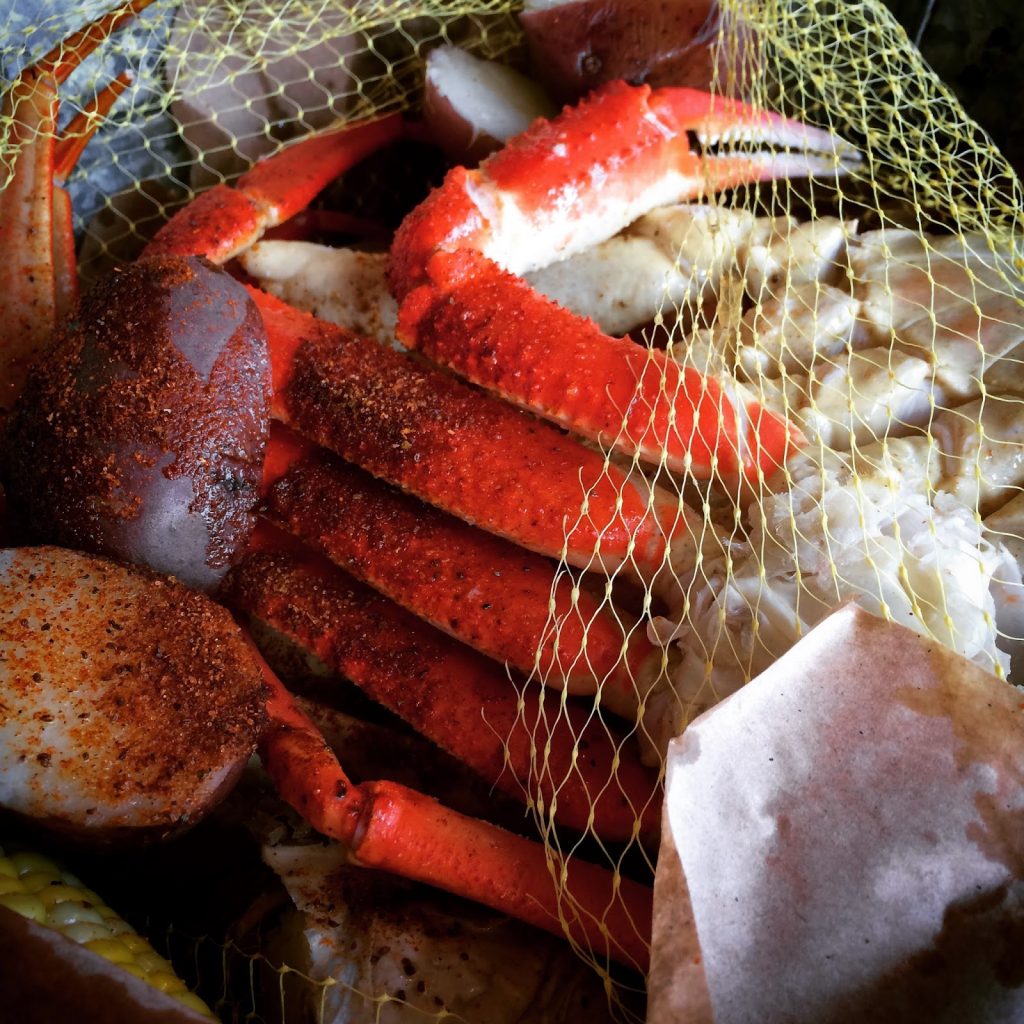 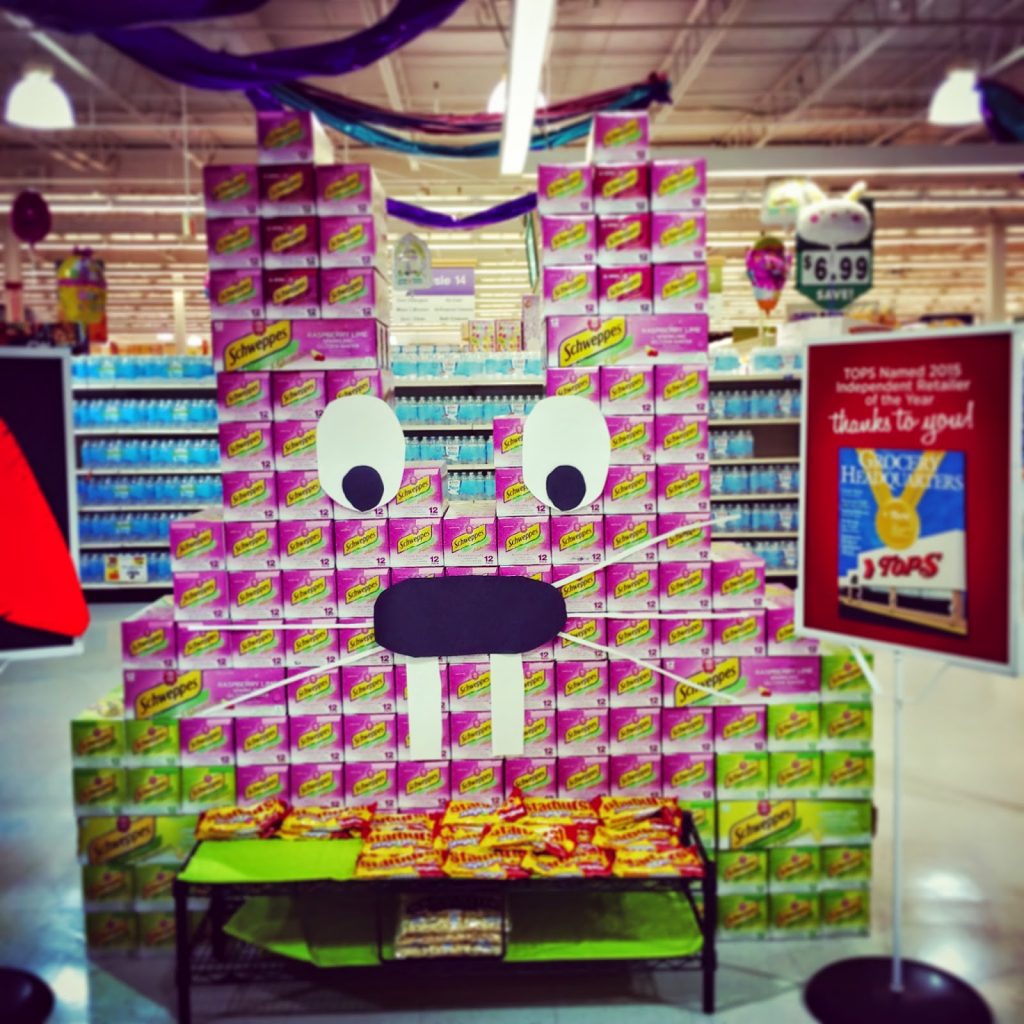 Here’s a fun, cool, slightly annoying fact:  in Western New York, they don’t have any soda!  They have something called “pop.”  And it’s harvested from giant bunnies in Tops Friendly Supermarket. 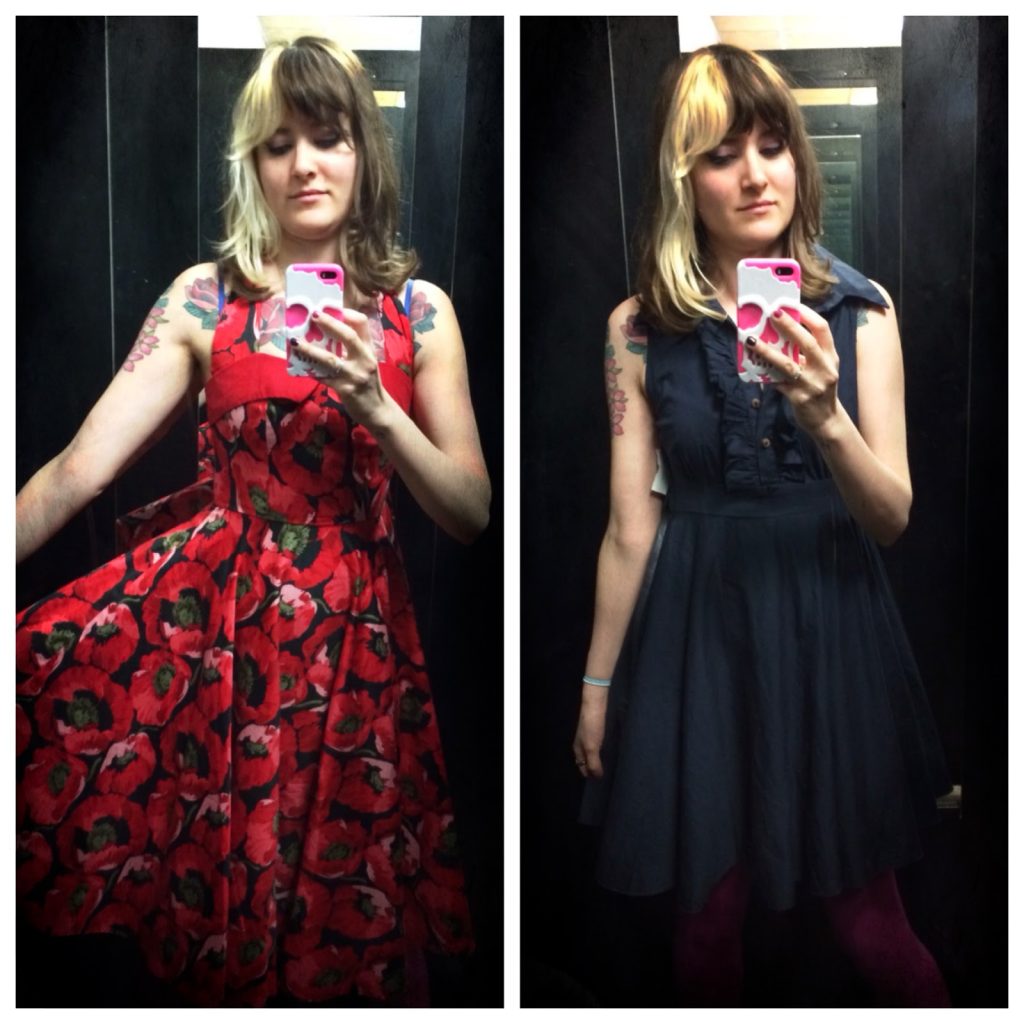 Shopping is pretty much the family sport.  At our favourite consignment shop, my mom bought me this bailey blue shir tdress (R) and as soon as I walked in the store,this Bettie Page red poppies dress (L) was begging to be tried on.  How could I refuse? 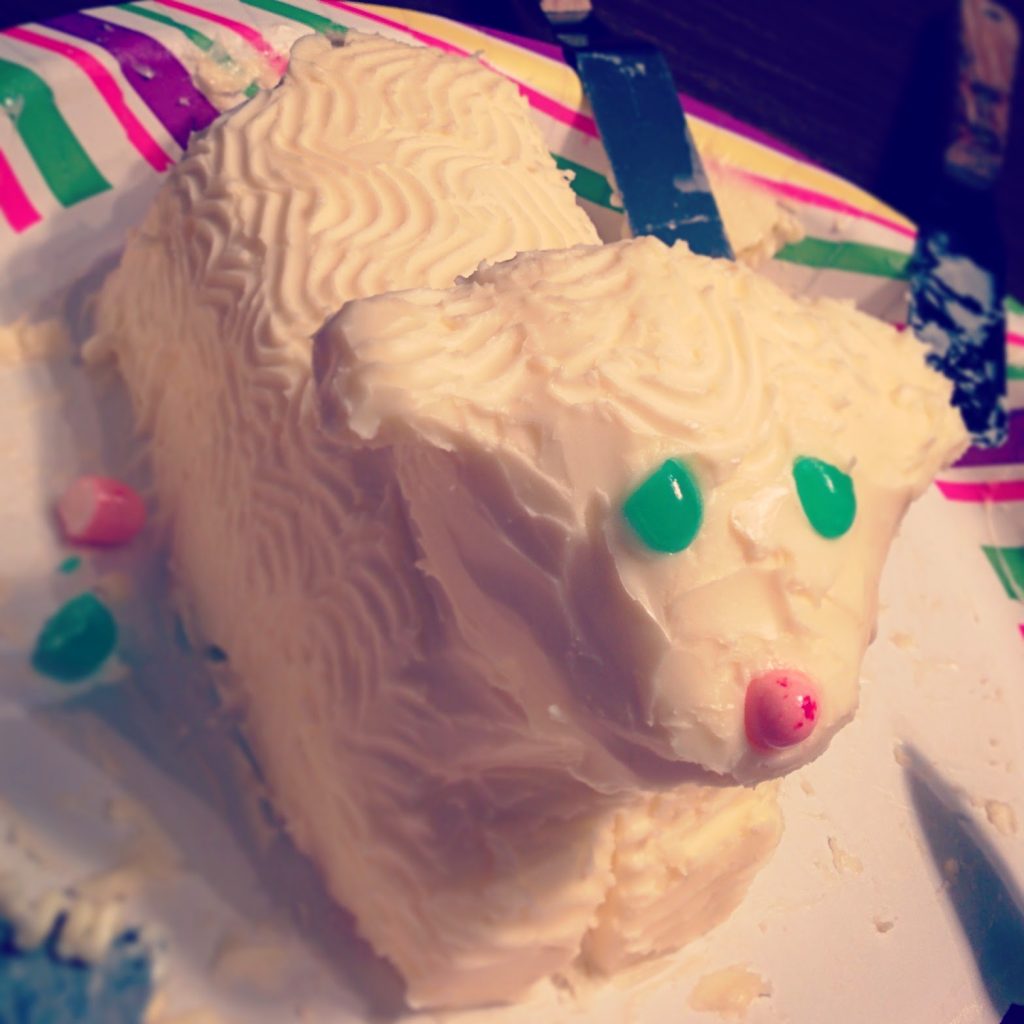 So this was the year my mom stepped down as Resident Butter Artist and I insisted on picking up the reins…with much help from my aunt, who did much of the face after I was teased for making it look like a dog, then like a cow.  He has green eyes because I do, and while we were adding the eyes, my grandmother told us a cute story about meeting my grandpa:  Apparently, before she knew his name, she knew him as “Green Eyes” because that’s the song he always requested at the local hangout.  I guess that also solves the mystery of where my “green eyes” come from! 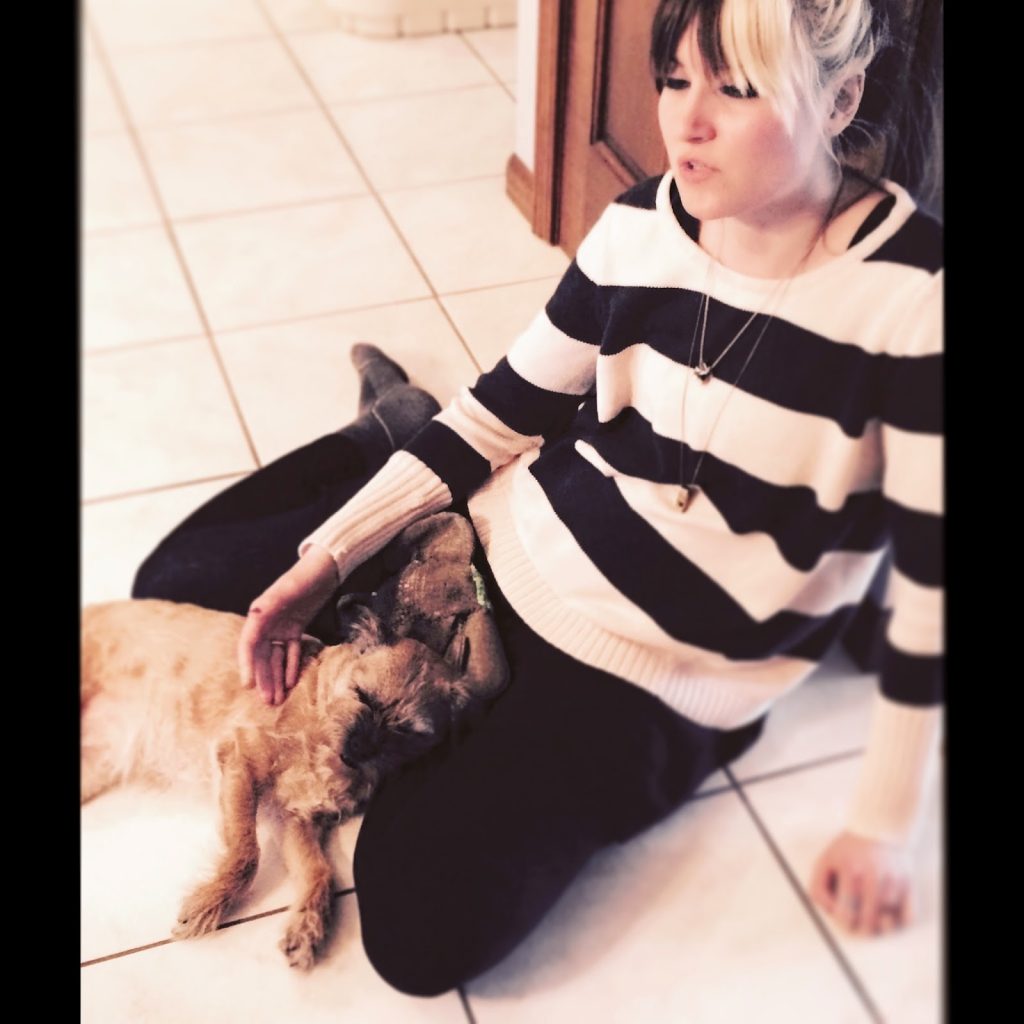 On Easter Sunday, we had mimosas…or I should say, I had mimosas.  I polished off most of the cocktails and nearly napped on the kitchen floor with my aunt’s dog.  The life! 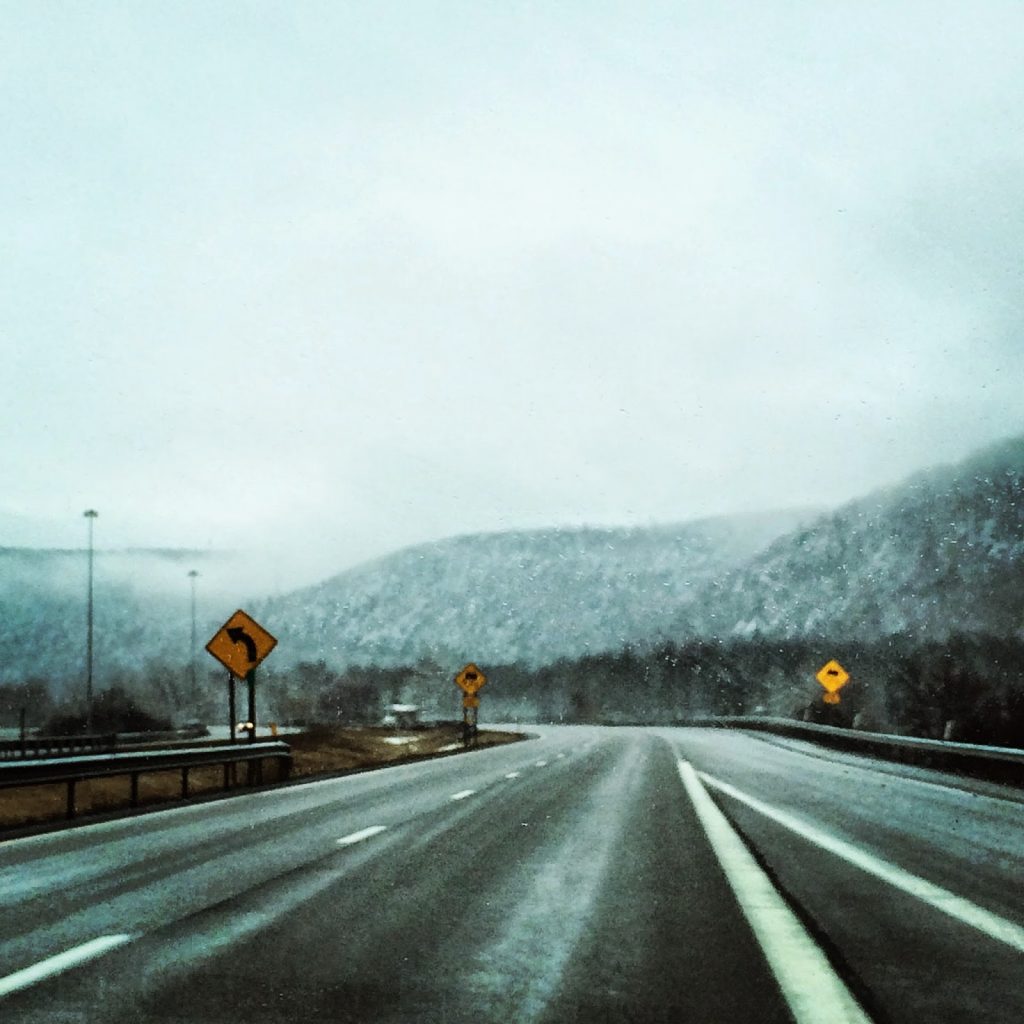 Much to my mother’s consternation, it snowed on the ride home.  Big, messy flakes.  Driving into it was kind of nice…except that it’s supposed to be spring break.  Somebody didn’t get the memo.

Until next time, Buffalo! 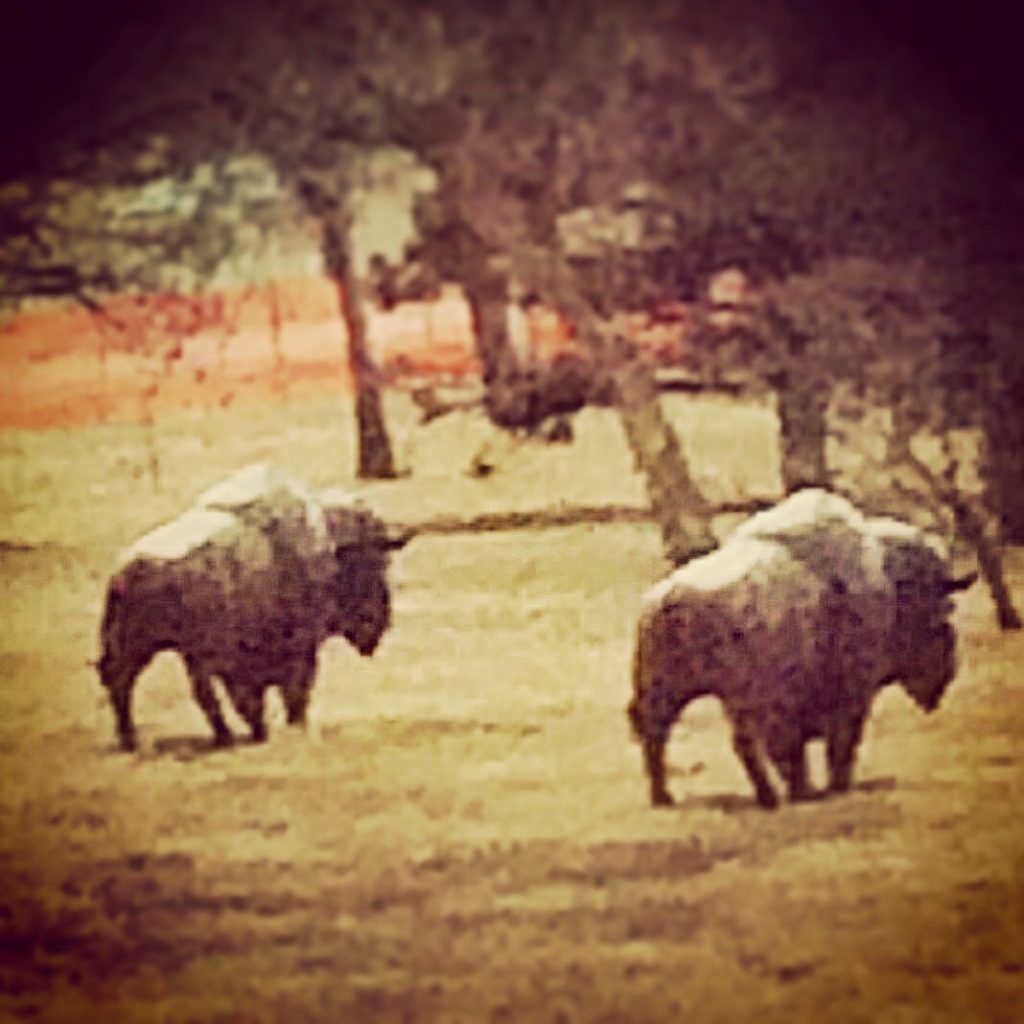