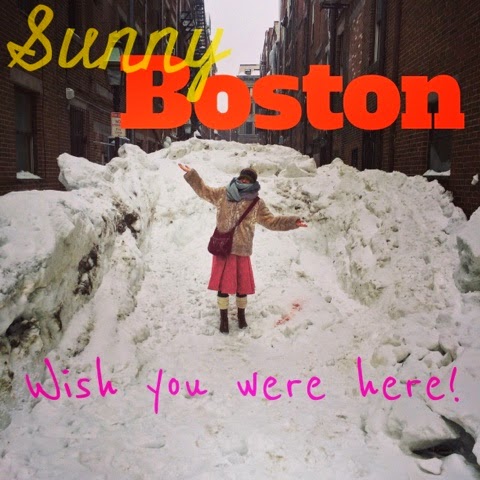 Over my school break, my boyfriend and I drove up to BOSTON for a weekend!  I’ve never been, but often said I want to visit!  (Side note:  apparently I did visit as a child, but was too young to remember.  Gotcha on that one, Mom!) 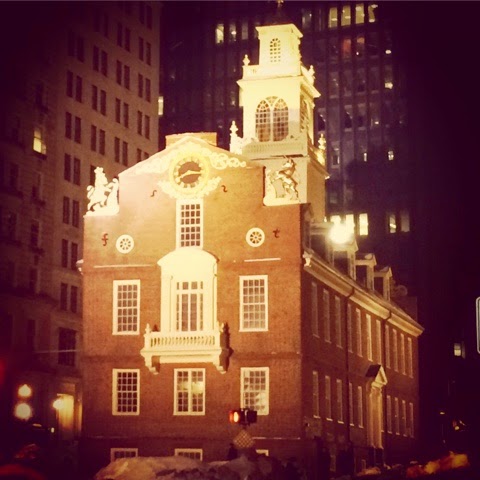 You would not believe the hotel we stayed at.  Right in downtown Boston, the Ames Hotel was a block or so away from Faneuil Hall and Quincy Market (and a sweet comic book store I might add).  The room was sooo luxurious!  They played Morrissey in the elevator the first night we were there and I knew from then on we were in good hands.  And the Ames Hotel overlooked this GORGEOUS view of the Old State House, where the Declaration of Independence was read aloud to the American people for the first time from the balcony seen here, the site above where the Boston Massacre took place. 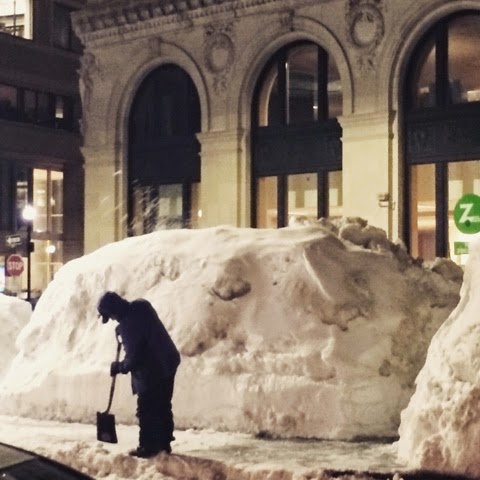 Unfortunately, the actual site was totally buried under snow.  It was surreal!  Drifts taller than a human!  Sidewalks whittled down to eensy narrow passageways by inadequate plowing!  We had to bundle up like MAD to go exploring but it was completely worth it.  I am SO THRILLED that I got away for a weekend and be treated to unimaginable luxury.  Mostly, I was just happy to spend gobs of time with this handsome fella: 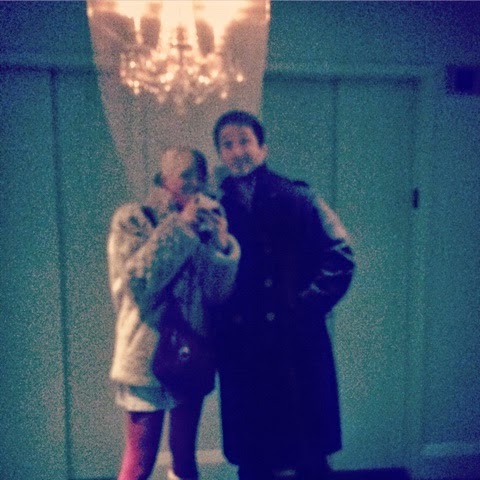 …eating loads and loads of oysters and drinking fabulous wine and Nepalese cheese and egg tea (don’t knock it til you try it, seriously!) 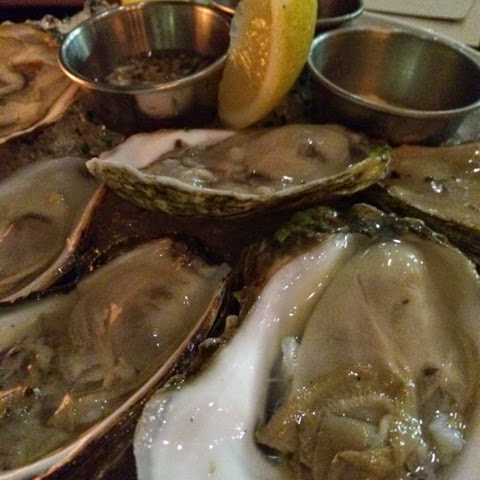 …finding a city whose public transportation system rivals my own…in terms of awfulness!  Seriously, “T”, you make the MTA look good.  And that says so very much. 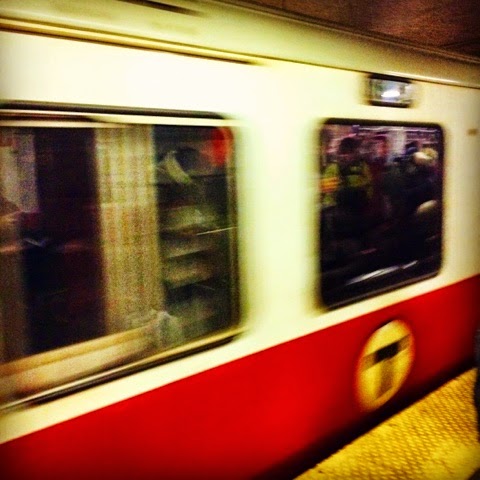 And did I mention the oysters? 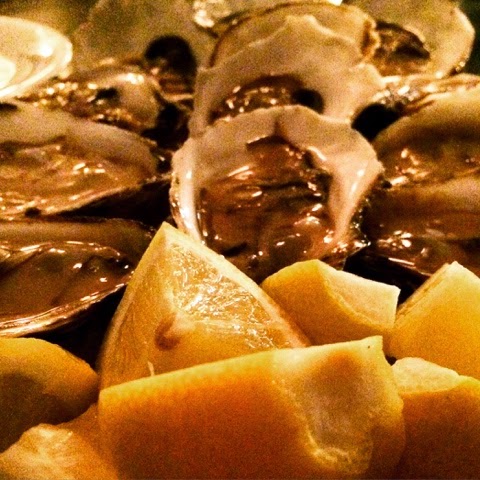 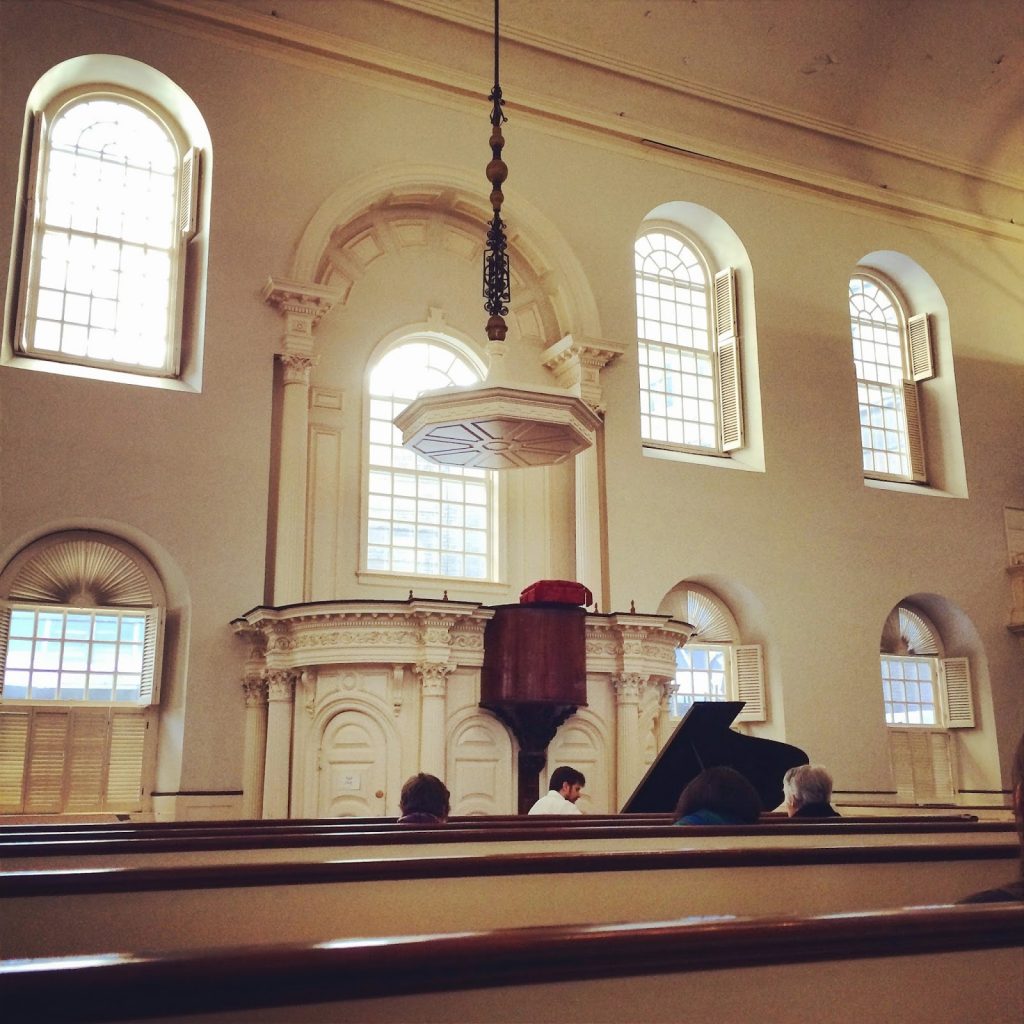 Catching an impromptu piano recital at the Old South Meeting House (unintended bonus: free admission and the hilarity of watching the dark-haired lady in blue fall asleep during the concert at the adagio portion and jolt awake confused at the allegro.  Ah, classical music). 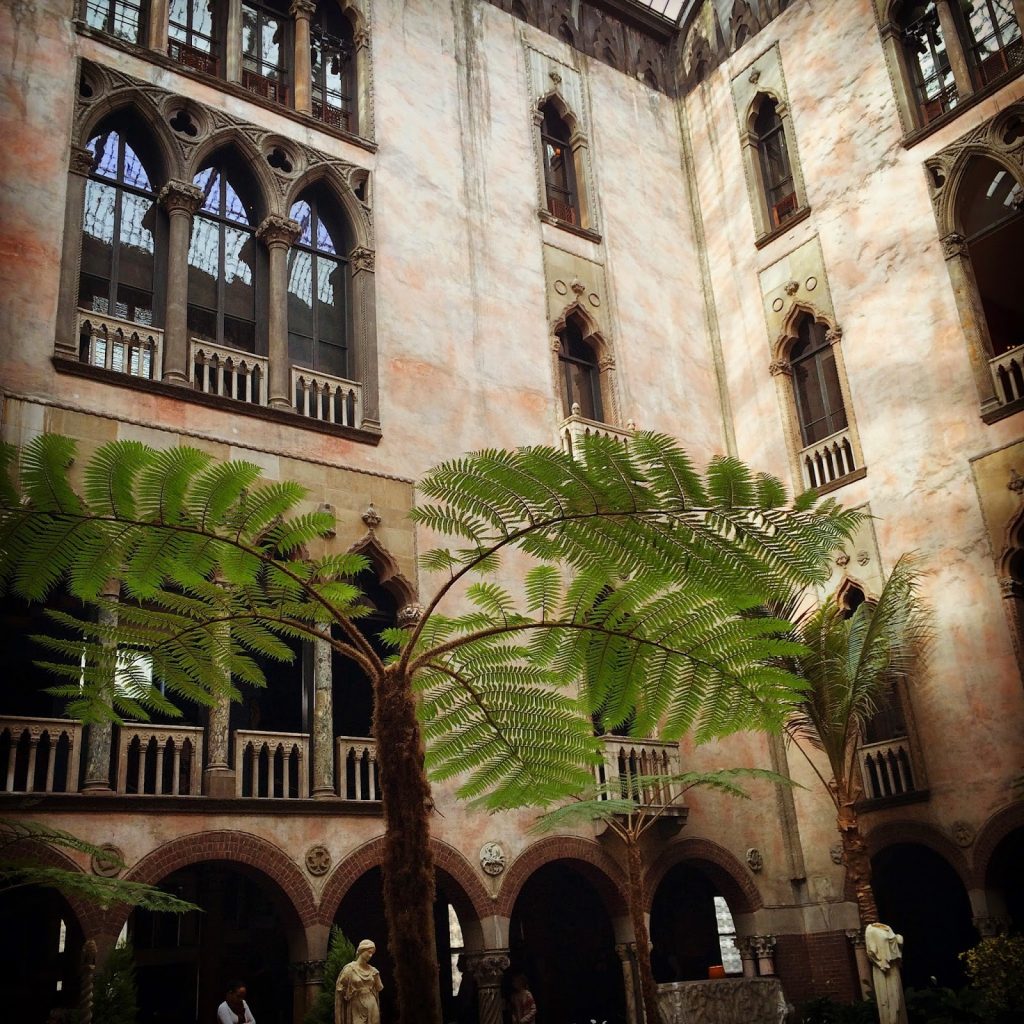 The cloister at the Isabella Stewart Gardner Museum was a breath of fresh air!  As it was the only place in this fabulous eccentric-billionaire-home-turned-museum where photos are allowed, I went crazy snapping pics of the “fern trees” and orchids and lion statuary.  It was warm and summery and beautiful in there and it makes me long for a garden…of very forgiving plants. 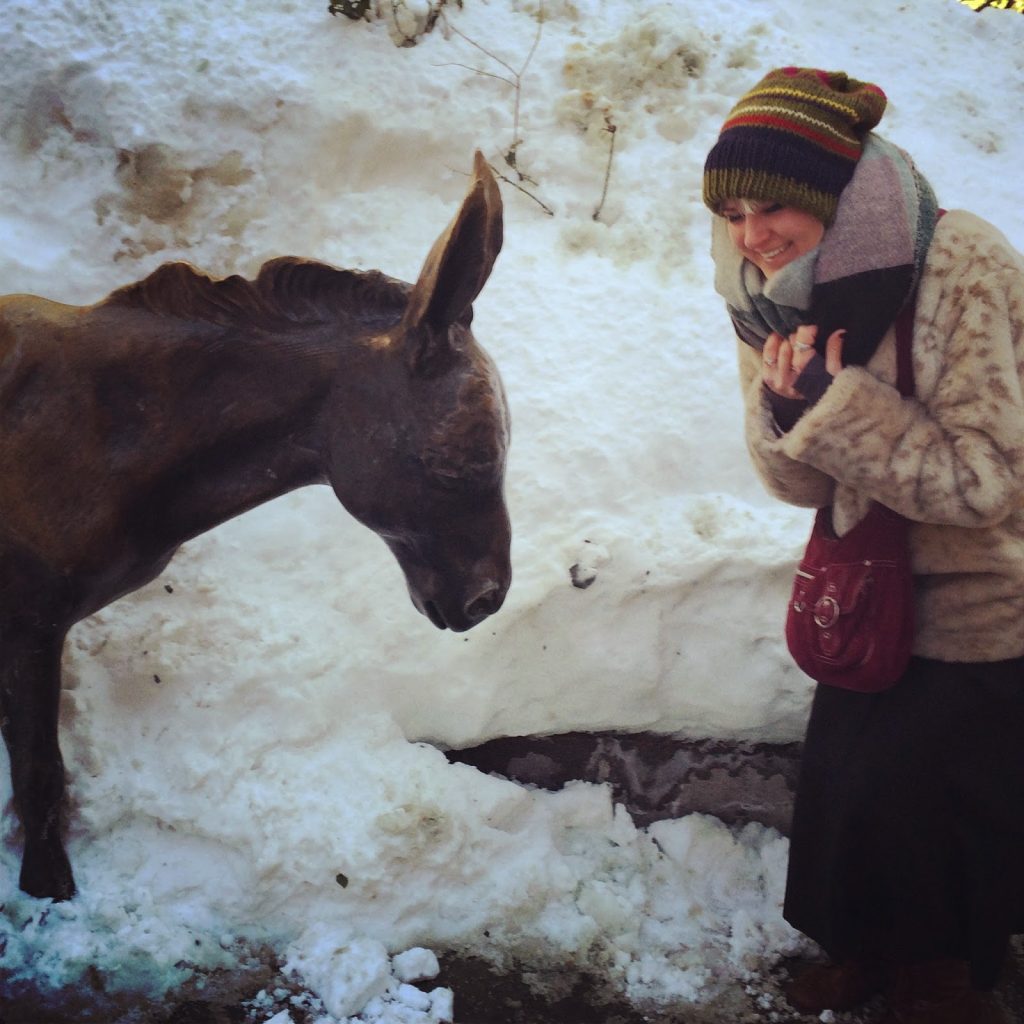 While visiting, I met a couple of my boyfriend’s oldest friends, and even made a new friend of my own!  Which is, of course, a totally asinine joke.  Womp womp. 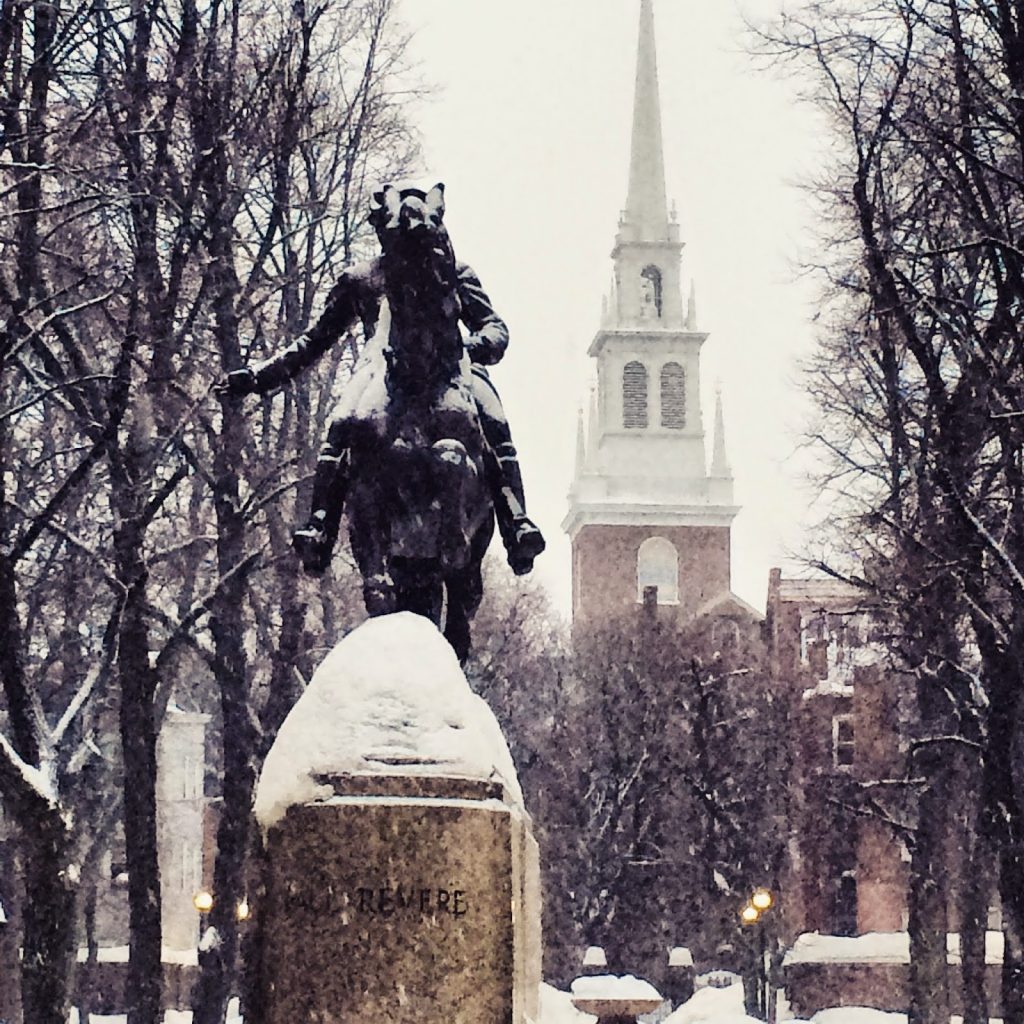 On our last night in the city, a lightly-falling snow kept the chill out of the air as we decided to explore the North side.  Winding through snowbanks up to our shoulders, we ducked in and out of spice shops, charming bakeries, churchyards, Italian food stores, and snow-buried parks in pursuit of Paul Revere’s house.  We got deliberately and successfully lost past trendy restaurants, crowded houses and other touristy thrillseekers like ourselves.  As the city loomed through the haze of snow, we flirted with disaster on icy sidewalks, winding up in a sidewalk produce market, and finally back downtown where we had begun.

So we ate more oysters and went to bed.

Til next time, Boston!