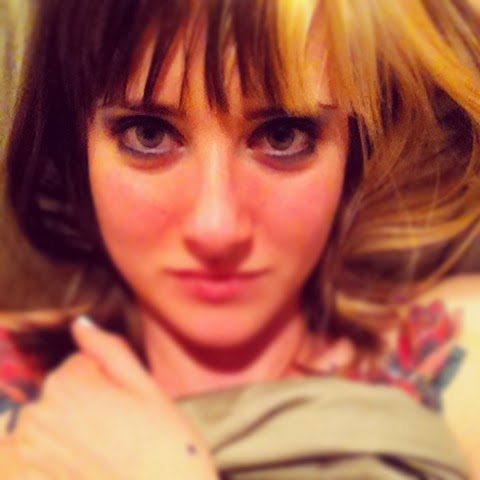 This week celebrates a kind of monumental anniversary for me.  Last year, I had to put an end to an unfortunate situation that I found myself in.  I share this in the hopes that my story helps someone else own something that’s happening – or has happened – to them.

On July 28th, 2012, I made the acquaintance of a mutual friend’s friend.  Despite my better judgement, I gave this man my contact information because I felt socially pressured to do so in the context of the situation.  What followed between that day and February 21st, 2014 was something that I blamed myself for, for a long time.  I even endured therapy to come to terms with it.  I was ashamed for a long time, powerless, and still frightened to this day.

It started off with a few texts.  Then, more texts.  Seven lengthy texts at one time would flood into my phone.  After I stopped responding to the texts, the voicemails came.  And when I didn’t return those calls, he came to my job and hung around for hours, distracting me from my work and getting me in trouble with my supervisors.

I believed and hoped with all my logical brain that ignoring the problem would make it go away.  And it did – for a few months here, a few months there.  Then an unknown number would pop up in my phone – and it was him, calling from a new number.

I said outright, on one of these many “trick” calls, that I did not wish to speak to him.  I would not answer any further calls.  And I would consider any further contact to be harassment and I would take action.

In July 2013, a new number, and when I answered:  “I know you told me not to contact you, but I really just wanted to see how you were doing…”  I hung up.  I was completely rattled.  I added the new number to a long list of numbers saved in my phone under a devil face emoji and tried to calm myself.

February 13, 2013.  I was doubled over my toilet with food poisoning, my parents calling me nonstop to tell me that my childhood dog was dying, crying inconsolably on the phone while I lay on the tile of the bathroom, retching my guts up.  In between these calls, the devil face emoji popped up on the screen.  Amid tears and puking, my boyfriend at the time showed me how to block telephone numbers on my iPhone.

A week later, a familiar face at work brought back those feelings nausea.  It was him.

I met the same boyfriend after work to tell him what had happened, and he encouraged me to go to the police.  I still refused to take the threat seriously…until he advised me to check the “blocked voicemail” section of my phone.  In the week that his number was blocked, he had left me 21 voicemails.  I was petrified, and finally convinced.  I spent the night in the police station, filling pages of personal statements and listening to these voicemails, filled with a rage and helplessness when asked again and again, why did you let this go on for so long?

If you are in a similar position, you may hear many people advise you “Just have your dad/brother/boyfriend beat this guy up!”  If you have heard this, I am sorry, and I know how you feel.  I think part of the reason I endured this situation for so long was because I wanted to have ownership over it.  I didn’t want to turn my life over to another man to deal with my problems.  And while ultimately, it was a man (who I still count as a friend) who convinced me to seek help, it was on my terms and worked out for the absolute best.  I found such a network of support and understanding.

Please feel free to share if you have ever been the victim of stalking/harassment.  Under all my rah-rah take back the night feminism, I still hid in shame when I became a victim.  You don’t have to be perfect.  You can do everything right and still be a victim.  That’s what I learned in a year.