I have been reading the reactions to the Isla Vista killings like I can’t get enough.  Elliot Rodgers acting out in violence because he felt entitled to female attention struck a chord with me and rattled me in a very personal way.

You see, earlier this year I had to seek legal intervention to prevent someone from contacting me, against my wishes, after it had been going on for a year and a half.  I felt penned in, threatened, and due to the very personal nature, I felt exploited and used.  I’m not sure what he felt, but I imagine it was something like Elliot Rodgers:  he felt that my feelings didn’t matter.  That when I said to leave me alone, he really just needed to continue to persist in contacting me until my resistance was worn down.

It’s really difficult to share this, but I feel like the time is right.  All the righteous uproar in reaction to Elliot Rodgers’ mysogynistic-motivated massacre was a surprise.  If any good can come out of this horribly dark act, let it be that we now recognize that women struggle constantly with the threat – yes, threat – of unwanted male pursuit and the repurcussions for refusing their advances.  For a year and a half I endured a situation that made me uncomfortable, first for fear of hurting someone’s feelings, and then because I felt that the price of being a woman was to be badgered by wannabe-suitors – there was even a part of me that felt guilty for feeling threatened, after all, shouldn’t I be flattered that anyone should take an interest in me?

But now people are speaking up.  Speaking up about rape culture, about female personhood, and sexual exploitation.  Tell me this:  were you ever asked to dance as a joke?  Ever had a man comment on your attractiveness to your face, and then laugh?  And do you keep in a jewelry drawer, for special occasions or for everyday use, the Decoy Wedding Ring? 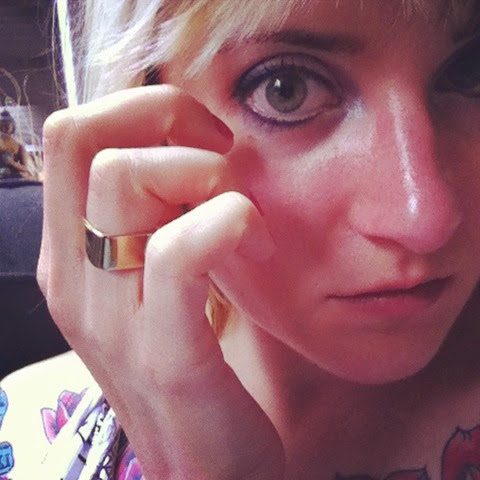 If so, then maybe you have something in common with me.  With millions of other women.  And maybe this is your fight, too.  And maybe now, we can – finally – win.