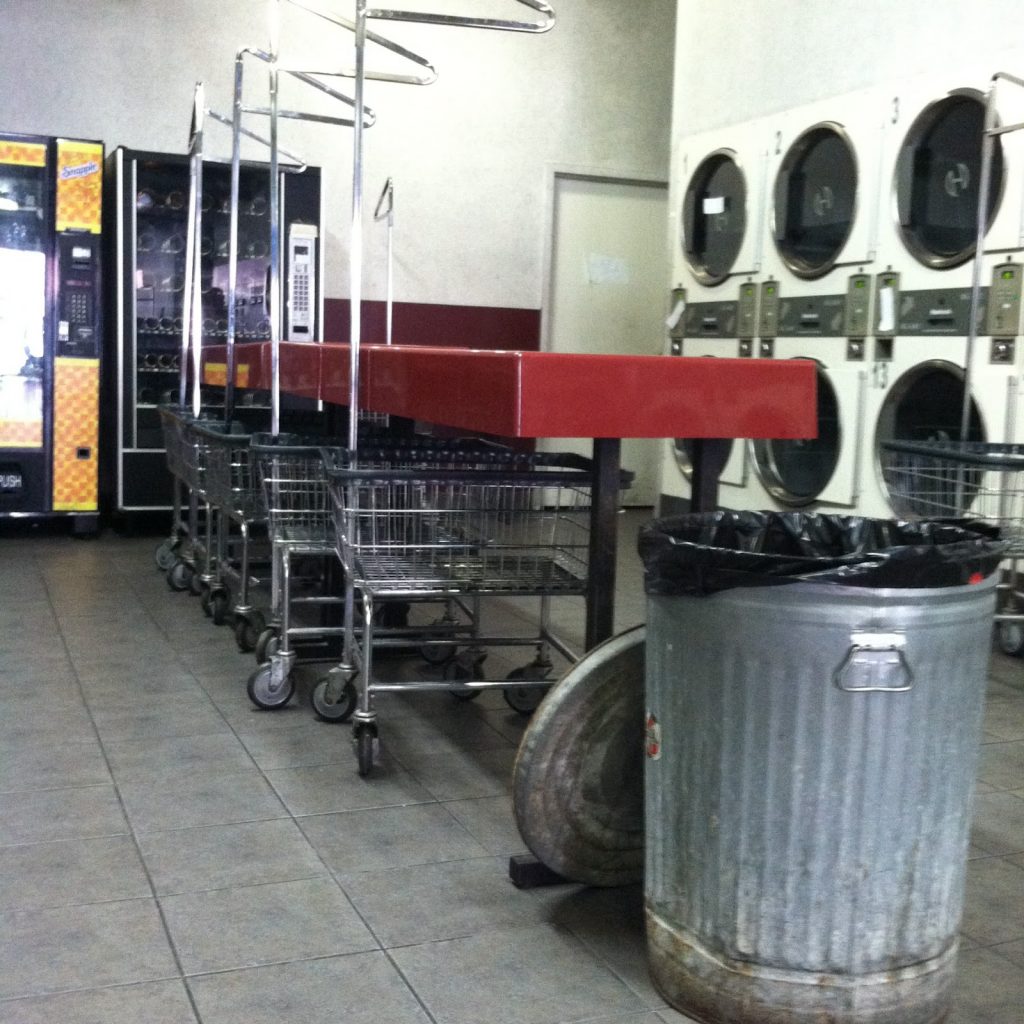 So last week I was sick.  At the first sign of getting better, I realized my life was A MESS.  Dirty clothes everywhere, near-empty seltzer bottles, random buckets lying around.  I had to start somewhere and I started with laundry.

My main concern with this Herculean task was being able to carry all my heavy laundry around the neighborhood while still severely weakened by the illness.  On a good day, it’s a big struggle.  But for three days, I was basically unable to get off the sofa, sometimes even blacking out in a bucket of my own puke causing a huge gash in my forehead: 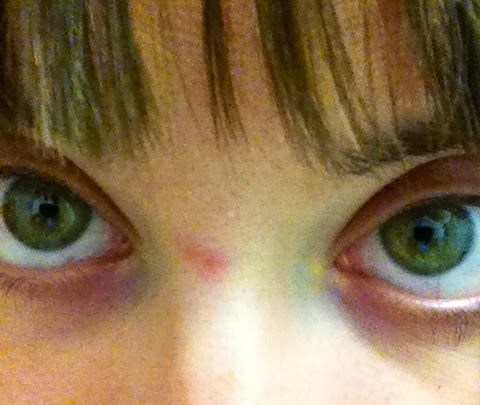 So I gathered up my mess, bundled up in not one but TWO coats, dabbed some Neosporin on my forehead to make it extra shiny and noticeable, heaved my bag upon my shoulders and trundled off to the laundromat.

And I was in a really great mood!  It felt so nice to be outside and breathe fresh air, be moving around and not feel chunks in the back of my throat!  It was a great day!  I smiled at everyone!  I made conversation with the laundress!  I laughed with the other patrons!  I was a beaming ray of sunshine!

I happened to choose a washer that was directly next to another one in use.  That patron sidled up next to me and jokingly accused me of being on “his turf.”  I laughed and said I’d come back to fight him at the end of the rinse cycle!

When I came back to move my things into the dryer, he was enjoying a small cigar on the stoop.

“You came back,” he stated matter-of-factly, teeth clenched around the cigar in his mouth.

“I never break a promise,” I drawled.

I started to mock fisticuffs at him, but he reached out both his arms to me.  Still jiving on my good day vibes, I returned the hug.  Maybe it was bravery.  Maybe I didn’t think it would count, since I was wearing double coats.  Double coats makes you mad brave.  You could fall down the subway stairs and the cushioning would keep you completely unharmed, probably.

While bear-hugging the cigar-smoking stranger on the stoop of the laundromat, something crazy happened.

The first was that I allowed it, and enjoyed it.  I enjoyed this physical connection.  It felt nice, after days of wretched illness and worry to be held.

The other crazy thing is, he lifted me off the ground.

When he set me back down, I was aglow.  YES!  Friendly attitude begets friendly results!  I am a beacon of positive energy!

“Can I get your number?”

My feet were back on the ground for real.

“Oh, uh, I’m seeing someone…”  I mumbled as I walked away down the street, feeling very rude and confused.

That brings the total number of times that I’ve been – er – picked up at the laundromat to 2.  TWO!

That is NOT normal.