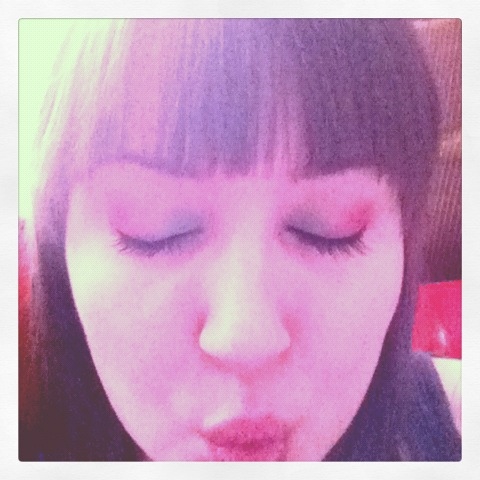 The year is 2002.  I am a flat-chested, acne-ridden, brace-faced senior
in high school.  So basically, not much has changed in 11 years, except the braces have since been removed.

And I am currently deeply involved in both the band and theatre circles of my high school, which means there are not many boys in my life.  Well, not many STRAIGHT ones, anyway.  So, being in the flute section, I decide that I must use my theatre connections to snag a man.  And being my senior year of high school, I decide it’s now or never, in that fatalistic way we all view our final year of mandatory schooling.

It’s spring, so the clock is ticking.  I am paired to perform a scene with a member of the opposite sex.  We are rehearsing after school in a hallway when I decide it’s Go Time.

Seizing upon the
opportunity, I laughingly suggest, “wouldn’t it be HILARIOUS if this
scene ended with a kiss?  LET’S REHEARSE A KISS.”

Of course, it was inconsequential to the scene, but I felt a twinge of
pride having finally, at the age of seventeen, kissed a boy.  A boy, that is, who was
not also my dog.

And I have been using cunning acts of trickery to kiss boys ever since.