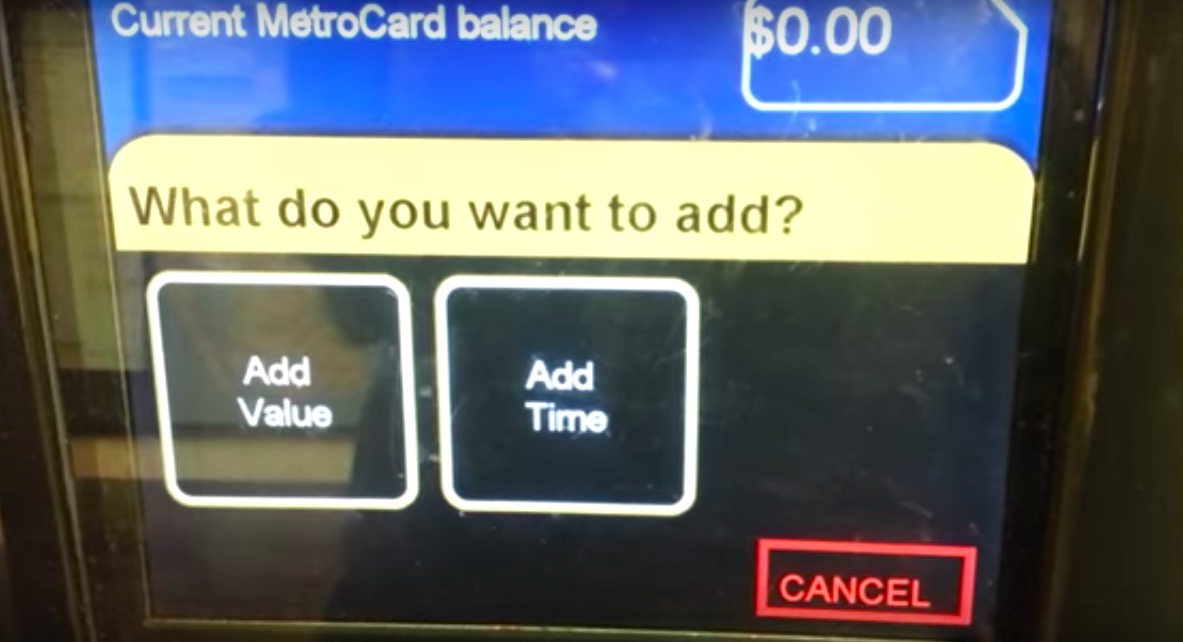 So, over the weekend, MetroCard machines all across the city are getting a software upgrade. For six hours, in the middle of the night, you won’t be able to use a credit or debit card to buy or refill your MetroCard! EEEK!

Yeah, you’re probably like, “Who cares?” but that’s only because you’re New York Elite. You’re the kind of person for who service interruptions don’t affect them! You don’t live, and never have lived, off the L, G, or 7 lines. YOU CAN AFFORD A LYFT! You’re an asshole. And I hate you. Because I’m exactly the kind of person who goes out of their way to avoid these kinds of New York Pitfalls, only to accidentally tumble riiiiight into them. Well, fuck me. I’m staying at home this weekend during the software upgrade — yep, I’m avoiding leaving the house like as if it’s SantaCon or something.

I also, while I’m venting about the vending, want to point out that the MetroCard pay-per-ride system is totally fucked. FUUUUUCKED, I tell you!

See, unless you ride the subway twice (2x) a day, EVERY DAY, your “Unlimited Rides” monthly card is NOT worth it. Do the math, I ain’t lyin’ to ya!

So unless you wanna throw your money at the MTA, as thanks for making you late and treating you like shit — hey, some people are into that! Don’t kink-shame, and if you are, HMU, I’ll be your #findom — you’re buying what they call a “Regulat MetroCard.”

Which is the biggest crock of shit LIE since those West Village brunch places told you it would only be a “twenty minute wait” for a table for two. BUUUUUUUUUUULLSHIIIIIIIIIIIIIIIT.

So you have opted to “add value” onto the card. You load your card up with money, which translates into paying for rides. This is the best idea the MTA could come up with? Because invariably, you find yourself with $2.69 left on the card, which is juuuuuuuust SIX CENTS SHORT of a full ride. WTF? You have to add MORE money on to the card. A few short swipes later, and you’ve got $1.57 on the card. WHAT THE HELL? Add more money. Now you’re trapped in an infinite loop where you’ve completely divorced yourself from knowing HOW manny rides your money will buy you: you’re mindlessly throwing money at the vending machine and crossing your fingers every time you swipe that you won’t have “insufficient fare.” That turnstile to the crotch hurts EXTRA hard when the machine that checks your balance (!) informs you that you only have $2.74 on the card. COME. ON!

What they SHOULD do, instead, is give us the option to buy RIDES. C’mon, MTA! Life is hard enough in The Big Apple without trying to carny-hussle us at the vending machines! Make it a clear and obvious system. Just. Buy. Rides. Save us the mental math and just say, “Okay, you’re paying $41.25? That’s FIFTEEN RIDES.” And do away with these $5.50 busses, I mean, come on. No bus ride is THAT NICE that it’s worth over FIVE DOLLARS. Just Buy Rides! Make it like, changing your money for tokens at the arcade. And while we’re at it…

Listen, I may just be one New Yorker, high on cold medicine, but even I know that this makes more sense than the current system. I mean, there’s a lot about the subway that just isn’t easy to solve: like, how to repair the L train without shutting it down and ruining thousands of hipsters’ lives for the entire year of 2019? But this should be OBVIOUS! Okay, /end rant.

image via mflogistics on YouTube, who explains everything you need to know to understand this post in case you’re not from NYC