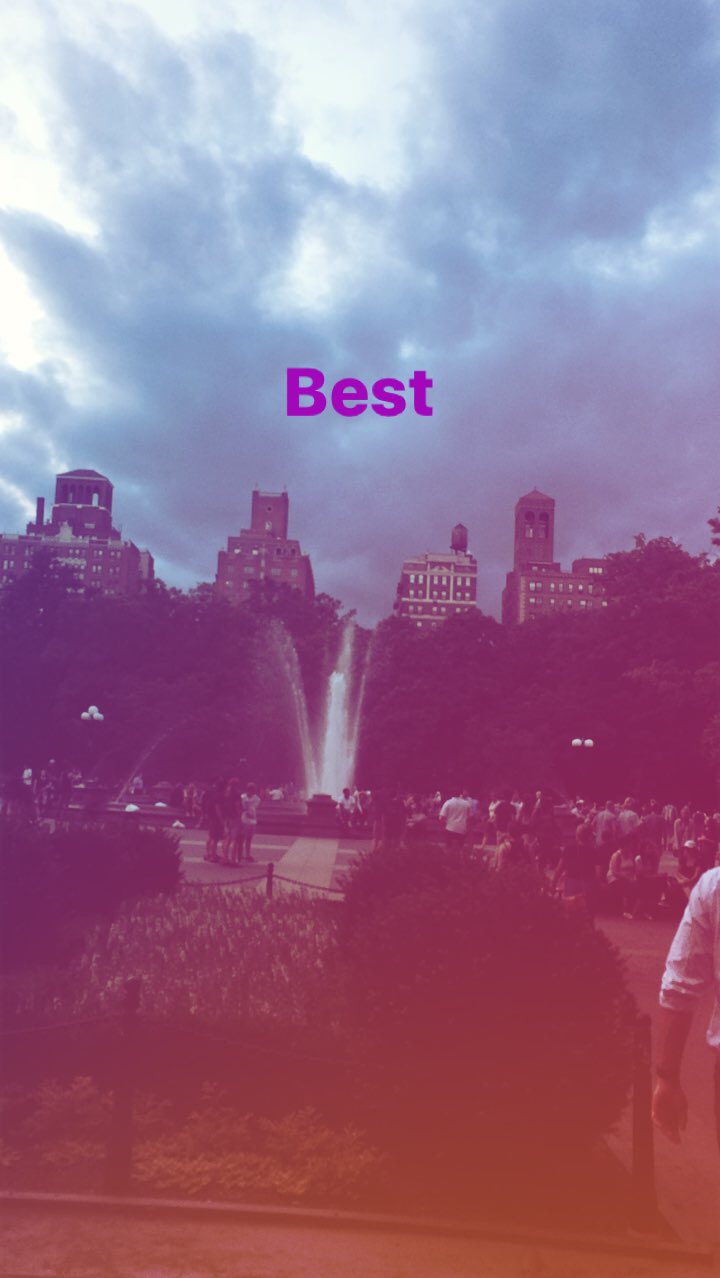 Pommes Frites will let you taste their sauces before you buy. I’m telling you, their Curry Ketchup is phenomenal! But you don’t have to believe me, just ask them to taste a sample!

We have Central Park. And you don’t.

Nothing is embarrassing here. Everybody lives stacked on top of top of each other, and nobody is “shocked” by anything. Everyone is going to get a bloody nose, throw up, and/or cry on the subway at some point. The kindness of strangers in these moments will surprise you. Pass it on.

Both The Metropolitan Museum of Art and the American Museum of Natural History are “suggested donation” museums, which means that, any time you want, you can go see the greatest science exhibits or the best art from all over the world for however much money you want. You decide! Seriously!

Speaking of parks, do you like LIVE JAZZ and SUNSHINE?!? Any given spring/summer weekend, Washington Square Park is host to numerous live music acts. You can literally spend the entire day in the park catching free live entertainment. Tip those musicians!

The sunglasses you can buy for $5 on the sidewalk in SoHo are better quality AND much more fashionable than any pair you’ll overpay for in the suburbs. And then lose.

Similarly, the coffee you’ll pay sixty cents for in the bodega will be better (stronger, more flavorful) than your usual Starbucks $5 cup o’swill. The only time you’ll ever need a Starbucks in NYC is for a bathroom. Patronize the local coffee establishments if you dare, for they will turn you into a coffee snob and ruin you for life.

Every neighborhood has a distinct and different “flavor” and “style.” New Yorkers attuned to this can become Culture Chameleons. You can indulge different aspects of your personality in different areas of the city, and traveling to a new subway stop means unlocking a new life.

The city is blissfully anonymous and endlessly enormous. Trying to avoid running into someone you’d rather not see, ever again, for the rest of your life? Nearly impossible in a small town. But in this city? Chances are you’ll never ever have to see those fuckers again. You won’t bump into them at the bank! You won’t get stuck in line with them at the Post Office! You won’t have to make small talk with them at the grocery store! You’re FREE to live your life!

When you travel to other countries, you don’t have to tell them you’re an American: you can say that you’re a New Yorker and they’ll be relieved to know that you didn’t vote for Donald Trump.